Oswalt hit near ear by Ramirez liner, X-rays next

One of the Phillies aces appears to be OK after a scary moment during his latest spring training start.

Pitcher Roy Oswalt was hit behind the right ear by a line drive off the bat of Rays slugger Manny Ramirez in the fourth inning of the Phillies 4-1 loss Wednesday.

Oswalt left the field on his own power and was taken for X-rays, which came back negative. 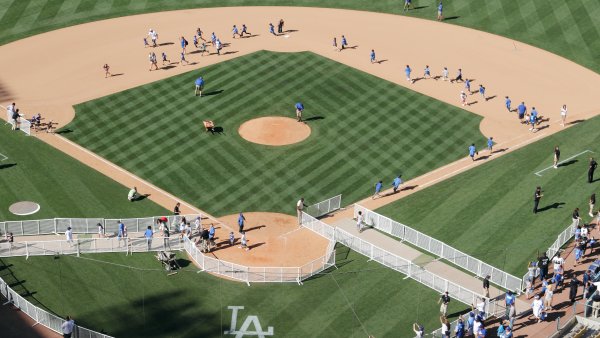 The 33-year-old righty seemingly avoided what could have been a big setup.

The Phillies said Oswalt had a neck bruise but didn't lose consciousness and wasn’t dizzy while leaving the field.

Oswalt fell to the ground and remained there until a trainer reached the mound to examine him. The right-hander stood up and after a brief discussion walked to the visiting clubhouse on his own. He was down for less than a minute.

Evan Longoria homered leading off the fourth against Oswalt. Ramirez, who had a RBI double in the first, was the next batter.

To add insult to injury, Oswalt took the loss after giving up three earned runs on four hits in three-plus innings.

The Phillies bats struggled against Rays starter James Shields, managing just four hits and no runs in seven innings. It was until backup catcher Erik Kratz’s RBI hit in the top of the ninth that the Phightins got on the board.

Recently signed 2B Luis Castillo was 0-for-4 in his Phillies debut.

The loss dropped the Phils to 17-10 in Grapefruit League play. Cole Hamels takes the hill Thursday as the Phillies face the Twins in Clearwater.