As in, "shoot 42 percent from three in college and still be projected to be drafted late in the second round" tough.

That's the challenge Oregon shooting guard Tyler Dorsey is up against. And he is ready to tackle it in his pre-draft workouts, including Wednesday with the Sixers.

"I shot it well," Dorsey said. "I put a lot of shots up. When I shoot it well, it comes easy to me and I focus on that a lot. Shooting is my strength."

He helped lead Oregon to a No. 1 seed in the 2016 NCAA Tournament. This year he was a force for the third-seeded Ducks, scoring 27 points in their Elite Eight upset over No. 1-ranked Kansas. Dorsey posted 23.8 points and shot 60.6 percent from long-range (20 for 33) in five tournament games. 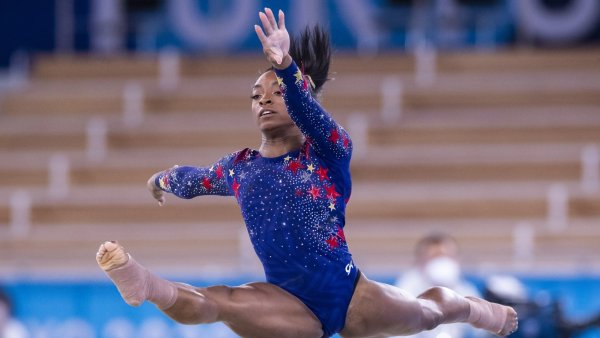 Outpouring of Support for Simone Biles From Olympians Past and Present

The 6-foot-4, 180-pound guard is looking to expand his repertoire beyond his offensive production. He logged the second-fastest time among all players in the lane agility drill at the combine (10.55 seconds) and finished in the top 10 in the three-quarter sprint (3.16 seconds) and shuttle run (2.98 seconds). Since declaring for the draft, Dorsey has been working on his ball handling and defense while also studying film.

"I am combo guard," Dorsey said. "I can play off the ball and on the ball. Also, I can show that I'm a two-way player, I can guard the one and the two. Also, reading ball screens well and showing how fast I can be in the open court."

Dorsey sees how his skills could fit in the Sixers' backcourt and their plans to utilize Ben Simmons at point guard. The Sixers are in need of a scoring boost. Last season, they tied the Bulls for 24th in three-point shooting (34.0 percent) and ranked 25th in points per game (102.4).

"A lot of teams are going for the two-guard tandem," Dorsey said. "I think I can come in and be that two-way player. … I would fit in good [with Simmons.] He's a willing passer, a pass-first guy on the court. I would love to play with him and spot up and knock those shots down."

Following Dorsey's workout with the Sixers, he will return to familiar territory and work out for the Trail Blazers. He also has workouts with the Kings, Pelicans and Spurs scheduled before the draft.