The Flyers are nearing the one-year mark from when they last had groups of fans in the Wells Fargo Center for a game.

In five weeks, it will have been a full calendar year since the team's 2-0 loss to the Bruins on March 10, 2020, when 19,689 fans packed the Wells Fargo Center with the Flyers performing as one of the NHL's hottest clubs coming down the 2019-20 regular-season stretch. The game turned out to be the final hurrah for fans before the coronavirus pandemic changed the way of life across the United States.

The Flyers and the Wells Fargo Center have taken a notable step in preparation for when fans can return to the stands, the hope being at some point in 2021. The arena has received the International WELL Building Institute's health-safety rating for facility operations and management, which is a third-party verified rating of the Wells Fargo Center's health and safety protocols. Per a release, IWBI "assesses new and existing buildings' policies, protocols, and emergency plans to address pandemic challenges and broader health and safety issues in the future."

The Wells Fargo Center is hoping to have Sixers and Flyers fans back in the arena by the time the NBA and NHL playoffs start. NBC10's Tim Furlong has the details.

"Wells Fargo Center received this science-based designation as a result of its significant efforts to ensure the health and safety of all who enter the building,” Jessica Cooper, chief commercial officer at IWBI, said in the release. “Wells Fargo Center has taken significant steps, backed by scientific evidence, to help keep everyone safe when they visit the arena.” 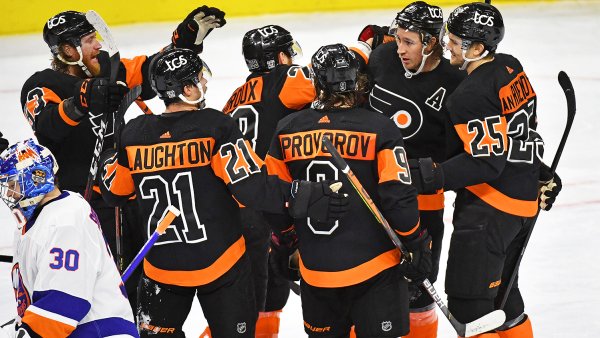 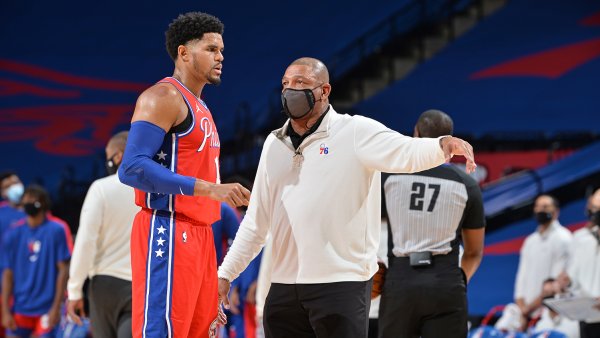 The Wells Fargo Center recently underwent an $11 million renovation of the HVAC system, which has all the air in the seating bowl of the arena replaced every 30 minutes.

“The health and safety of our guests, employees, athletes and entertainers is our top priority — that’s why we’ve been working around the clock to ensure Wells Fargo Center is ready to welcome fans back later this year,” Valerie Camillo, Flyers and Wells Fargo Center president of business operations, said in the release. “Receiving the WELL health-safety rating is an incredible achievement that shows our fans that we’re committed to rigorous standards for health and safety.

“We know how much this building means to the entire city and the memories it creates for so many people. On top of this rating, we’re going to continue to follow the guidance of public health officials at the city, state, and national levels so that we’re ready to welcome fans back to Wells Fargo Center for hockey, basketball, concerts and more later this year. The WELL health-safety rating, along with our extensive health and safety efforts, puts us on the path to bringing our fans and part-time workers back as safely and as soon as possible.”

Currently in Philadelphia, large indoor social gatherings are prohibited. The NHL is following the rules and regulations of the local health authority in each of its teams' markets. The league set its own arena protocols prior to the season.