DeSean Jackson highlighted a quote attributed to Hitler and shared admiration for Nation of Islam leader Louis Farrakhan in a series of Instagram posts Monday evening.

Jackson, who has 1.4 million followers on Instagram, initially posted a screen shot of a quote widely attributed to Hitler saying, among other things:

“Because the white Jews knows that the Negroes are the real Children of Israel and to keep Americas secret the Jews will blackmail America. They will extort America, their plan for world domination won’t work if the Negroes know who they were. The white citizens of America will be terrified to know that all this time they’ve been mistreating and discriminating and lynching the Children of Israel.”

The Eagles released a statement just before noon Tuesday, calling the messages "absolutely appalling" and saying that they are "continuing to evaluate the circumstances and will take appropriate action."

Considering the nature of the messages it will be impossible for them not to take strong disciplinary action possibly including a suspension or even releasing him.

Kyle Neubeck of PhillyVoice tracked down the origin of the quote to a 1980 book called “The Nazis World War II” by Robert Edwin Herzstein. 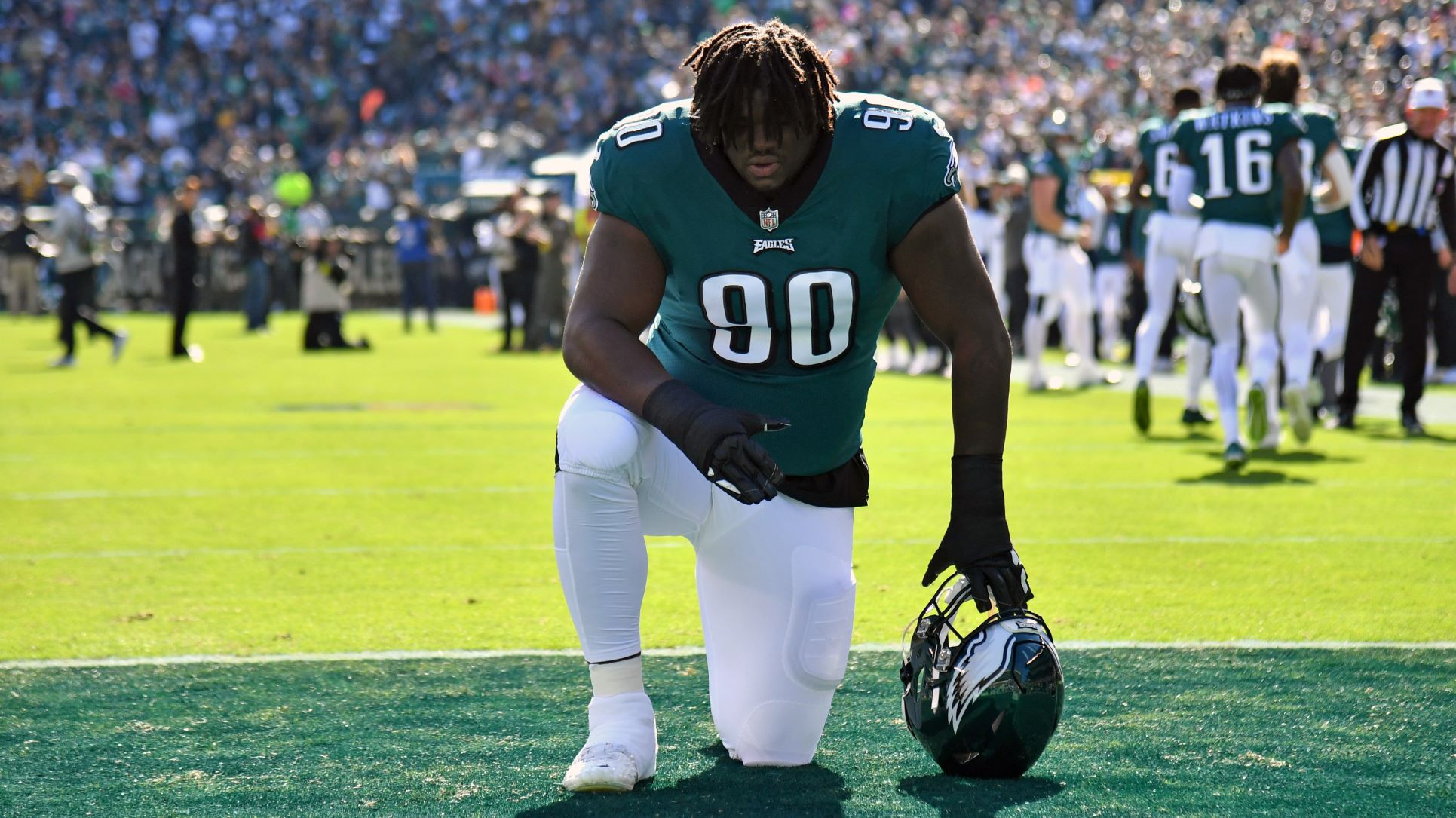 But whether the quote is authentic or not, quoting Hitler is about as offensive as you can possibly get.

Jackson also posted a clip from a speech Farrakhan made in Chicago on July 4 where he alleged that White House coronavirus adviser Dr. Anthony Fauci and Microsoft founder Bill Gates were plotting to use a virus vaccine to "depopulate the Earth."

Jackson commented, "This man powerful. I hope everyone got a chance to watch this! Don't be blinded. Know what's going on!"

Farrakhan is a noted anti-Semite and homophobe who was among several prominent people whose posts were banned by Facebook in May of 2019 for promoting or engaging in “violence and hate.”

After followers challenged and questioned Jackson, he wrote, “ANYONE WHO FEELS I HAVE HATE TOWARDS THE JEWISH COMMUNITY TOOK MY POST THE WRONG WAY I HAVE NO HATRED IN MY HEART TOWARDS NO ONE.”

Joe Banner, who was the Eagles’ team president when they drafted Jackson in 2008, tweeted that if a white player said anything comparable to what Jackson said there would be a “conversation about cutting him.”

Jackson is due to earn $6.2 million this year on the second year of a three-year, $27.9 million contract.

UPDATE: Jackson has subsequently posted the below apology to his Instagram: