Bryce Harper's Offseason Begins With Another Show of Support for J.T. Realmuto

Bryce Harper began his offseason by doing what he's done for a year: rep J.T. Realmuto.

Harper has repeatedly called for the team to re-sign Realmuto, who is probably their best all-around player. Realmuto will have a number of suitors in free agency this winter, including the Phillies, Mets and likely the Dodgers, Yankees, Nationals and Braves. There will be others, too. 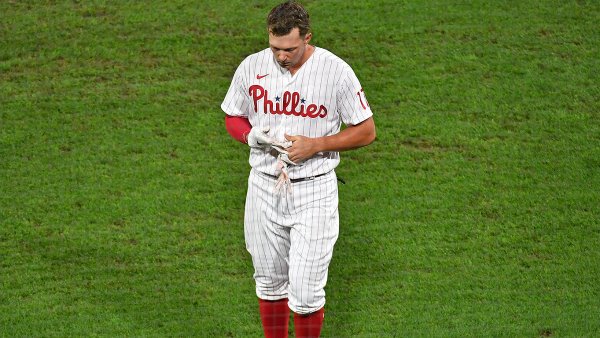 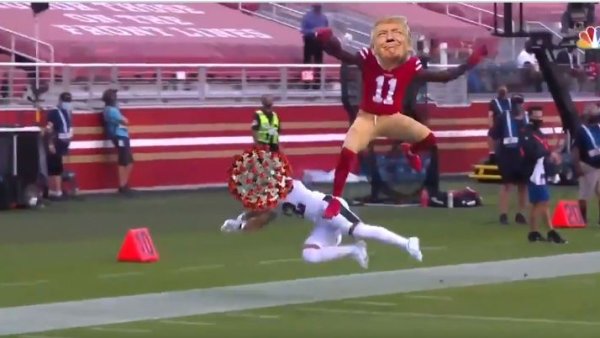 To re-sign Realmuto, the Phillies will likely have to exceed Zack Wheeler's AAV over at least as many years. If not for the pandemic, Realmuto would have soared well past that point.

Wheeler signed for $118 million over five years, $23.6 million per year. Realmuto, at this point, could be closer in line for something like $150 million over six years. Harper's AAV is $25.38 million. Could Realmuto's be even higher? It will all depend on the bidding war.

This summer, Realmuto reached an even higher level offensively by hitting for more power. Through his first 65 plate appearances, he hit .300 with 8 HR, 20 RBI and a 1.071 OPS.

Realmuto's offense will come and go, though it's still more consistent than just about any catcher's. His defense can always be counted on, and he led all catchers again in speed from home to first base. He may not be the best running catcher at age 36 but should remain in that conversation for another few years.

The Phillies need no reason other than Realmuto's skill set to re-sign him, but keeping Harper happy is also important. Harper has been a huge fan of Realmuto dating back to his days in D.C. and Realmuto's in Miami. Harper wanted him on the Nationals. The Nats could never acquire him, and the Phillies finally did in February 2019, just shy of a month before the Phils signed Harper. That certainly aided in wooing Harper.

The Phillies have $59.5 million coming off the books with Jake Arrieta, David Robertson, Didi Gregorius and Realmuto all reaching free agency. Some of that money will go toward revamping the bullpen and adding a starting pitcher or two. Some could go toward Realmuto. Some could go unspent because the Phillies lost more than $100 million this year with the pandemic.

Phillies managing partner John Middleton cited unknown 2021 revenues when asked over the weekend about Realmuto's future here. Middleton also distanced himself from the initial trade of Sixto Sanchez for Realmuto, saying he wanted a deal done only if his baseball people (i.e. Matt Klentak) could complete an extension.