Turns out last week was a busy one for the Phillies.

They lost their season finale in Tampa Bay, missing out on a chance to claim the National League’s eighth and final playoff spot even though they finished with a losing record. Later in the week, Matt Klentak was demoted from his role as general manager. And, in between, first baseman Rhys Hoskins had surgery to repair his injured left elbow. 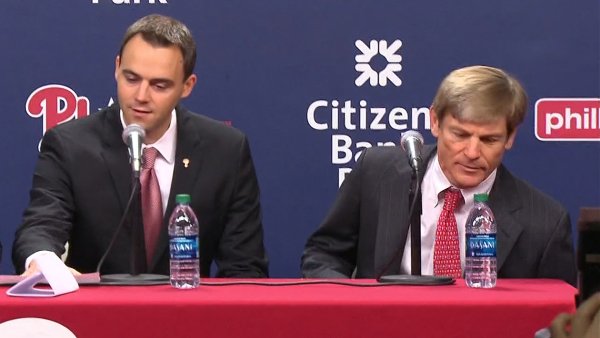 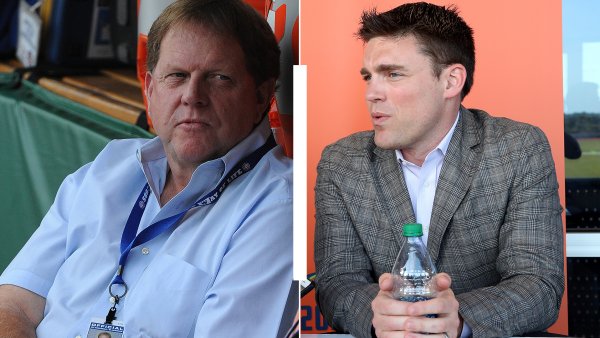 With Klentak Out, Here Are 14 Ideas for the Phillies' Next GM

According to the team, Hoskins had his ulna collateral ligament surgically repaired by team physician Steve Cohen on Friday. The procedure, commonly known as Tommy John surgery, is often performed on pitchers and for them requires at least a year of recovery time. Because he is not a pitcher and the injury was to his non-throwing arm, Hoskins could be ready to play in four to six months, according to the team. That would put him on target to play in spring training.

At least two other Phillies position players have had Tommy John surgery in their careers. Shortstop Didi Gregorius had it when he was with the Yankees and catcher Andrew Knapp had it when he was in the Phillies’ minor-league system.

Both of those players had the surgery on their throwing arms.

Gregorius had the surgery in October 2018 and returned to action in minor-league rehab games six months later. He was back in the majors playing regularly seven months after surgery.

Hoskins suffered the injury making a play on a wide throw Sept. 12 in Miami. His left arm collided with a baserunner and bent awkwardly, causing damage to the UCL.