On the second day of the Olympian runner's bail hearing, prosecutors argued that Oscar Pistorius' fatal shooting of his girlfriend was premeditated

The detective leading the police investigation into Oscar Pistorius' fatal shooting of his girlfriend offered confusing testimony Wednesday, at one point agreeing with the athlete's defense that officers had no evidence challenging the runner's claim he accidentally killed her.

Testimony by Detective Warrant Officer Hilton Botha of the South African Police Service left prosecutors rubbing their temples, only able to look down at their notes as he misjudged distances and acknowledged a forensics team left in the toilet bowl one of the bullet slugs fired at Reeva Steenkamp. However, Botha still poked holes in Pistorius' own account that he feared for his life and opened fire on Valentine's Day after mistaking Steenkamp for an intruder.

NFL Coaches Allowed to Return to Team Facilities on Friday 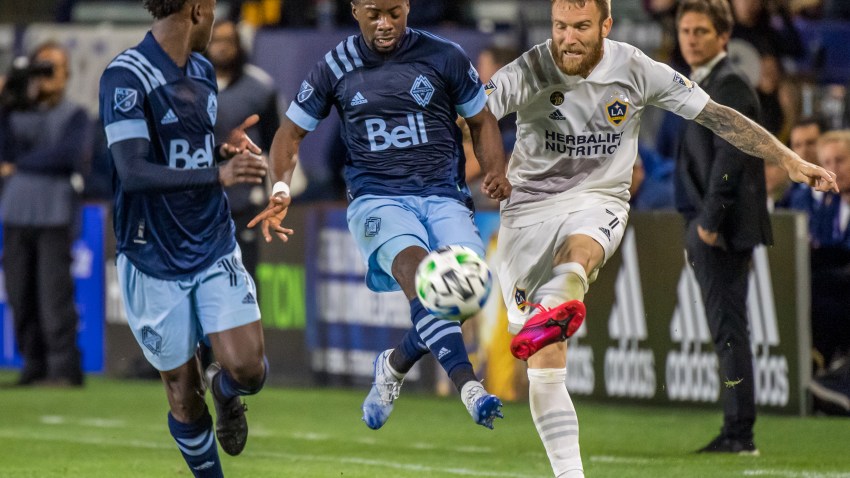 The second day of the bail hearing in a case that has riveted South Africa and much of the world appeared at first to go against the double-amputee runner, with prosecutors saying a witness can testify to hearing "non-stop talking, like shouting" between 2 a.m. and 3 a.m. before the predawn shooting on Feb. 14. However, Botha later said under cross examination that the person who overheard the argument was in a house 600 meters (yards) away in Pistorius' gated community in the suburbs of South Africa's capital, Pretoria.

Later, prosecutor Gerrie Nel questioned Botha again and the detective acknowledged the distance was much closer. But confusion reigned for much of his testimony, when at one point Botha said officers found syringes and steroids in Pistorius' bedroom. Nel quickly cut the officer off and said the drugs were actually testosterone.

Pistorius' lead defense lawyer, Barry Roux, asserted when questioning the detective — who has 16 years' experience as a detective and 24 years with the police — that it was not a banned substance and that police were trying to give the discovery a "negative connotation."

"It is an herbal remedy," Roux said. "It is not a steroid and it is not a banned substance."

The name of the drug, offered later in court by Roux, could not be immediately found in reference materials by The Associated Press. A spokesman for prosecutors later said it's too early to know what the substance is, as they don't yet have results of forensic testing on the material.

Pistorius, 26, said in an affidavit read in court Tuesday that he and his 29-year-old girlfriend had gone to bed and that when he awoke during the night he detected what he thought was an intruder in the bathroom. He testified that he grabbed his 9 mm pistol and fired into the door of a toilet enclosed in the bathroom, only to discover later to his horror that Steenkamp was there, mortally wounded.

Pistorius, the first Paralympian runner to compete at the Olympics, is charged with premeditated murder in the case.

The prosecution attempted to cement its argument that the couple had a shouting match, that Steenkamp fled and locked herself into the toilet stall of the bathroom and that Pistorius fired four shots through the door, hitting her with three bullets.

Botha said: "I believe that he knew that Reeva was in the bathroom and he shot four shots through the door."

But asked if the police found anything inconsistent with the version of events presented by Pistorius, Botha responded that they had not. He later said nothing contradicted the police's version either.

Nel projected a plan of the bedroom and bathroom in the courtroom and argued that Pistorius had to walk past his bed to get to the bathroom and could not have done so without realizing that Steenkamp was not in the bed.

"There's no other way of getting there," Nel said.

Botha said the trajectory of the bullets showed the gun was fired pointed down and from a height. This seems to conflict with Pistorius' statement Tuesday, because the athlete said that he did not have on his prosthetics and on his stumps and feeling vulnerable because he was in a low position when he opened fired.

Officers also found .38-caliber pistol rounds in a safe, which Botha said Pistorius owned illegally and for which he said the athlete would be charged with a crime. However, Botha also acknowledged investigators didn't take photographs of the ammunition and let Pistorius' supporters at the crime scene take them away.

Botha said the holster for the 9 mm pistol was found under the left side of the bed, the side on which Steenkamp slept. He also implied it would have been impossible for Pistorius to get the gun without checking to see if Steenkamp was there. Roux later argued that Pistorius had suffered an injury to his right shoulder and wore a "medical patch" the night of the killing which forced him to sleep on the left side of the bed.

Steenkamp was shot in the head over her right ear and in her right elbow and hip, breaking her arm and hip, Botha said. However, Roux later asked Botha if Steenkamp's body showed "any pattern of defensive wounds." The detective said no.

Botha also said the shots were fired from 1.5 meters (five feet), and that police found three spent cartridges in the bathroom and one in the hallway connecting the bathroom to the bedroom. However, later on cross-examination by the defense, Botha said he wasn't a forensics expert and couldn't answer some questions.

Police also found two iPhones in the bathroom and two BlackBerrys in the bedroom, Botha said, adding that none had been used to phone for help. Roux later suggested that a fifth phone, not collected by the police, was used by Pistorius to make calls for a hospital and help. After the hearing, Roux told journalists that Pistorius' defense team had the phone, but did not elaborate.

Guards at the gated community where Pistorius lives did call the athlete, Botha said. The detective said that all the athlete said was: "I'm all right."

He didn't hang up, Botha said, and the guards heard him uncontrollably weep.

"Was it part of his premeditated plan, not to switch off the phone and cry?" Roux asked sarcastically.