Sorting the Playoff Pile, Divisional Round: Are You There God? It's Me, Donovan


Sorting the Sunday Pile looks back at the NFL weekend that was. It's also an unofficial Mittens blog.

There's still a lot of football to be played, as they say, but from the vantage point of a fifth NFC Championship game appearance this decade, the Eagles might look back to their 48-20 Turkey Day whuppin' of the Cardinals as the turning point in a topsy-turvy '08. 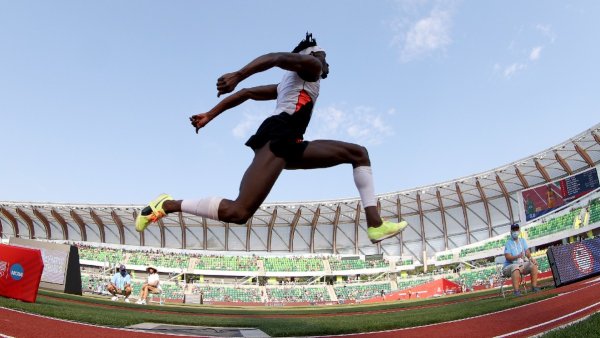 Will Claye 32 mins ago

5 Things to Know About Will Claye 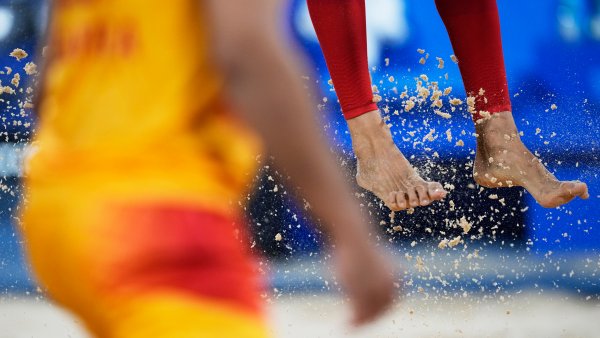 Philly would win four of five to close out the regular season, fall ass backwards into the playoffs (thanks to the Bears and the Bucs inexplicably losing Week 17 games to the Texans and Raiders, respectively), outlast the Vikings in the wild-card round, and then play like one of the best teams in the league against the Giants yesterday.

It's all been very schizophrenic; from the preseason expectations, to the midseason implosion (which included the requisite calls for head coach Andy Reid to be fired and quarterback Donovan McNabb to be released), to the "definitely didn't see that coming" resurrection that now has them just one game away from the Super Bowl. And all the Eagles have to do is beat the same team they steamrolled back on Nov. 27: the Arizona Cardinals.

But here's the thing: a month-and-a-half later, the Cardinals, like the Eagles, are a very different team. For starters, they finally won a meaningful game east of Mill Ave. The defense, which hasn't been afraid to mail it in on occasion, looked positively dominating against the Panthers, though, to be fair, Jake Delhomme couldn't have played worse if he were wheelchair bound and blindfolded.

Plus, since Arizona won the mighty NFC West, they'll be hosting the championship game at the Pink Taco, where they were 7-2 this season. And I honestly don't know what to expect. Kurt Warner and his magic gloves could hang 40 points on the Eagles just as easily as McNabb and Brian Westbrook doing the same against a Cards' pass defense that has gone missing for long stretches at various points in the previous five months.

So, yeah, nobody saw this coming. But isn't that good? I mean, unless you lived in New England, there wasn't much excitement in watching the Patriots steamroll their way through the 2007 schedule. Not until the Super Bowl, anyway. And that's the thing -- the whole idea of "Any Given Sunday" becomes something more than a crappy Al Pacino movie (featuring Bill Bellamy!) or a tired cliché. Which, to me, makes the NFL measurably more interesting. Even if it means the Cards go to the Super Bowl. Somehow I think Jake Plummer would want it that way.

... No idea where the Steelers' have been hiding that running game, or why they waited until 19 weeks into the season to unveil it. But anytime Willie Parker can rush for 146 yards and score two touchdowns -- and more importantly, recently concussed Ben Roethlisberger only has to throw the ball 26 times -- you have to like Pittsburgh's chances.

Actually, I think Sunday night's success was a confluence of events: first, Parker looked as healthy as ever. Apparently, a healthy Willie is much better than a 50 percent Willie. Weird. (I'm guessing the same holds for LaDainian Tomlinson; he's much better when his groin is fully intact. Again, weird.) Also, the Steelers' offensive line played out of its collective mind, which, frankly, had to be a pleasant surprise for anybody who's watched this unit through shielded eyes and clinched teeth. All that plus a suspect Chargers defense provides a nice little warm-up for a third go-round with the Ravens next week.

By the way, there's a 100 percent chance LaMarr Woodley hears from the NFL about his second-half sack of Chargers quarterback Philip Rivers. It looked a lot like this, but more violent. And since tackling QBs "in an intimidating manner" is frowned up down at league headquarters, Woodley can expect to find next week's paycheck at least ten grand lighter than normal. Eh, it was worth it, if for no other reason than I'm pretty sure Rivers unleashed an F-bomb-laden tirade* on Woodley for pile-driving him into the turf.

Also, more generally, BadSnap has a nice collection of links showcasing just how absurdly fine-happy the NFL was in '08. (And yes, I'll definitely pimp any blog willing to give me my own tag. It's called getting "Brinson-ed.")

* I know, I know, Philip, like Kenneth, doesn't use swear words. It was a joke.

... Speaking of Brinson, he was in the press box for the Cardinals-Panthers game, and despite his Carolina fandom, provided some kick-ass coverage. Virtual high-five to you, sir. Al Gore most certainly weeps tears of joy at how his wonderful invention has evolved from a tool for nerds to communicate over long distances into the magical world of sports blogs.

... Let me take a stab at the story line leading up to Sunday's Ravens-Steelers death match: "Both teams feature GREAT defenses, the offenses rely on stout rushing attacks and game-manager quarterbacks! Vapidity rules!"

Forget for the moment that Big Ben has something like eight fourth quarter come-from-behind wins in his five-year career, or that the '08 Steelers have had a running game for approximately 18 hours. Or that Baltimore rookie Joe Flacco has been asked to do little more than give the ball to Le'Ron McClain, throw play-action bombs to Derrick Mason, and get out of the way so the defense can do the rest. Yes, Flacco is exactly what the Ravens have been lacking since Brian Billick, offensive mastermind, came to Baltimore. And there's no way this team is still in the playoffs (or, hell, even makes the playoffs) with Kyle Boller as the starter.

But let's try to keep this in perspective; the long list of indistinguished QBs that Billick put on the field for the Ravens set the bar pretty low. Flacco is hard to rattle, shows poise beyond his years, and has a better arm than a Jay Cutler-John Elway Frankenstein ... but it's not like he's asked to do much. Again, that's not a knock -- he does exactly what offensive coordinator Cam Cameron asks of him -- just that it's not clear if he's capable of putting the team on his back if they get down big early.

Something else to consider: Kerry Collins and Chris Johnson carved up Baltimore's defense during the first half of Saturday's game. Now, these two characters did the same thing to Pittsburgh in Week 17, so maybe it doesn't mean much. Or maybe it points to an important distinction between the two AFC North rivals: if the Ravens' defense struggles, they have virtually no chance of winning. The Steelers, on the other hand, have had to rely on Big Ben to wiling them to victory when the defense couldn't make a late-game stand. Perhaps it won't come to that this week, although the two previous meetings between these teams suggest otherwise.

... Random Fun Fact: Arizona's last playoff appearance came in 1998, when the Jake Plummer All-Stars defeated the Cowboys. Since that time the Cards are 3-1 in postseason play; the Cowboys are 0-5.

"I wasn't out because they didn't call it."
-Ravens quarterback Joe Flacco, who narrowly avoided an "Orlovsky"

"I'm at a loss for words ... Usually I'm not. For one reason or another, I didn't give us a chance tonight."
- Panthers quarterback Jake Delhomme, who threw five interceptions against the Cardinals ... on his birthday, no less

"We had the one play in the third quarter, so I mean you don't get many runs when you only have one play and it's a batted ball."
- Chargers coach Norv Turner responding to a question about whether he was frustrated that his team couldn't establish a running game

Sorting the Playoff Pile, Divisional Round: Are You There God? It's Me, Donovan originally appeared on NFL FanHouse on Mon, 12 Jan 2009 08:30:00 EST . Please see our terms for use of feeds.