Clark, 28, was pulled over for a vehicle violation south of downtown at about 9:20 p.m. Sunday, LAPD public information officer Tony Im said.

“Officers noticed a bag with an Uzi sticking out" in plain sight in the car," Im said.

Clark was arrested on suspicion of having a concealed firearm in a vehicle, Im said.

He was booked into Los Angeles County jail and released Monday afternoon on $35,000 bond, according to the county sheriff's jail inmate website.

“We are aware of the matter which will be reviewed under the NFL’s personal conduct policy,” NFL spokesman Brian McCarthy said. 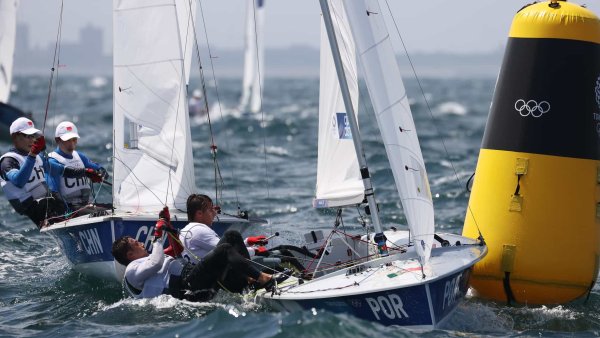 Surf's Up in Variable Conditions for Sailing Event

Clark, who is a native of Los Angeles, played his first four NFL seasons with the Seattle Seahawks before being traded to the Kansas City Chiefs in 2019. He was part of the Chiefs’ Super Bowl-winning team in the 2019 season and overall has 49 sacks in 91 career games.

Clark previously was arrested in 2014 on suspicion of domestic violence over an incident at an Ohio hotel, leading to his removal from the University of Michigan team. He eventually pleaded guilty to a lesser charge of disorderly conduct.