Complete coverage of the Philadelphia Eagles and their NFL rivals from NBC Sports Philadelphia.
Florida

The Eagles are coming back home after a disappointing loss to the Bucs in Florida last weekend. They're 1-1 and so are the Colts.

The Colts got in the win column last weekend against Washington. It was Frank Reich's first win as a head coach and Doug Pederson made sure to congratulate his former offensive coordinator.

The Eagles are back home, where they've been pretty unbeatable recently. The Eagles are 16-3 at the Linc since Pederson became the head coach in 2016. They've been the NFL's best home team in that stretch. 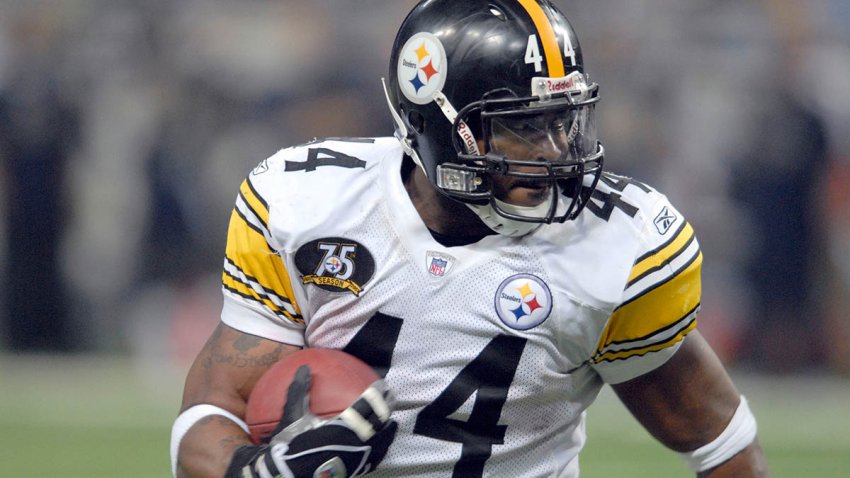 Carson Wentz vs. his own emotions
The long-awaited return of Wentz is finally happening. We knew it wouldn't be long before Wentz was back on the field after rehabbing from that torn ACL and LCL. But it has been over nine months since he's played in a game. Aside from rust, Wentz will also have to worry about his emotions and keep them in check. He's going to be excited; that's expected. But he needs to make sure he settles into the game.

He said he'll try to control his emotions the same way he did in his first NFL start a couple years ago. You'll remember that in his NFL debut, Wentz threw for 278 yards and two touchdowns as the Eagles crushed the Browns.

T.Y. Hilton vs. Sidney Jones
The Eagles were roasted by big plays last Sunday and they're about to play another burner. While all of the corners will need to be aware of Hilton's speed, I'm especially excited to see Jones on him. Hilton plays all over the field but still does his best work in the slot. This will be a great challenge for the talented young cornerback.

Since entering the league in 2012, Hilton is averaging 15.7 yards per reception, the fifth-best mark in the NFL among active players. In his career, he's had 14 receptions of 50-plus yards. Only four players - DeSean Jackson, A.J. Green, Mike Wallace and Dez Bryant - have had more during that span.

Joe Haeg vs. Brandon Graham
Haeg won the Colts' starting right tackle job in the preseason and has looked OK in the first two games, but Graham will certainly test him. Haeg was Wentz's teammate at North Dakota State, so Graham was asked if he's gotten any tips from Wentz. He said no, then dropped this gem.

"From what I've seen so far, it's going to be a good day," Graham said.

Graham has one sack through two games. This could be a big game for him if he's right.

Matt Slauson vs. Fletcher Cox
The Colts made a concerted effort to improve their offensive line this offseason and really upgraded at the guard position. They drafted Quenton Nelson in the first round and then signed veteran Slauson.

This is Slauson's 10th NFL season, so he's been around for a long time. But he isn't a match for Cox. The game inside the game is always watching how teams decide to block Cox. If they try to leave Slauson on him 1-on-1, he won't hold up all game. Cox has two sacks through two games and has looked really impressive.

Andrew Luck vs. Eagles secondary
After missing the entire 2017 season with a serious shoulder injury, Luck has played in the first two games of the 2018 season without his arm falling off. That's a great sign for Luck, Reich and all of Indy.

The thing that stands out about Luck so far this year is that after 84 attempts, he's completing 71.4 percent of his passes. That's impressive. Other than that, he's thrown for 498 yards, four touchdowns and three picks. It's still too early to make any determinations about whether or not Luck is really back.