Pennsylvania Gov. Tom Wolf is touting $300 million extra for school district operations and instruction, including setting aside $100 million of that for the poorest districts

Pennsylvania Gov. Tom Wolf on Wednesday signed a roughly $40 billion budget package that passed last week, as he touted the importance of new funding for public schools that he secured from Republican lawmakers, while also chalking up negotiating table losses.

As a result, big urban school districts — including Philadelphia, Allentown, Reading, York, Erie, Harrisburg, Scranton, Lancaster and Chester-Upland — will get a bigger jolt of state aid than they would have had that money gone through the state's six-year-old funding formula.

Still, the state will only send about 15% of the roughly $7 billion in aid to public schools through a modern formula meant to help districts that are growing or dealing with larger populations of poorer families.

The rest is distributed through a formula dating back to the 1990s or simply through the politics of needing to win votes in the Legislature.

Wolf called it a “life-changing investment for students,” although he acknowledged that much more needs to be done for public schools.

“Here’s the truth: This is an important step forward and it’s worthy of celebration,” Wolf told a news conference on the Capitol steps Wednesday, backed by Democratic lawmakers and public school advocates. “But we still have work to do. We still have a long way to go before education in Pennsylvania is fully and fairly funded, adequate and fair funding. We don’t have that yet.” 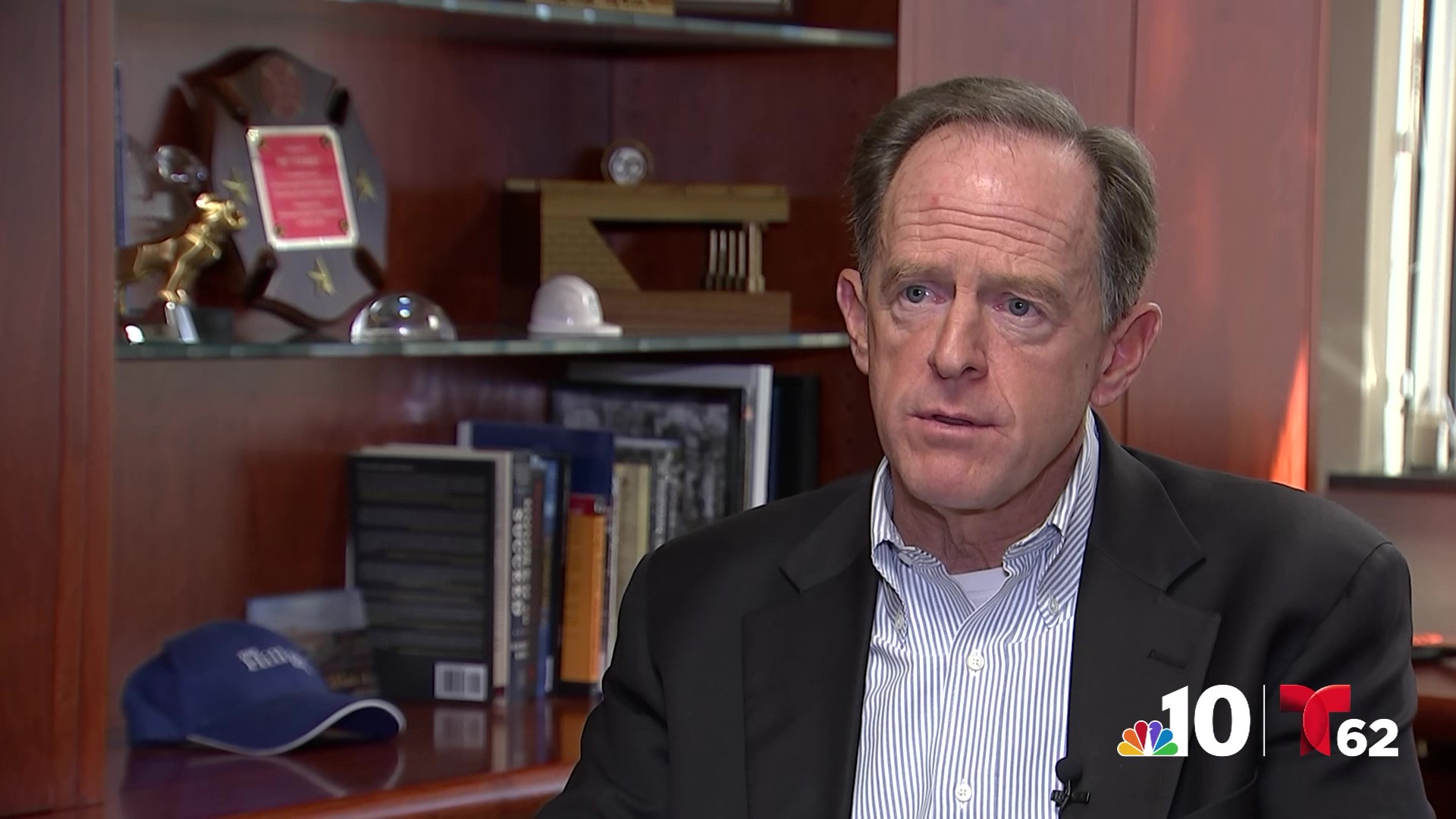 Wolf in February asked lawmakers for $1.3 billion in aid to ensure that Pennsylvania's updated school-funding formula is used for every dollar of state aid, while ensuring that no district would see a reduction.

Republicans balked at the price tag.

In an 11th-hour deal to set aside $100 million for the poorest school districts, Republicans got Wolf to agree to repeal his regulation to expand the ranks of lower-wage salaried workers who must receive time-and-a-half pay for any time they work over 40 hours in a week.

The regulation was to take effect in October after years of Wolf's administration working on it and winning regulatory approval for it last year. Wolf’s administration had estimated that roughly 82,000 more workers would have made between $20 million to $23 million a year in increased earnings, had the overtime expansion gone into full effect.

Repealing it was a top priority of the Pennsylvania Chamber of Business and Industry, and Wolf characterized the repeal as a necessary compromise with a Republican-controlled Legislature.

“We need to have a fairer, better Pennsylvania,” Wolf said. “I think we made a step forward. It's not the full step that any of us would have liked if we had a perfect world.”

All told, for the 2021-22 fiscal year beginning Thursday, the $39.8 billion budget package boosts spending through the state's main bank account by 6%, supported by billions in federal pandemic recovery aid.

Counting just state tax dollars, the budget plan authorizes a 19% boost in new spending, from $33.1 billion to $38.6 billion, plus another $850 million that will go on the books of the 2020-21 fiscal year ending Wednesday.

The hundreds of pages of budget legislation emerged publicly from closed-door negotiations on Friday and won approval within hours in the Republican-controlled Legislature.

The package holds the line on taxes, and puts in reserve about $5 billion of the state's $7.3 billion in federal aid from the American Rescue Plan signed in March by President Joe Biden.

About $1.3 billion from the federal aid is being used to prop up the state's operations, while hundreds of million more went to help nursing homes cover pandemic-related costs and expand public school learning programs for children whose educations were disrupted by the COVID-19 pandemic.

Republicans also rejected his repeated entreaties to impose fees on municipalities that get free state police coverage, restructure the corporate net income tax or create scholarships at state-owned universities by diverting subsidies the horse-racing industry gets from state taxes on casino gambling.