As President Donald Trump and Joe Biden move beyond trouble-free conventions and into the final phase of the 2020 election season, both campaigns acknowledge the contest is tightening

Within President Donald Trump’s campaign, some privately feared the worst heading into the national conventions.

They worried a strong showing by Democrat Joe Biden, combined with an underwhelming performance by Trump, would lock in the certainty of a blowout loss that would essentially end the election by September.

But as the candidates move beyond trouble-free conventions and into the final phase of the 2020 election season, both sides acknowledge the contest is tightening. And after months of running an almost entirely virtual campaign because of the pandemic, Biden has decided to launch a new phase of in-person events to help blunt any Trump gains.

“This campaign has always known that it’s going to be a close race, it’s going to be a tough race,” Biden’s senior adviser Anita Dunn said, noting that no Democratic presidential candidate since 1964 has earned more than 52.9% of the vote.

She added: “It’s a polarized nation and we expect this kind of tightening.”

That leaves Democrats and Republicans preparing for a 64-day sprint to the finish that is widely expected to be one of the most turbulent and chaotic periods in modern American history.

Watch Democratic nominee for President Joe Biden’s full address during the fourth night of the 2020 Democratic National Convention. Footage provided is a mixed feed and is a joint effort by the pool and the DNCC.

Each side cast the other as an existential threat to America’s future as they offered voters starkly different versions of reality over the last two weeks of carefully scripted conventions.

Democrats attacked Trump as an incompetent racist with autocratic tendencies who is failing to protect the nation from the pandemic as he actively undermines democracy. Republicans largely ignored the pandemic while attacking Joe Biden as a senile lifetime politician controlled by his party’s far-left wing and incapable of protecting suburban voters from mobs of protesters.

“America doesn’t feel like one country with all the chaos and division,” former Democratic presidential contender Pete Buttigieg said in an interview.

“We should be ready for literally anything in the next couple months,” he said. “2020 isn’t done serving up shocks and surprises.”

Rarely have such dire variables loomed over the closing weeks of an election.

A pandemic that has already killed 180,000 Americans shows little sign of slowing. A scuffling economy has pushed 28 million onto the unemployment rolls with tens of thousands of businesses feared permanently closed. Continued police violence against unarmed Black people has sparked sweeping civil rights protests and new incidents of protest-related violence on the streets.

And what worries government watchdogs the most: Trump is openly undermining the integrity of the election by raising unfounded concerns about voting by mail to avoid long waits at polling places during the pandemic.

Amid the chaos, Miles Taylor, a lifetime Republican who previously served as chief of staff inside the Trump administration’s Department of Homeland Security, warned there is nothing that the Republican president will not do or say to defeat Biden.

“Put nothing past Donald Trump,” Taylor told The Associated Press. “He will do anything to win. If that means climbing over other people, climbing over his own people, or climbing over U.S. law, he will do it. People are right to be concerned.”

Among the many crises shaping the fall campaign, racial tensions have emerged as a critical factor that could decide Trump’s fate. 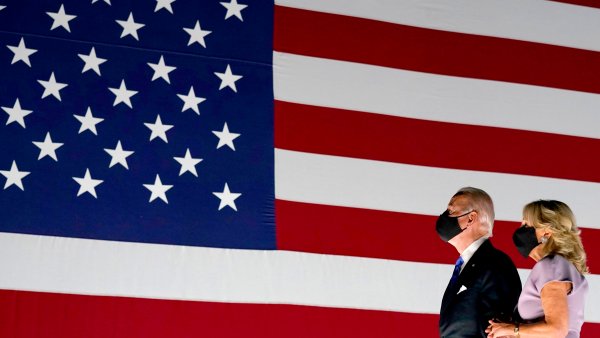 Biden, Aiming at Trump, Says He Won't Use Military as ‘Prop' 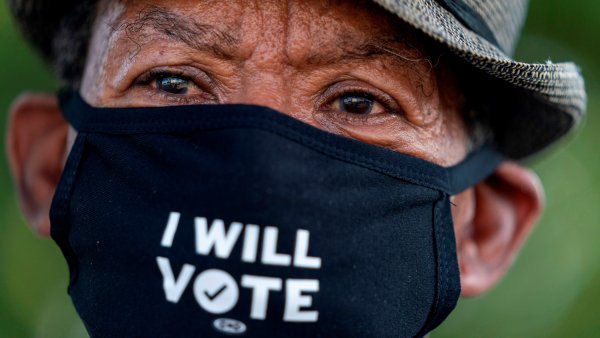 ‘How Dare We Not Vote?' Black Voters Organize After DC March

As part of his “law and order” message, Trump has consistently sided with police over their African American victims. He plans to visit the site of the latest violent clash, Kenosha, Wisconsin, on Tuesday.

Civil rights leader Martin Luther King III likened Trump’s rhetoric on race — and his party’s efforts to make it more difficult to vote this fall — to the efforts of Republican leaders like Richard Nixon prior to the passage of the Civil Rights Act of 1968. It's unclear if 2020 America will have as much tolerance for the message that resonated a half century ago.

“It’s just straight racism,” King said of Trump’s rhetoric and record. “The hands of the clock are going backwards.”

Meanwhile, the candidates are unleashing dramatically different campaigns upon voters as they navigate the pandemic.

After almost completely avoiding campaign travel since early March, Biden will resume in-person campaigning on Monday in Pennsylvania. He'll make subsequent appearances in battleground states “where it’s safe,” Dunn confirmed, noting that some states have strict limits on public gatherings. Biden himself has cited plans to campaign in at least four states: Arizona, Michigan, Minnesota and Pennsylvania, although the specific schedule remains a work in progress.

He is expected to rely on smaller events in which attendees would adhere to strict social distancing measures and wear masks.

Watch the best moments from the fourth night of the 2020 Democratic National Convention. Footage provided is a mixed feed and is a joint effort by the pool and the DNCC.

“You saw all those people at the White House the other night without masks,” Dunn said. “You’re not going to see that at a Joe Biden event.”

Biden’s team is not currently planning to resume in-person canvassing efforts, usually the lifeblood of campaigns, in which armies of paid staff and volunteers talk face-to-face with prospective supporters at their doorsteps. The campaign instead has more than 2,000 paid staff and many more volunteers making phone calls and messaging voters.

On the other side, Republican National Committee Chair Ronna McDaniel said the GOP has been actively courting voters in person for weeks and would continue to do so, despite the pandemic’s mounting death toll.

“We’ve now ramped up to about 2 million volunteers that have been activated. We’re knocking a million doors a week,” McDaniel told The Associated Press. “Biden has chosen to forego that. They’re knocking zero doors a week.”

Trump plans to begin a breakneck campaign schedule featuring larger events in the coming days and weeks. He’s grown fond of rallies inside airport hangars, which are arguably safer from a health perspective given they are partially open-air; they also allow the president to energize his crowds by pulling up in Air Force One.

The president will continue to highlight the civil unrest in response to police brutality in Wisconsin and elsewhere, according to Trump campaign manager Bill Stepien, who described the Republican message against their Democratic challenger this way: "We’ll match the president’s leadership and record against Joe Biden, who is a weak puppet of the extreme left, afraid to stand up to anti-police rioters, and bowing to radicals to raise taxes and drag the country toward socialism.”

Take a look back at some of the key takeaways from the final night of the 2020 Republican National Convention.

Trump aides privately crowed about Biden’s decision to resume campaigning, believing it demonstrates concern about a tightening race that could lead to public stumbles from the gaff-prone former vice president.

They also pointed to Biden’s plans to campaign in Minnesota, describing it as evidence of a narrowing race even in a state Trump lost four years ago. The president’s position is improving throughout the Midwest, aides believe, although Minnesota and Michigan remain much steeper climbs than Wisconsin, Ohio or, further east, Pennsylvania.

Trump’s team believes he can afford to lose Michigan and Pennsylvania, so long as he carries Wisconsin and the rest of his 2016 states — including one Maine congressional district.

Meanwhile, Biden is betting he can keep his party’s many disparate factions united behind his White House bid.

Vermont Sen. Bernie Sanders, who competed against Biden in the Democratic primary, hosted a series of online events over the weekend designed to refocus his party’s final-weeks message on health care and income inequality.

“That’s an issue I will talk about. I think other Democrats have got to talk about that also,” Sanders said in an interview.

The Vermont senator’s weekend appearances mark the beginning of what he described as a more active role designed to highlight progressive priorities.