The latest news on the 2020 presidential election
Philadelphia

In an open letter to "fellow Philadelphians," Mayor Jim Kenney and City Commissioner Chair Lisa Deeley are urging patience from voters as the City strives to hold an accurate and fair election

The letter is signed “with gratitude” from the Democratic mayor and Lisa Deeley, chair of the Philadelphia City Commissioners.

“… On Election Day, please be patient -- the people working your voting station and waiting with you are your neighbors. They are doing their best,” the letter said. 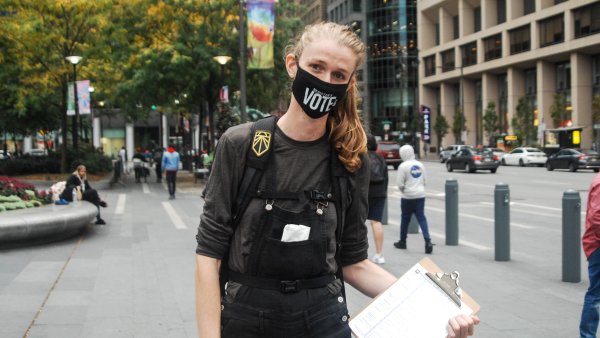 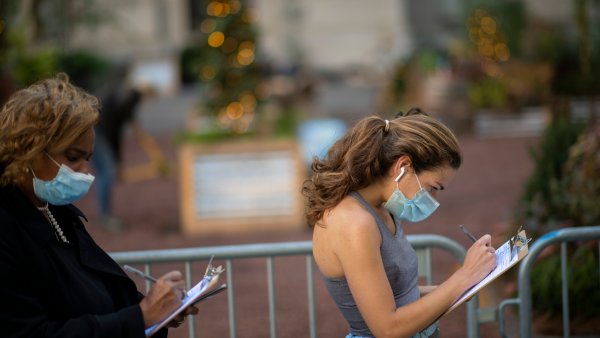 Mask, Sanitizer, Your Own Pen: How to Vote in Person on Election Day

Even after the polls close at 8 p.m., Kenney urges Philadelphians to remain patient as they may not know the results of the hotly contested presidential race between Republican President Donald Trump and Democratic challenger Joe Biden. The race could take some time to be decided due to a huge influx of mail-in votes amid the coronavirus pandemic.

“After the polls close, and in the ensuing days, we will continue to need your patience,” the letter said. “Never in the history of this city have so many people voted by mail. By law, staffers are not allowed to start opening and counting these ballots until Election Day itself.

“That means getting a tally of mail-in ballots will easily take several days. This may determine the outcome in Philadelphia, and in the Commonwealth as a whole. So, again, please be patient.”

Philadelphia Mayor Jim Kenney says the City is preparing polling places to be ready for Tuesday's election and he is urging patience when it comes to counting all the ballots. NBC10's Randy Gyllenhaal reports from the Fillmore, one of the unique locations serving as a polling place.

Kenney said at the core of the entire election and vote counting process is fairness, integrity, accurate results and access.

Part of that access includes opening polling places that include churches, schools, hoagie shops, a concert venue and even more. Coronavirus-related safety measures will be in place.

“This election, we’re opening 718 voting locations -- more than triple the number of polling places available in the June primary,” the letter said. “That means nearly 85% of voters will be voting in the polling location they have used in their neighborhoods for years.”

Outside of the open letter, the city commissioners urged in-person voters to wear a mask and ignore the noise. A glove will be supplied to each voter touching shared surfaces, but health officials say you should plan to bring your own pen.

Philadelphia could be key in deciding which presidential candidate will claim Pennsylvania's 20 electoral votes that could be central to deciding the presidential race.

NBC10's Pamela Osborne reports on how President Donald Trump and his Democratic challenger Joes Biden, along with surrogates for each campaign, will be visiting Pennsylvania Monday in a final push to woo voters in the battleground Keystone State.

Kenney and Deeley say that if Philadelphia can hold to its values that the election will be a success.

“With your help, we are confident that our city will shine as an example of how to run an election right.”