Tiz the Law was the Derby favorite at 4-5 odds ahead of the scheduled 7:01 p.m. post time for the storied race.

Authentic took charge early and held off race favorite Tiz the Law down the stretch to win the 146th Kentucky Derby in a wire-to-wire performance that gave Hall of Fame trainer Bob Baffert his sixth victory.

Starting as the 8-1 third betting choice from the far No. 18 post, the colt broke fast on the outside to lead by the first turn. He didn’t let up despite pursuit from Ny Traffic and Storm The Court, with Tiz the Law giving chase by the far turn. Tiz the Law got close entering the stretch before Authentic pulled away to win the race run without spectators at Churchill Downs.

This year's Kentucky Derby still had horses — Tiz the Law was the biggest favorite in 31 years — but just about everything else made the 146th edition unlike any other.

None of the cheering — or cursing after losing wagers — from 150,000 fans was heard at Churchill Downs, where America’s longest continuously held sports event took place four months later than usual. The track initially planned to allow 23,000 fans to attend until escalating positivity rates for COVID-19 in Louisville dictated otherwise.

“Quietude can’t hurt,” said Barclay Tagg, trainer of 3-5 favorite Tiz the Law. “We’ve had quiet for almost all his races this year.”

Of course, silence changed the very nature of the Derby, known for a mix of the raucous and refined, the freakish and fashionable.

Tiz the Law had already won the Belmont Stakes, the kickoff to the Triple Crown that was run in June at a shorter distance. A victory in the Derby would have set him up for a Triple try in the Preakness on Oct. 3.

The field had been reduced to 16 horses, smallest since 2003 when Funny Cide won. That gelding was owned by Sackatoga Stable, which owns Tiz the Law. 2020 Kentucky Derby: What to Know and How to Watch 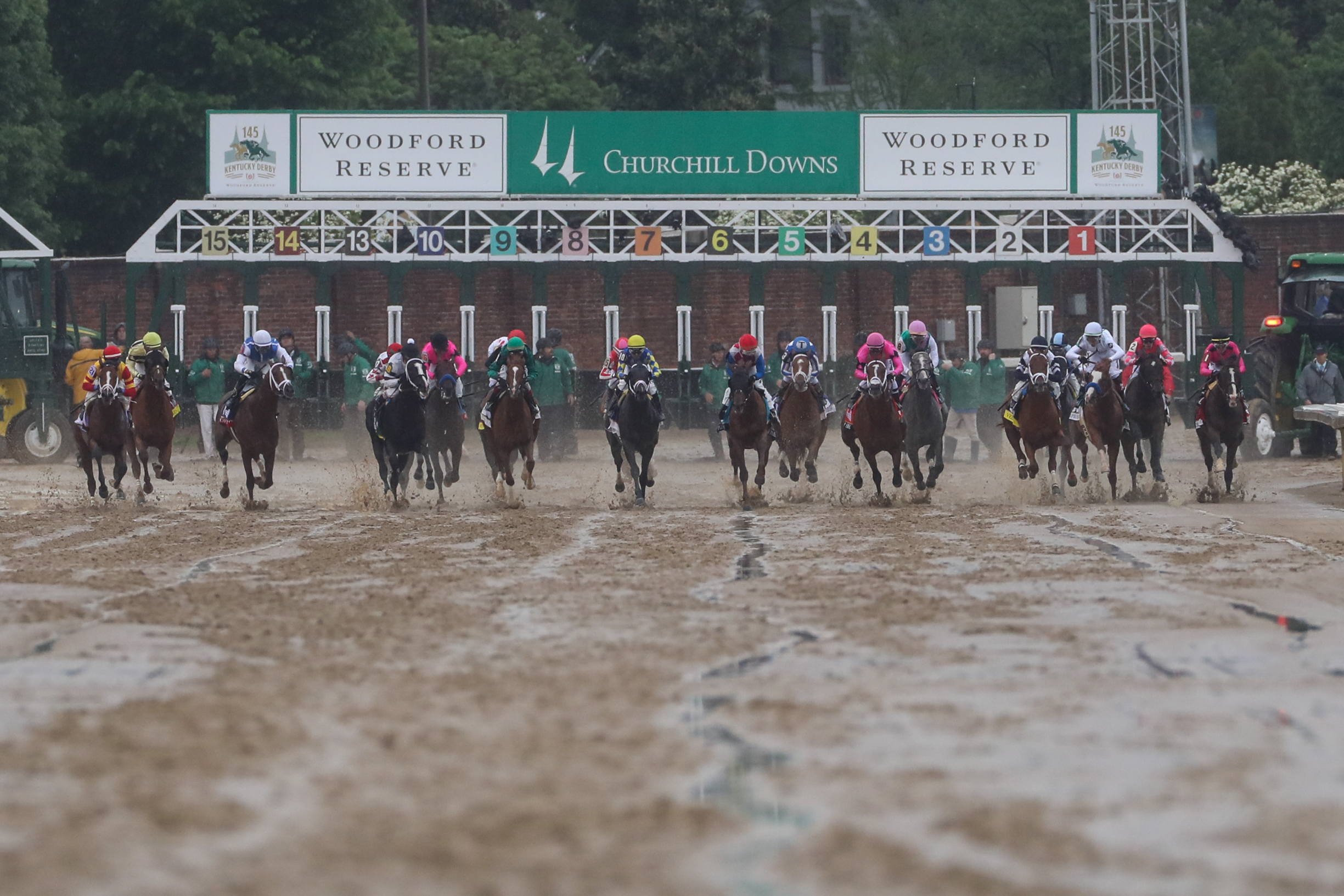 Tradition Gets Swift Kick at a Kentucky Derby Like No Other

After Tiz the Law, Honor A. P. and Authentic, the other horses were listed at double-digit odds. Churchill Downs used a new 20-horse starting gate especially for the Derby, although several posts were left vacant after horses were scratched.

The scene outside the track's main entrance on Central Avenue was different, too.

The death of Breonna Taylor, a Black woman shot and killed by police in her apartment in March, has fueled tense demonstrations for 100 consecutive days in the city. The three officers involved in her death have not been charged.

The prospect of unrest on Derby day had its participants unsure what to expect.