The coalition, made up of an estimated 3,000 drivers, is also threatening to protest outside the Pennsylvania Convention Center, one of the main locations for the national event being held July 25-28, when the Democratic Party will have on its agenda choosing a presidential nominee.

Taxi and black car drivers have been fighting the adoption of the lower-cost services for months, arguing they've been bad for business.

UberX and Lyft are exempt from parking authority licensing requirements by using drivers' personal cars. Taxi drivers are required to pay yearly for operating licenses through the Philadelphia Parking Authority and carry large insurance policies. They're also subject to a number of regulations.

State lawmakers continue to debate the legality of the services in Philadelphia, but in the meantime they're allowed to operate. UberX handled its 1 millionth Philly ride in October. 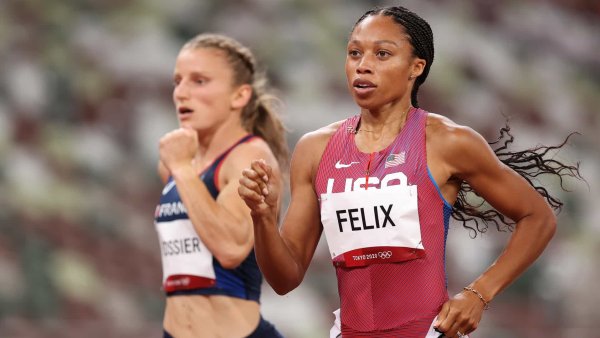 Taxi and Uber Black drivers, which are black car limo drivers operating as Uber's premium service, have held a number of protests arguing the services should be shut down or ordered to comply with the same rules and fees.

The associations have called on Philadelphia Mayor Jim Kenney and Pennsylvania Gov. Tom Wolf to demand crackdowns on the ride-sharing services.

The Kenney Administration has asked lawmakers in Harrisburg to pass regulations covering the services, as the mayor does not have the legislative authority to do so.

"I cannot waive my Mayoral wand and fix this problem that the Parking Authority and the [Pennsylvania Utilities Commission] have responsibility for," Kenney told NBC10 Monday. "I think it's always better to talk and not threaten boycott or shut down streets."

Should the boycott take place, UberX and Lyft would likely continue operating, driving users to the same cheaper services the drivers are protesting.

In a statement, Lyft spokeswoman Chelsea Wilson said the service plans to recruit more drivers to meet demand during the Democratic convention.

"We'll be encouraging Philadelphians to drive for Lyft during the convention so they can take advantage of the increased earnings that accompany big events like the Democratic National Convention, and to help ensure the thousands of attendees have enough safe ride options," she said.

An Uber spokesperson called the possible boycott "unfortunate," saying the group is putting "their own interests above the needs of the city."

The boycotting drivers will still take fares to other parts of the city, but would refuse to drive to convention locations like the Wells Fargo Center in South Philadelphia, reps said.

Not all taxi drivers are up for the service refusal. Ronald Blount, president of the Taxi Workers of Pennsylvania, said his members are not planning to boycott the DNC.

"We find their actions too irresponsible and immature when lawmakers and others are trying to find a solution," Blount said in a statement.

Kenney said he doubts taxi and black car drivers will walk away from the potentially big paychecks they can make from the event. He's hopeful it will be resolved before July.