The high-profile case of a former Oklahoma City police officer convicted of raping women while on duty focused the public's attention on the problem of sexual misconduct on the force, but his appeal raising questions about DNA evidence is playing out in secret.

Daniel Holtzclaw, now 30, was sentenced to 263 years in prison for preying on black women he encountered while patrolling poor neighborhoods of the city in 2013 and 2014. Defense attorneys appealed the conviction in February, arguing prosecutors' faulty analysis of DNA from one of his accusers helped secure convictions on 18 counts involving eight women.

Holtzclaw's case became a rallying cry of the Black Lives Matter movement and a cause célèbre for some conservatives. A 2015 Associated Press investigation highlighting it found about 1,000 officers in the U.S. lost their licenses for sexual misconduct over a six-year period — an undercount because some states don't have a method for banning problem officers. But filings in the case as recently as last week have been sealed by a court's order. 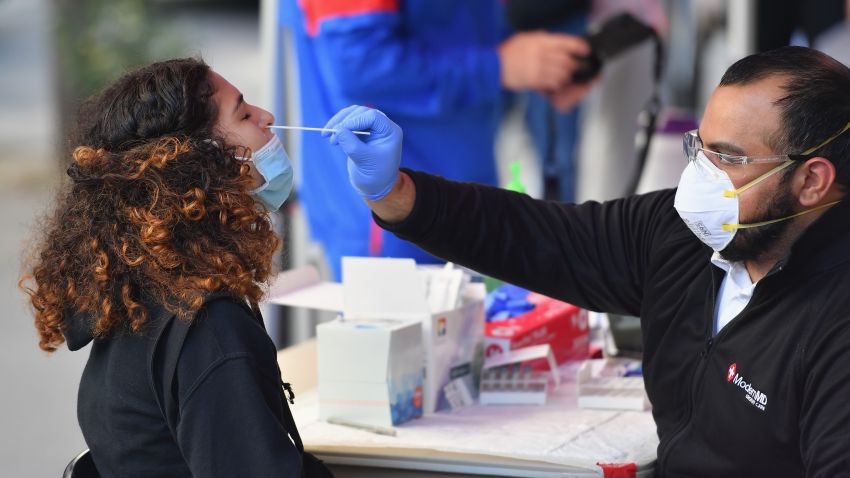 Oklahoma's attorney general asked the state's highest criminal court in May to seal many of the records linked to Holtzclaw's appeal, a request the court granted without comment.

There were two days of closed hearings about the case in July, although it's unknown what was discussed. Video surveillance from outside the courtroom obtained by Oklahoma City TV station KOKH-25 shows high-ranking police and lab workers coming and going. Holtzclaw's attorneys from the state public defender's office are not seen in the footage, and they declined interview requests.

"Surely people can look at the entirety of the facts of this thing and say something doesn't smell right, something doesn't look right," said Brian Bates, an investigator for Holtzclaw's original defense team who has served as a spokesman for the former officer's family. "And there were certainly misdeeds by the prosecution that should result in a new trial."

In their appeal, which is public, Holtzclaw's new attorneys say his trial lawyers failed to adequately challenge a key witness for the prosecution — the Oklahoma City police lab analyst who said she found the teen's DNA near the zipper on the inside of Holtzclaw's uniform trousers.

That DNA, the defense argues, could have gotten onto Holtzclaw's clothes through non-sexual contact. Known as "touch" or "secondary transfer" DNA, some scientists say such genetic material can be passed from skin cells via a handshake. The lawyers also contend the lead prosecutor mischaracterized the DNA evidence in closing arguments as coming from vaginal fluid.

Their arguments were backed by a report written by six forensic scientists convened by a Holtzclaw supporter — one of two filings the court has refused to admit to the record.

Internal emails released through open records laws also show that District Attorney David Prater asked assistant prosecutors in May to notify him if they were working on pending cases involving Elaine Taylor, the police lab's former and longtime analyst who was the key DNA witness in Holtzclaw's trial.

Prater declined repeated requests to discuss the case but told AP that his email was not related to concerns about Taylor's work product or proposed testimony. Instead, Prater said, some evidence she had analyzed was being retested out of "logistical and trial strategy concerns." He did not elaborate.

Taylor, who retired in February, could not be reached for comment. A man who answered the phone at a number listed for her said Taylor would not want to speak to any reporters.

Randall Coyne, a retired University of Oklahoma professor who specialized in criminal law, said problems with testimony from lab workers about DNA evidence could prompt a new trial and have wider implications.

"It could blow things wide open. That's a good reason from a PR standpoint to keep things quiet, but it's also a reason why that information needs to be released so lawyers can have access to it," Coyne said.

Holtzclaw's attorneys argue that absent the DNA evidence jurors likely would have voted to acquit. But two jurors interviewed by the AP said they are confident the jury would have convicted him anyway.

Daniel Speaks, a truck driver from Oklahoma City, said DNA evidence was "pretty crucial" to juror deliberations, but "it wasn't strictly the DNA."

Juror Karen Hancock said she's still convinced Holtzclaw would have been convicted even without the DNA because of strong circumstantial evidence.

During Holtzclaw's monthlong trial, his defense painted him as a model officer who tried to help drug addicts and prostitutes he came across on patrol. But 13 women testified against him, and several said he stopped them, checked them for outstanding warrants or drug paraphernalia, and then forced himself on them.

Jannie Ligons' report of being sexually assaulted by a police officer in 2014 triggered the Holtzclaw investigation. AP does not identify victims of sex crimes without their consent, but Ligons has spoken publicly about the case and agreed to be named.

She testified during trial that Holtzclaw pulled her over as she was driving home from a friend's house after 2 a.m. Ligons said Holtzclaw asked if she had been drinking, made her lift her shirt and pull down her pants to prove she wasn't hiding anything and then ordered her to perform oral sex.

Ligons, now 61, says the notion of a new trial seems crazy because "everybody knows what he did."

In general, experts say, sexual assaults often go unreported. Those the police do investigate seldom include biological evidence linking attacker to victim, said Daniel Medwed, an expert in wrongful convictions based at Northeastern University in Boston.

That means other evidence, including victim testimony, can carry just as much weight.

"The mystique of DNA is such that people think it appears in every case, and it really doesn't," Medwed said. "It is incredibly accurate, but that doesn't mean it's foolproof."