Away for Years, Music Stars Return to Venezuela, Highlighting Progress and Inequality

With ticket prices ranging from $55 to upward of $600, the events are symbols of great inequality in an impoverished nation

The ground shook at the instant the voice of Mexican music star Alejandro Fernández collided with the deafening cheers of fans gathered for his first concert in Venezuela in over a decade.

After an initial shocked pause at seeing the artist finally take the stage, the crowd, cellphones in hand, joined him in singing “Sin Tantita Pena” — “Without Too Much Pity.”

“It’s beautiful to be in Venezuela,” he said to screams and whistles from the sold-out audience, some of whom had taken out loans to see him perform last month at a 5,000-capacity theater in Caracas, the capital. “Beautiful, dear, Venezuela that I always carry in my heart.”

Prominent artists are returning to stages in the South American country this year after leaving it out of tours for years. Multilingual vocal group Il Divo and Latin Grammy-winning singer-songwriter Kany Garcia are among those with scheduled concerts.

But with ticket prices ranging from $55 to upward of $600, the events are symbols of great inequality in an impoverished nation. 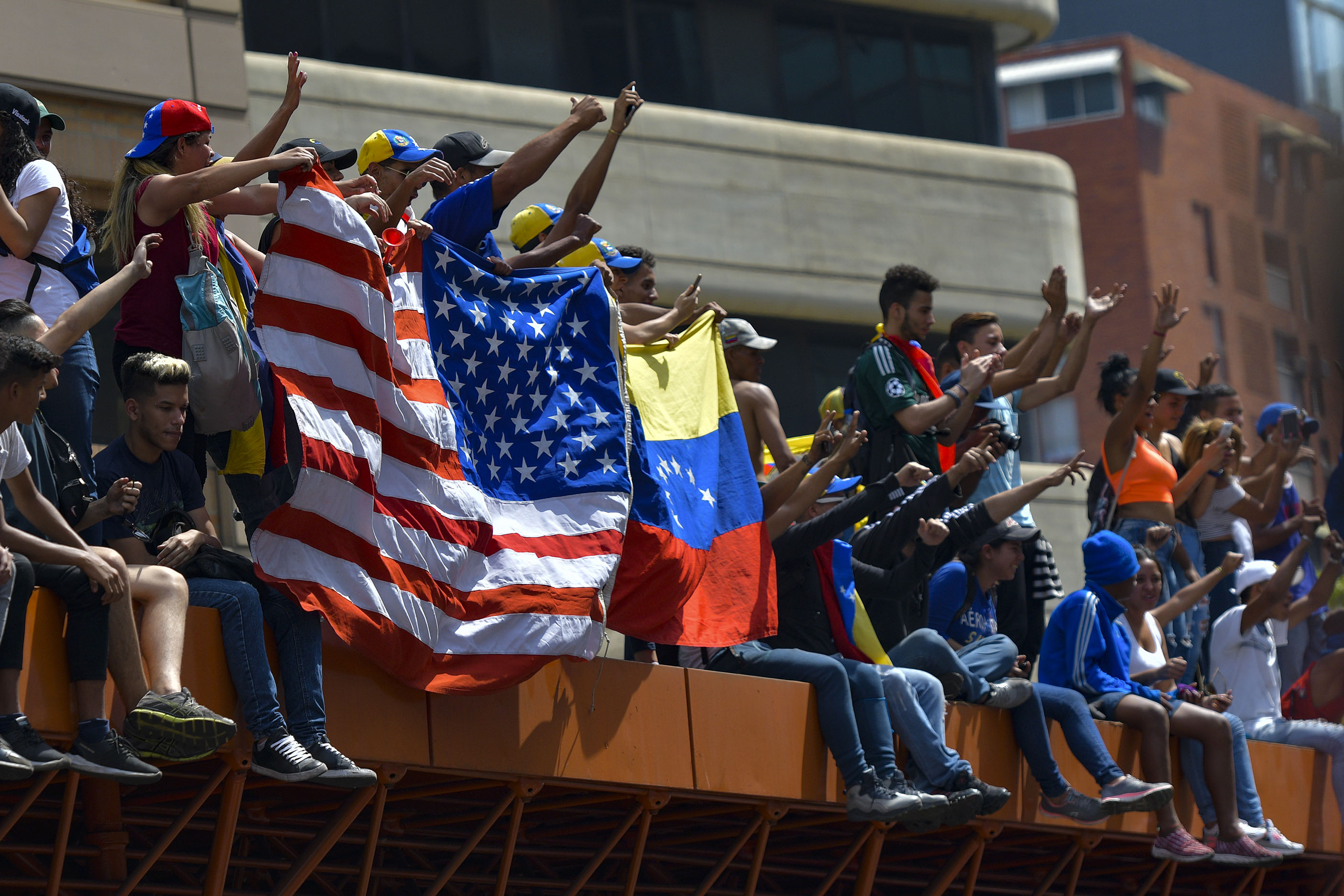 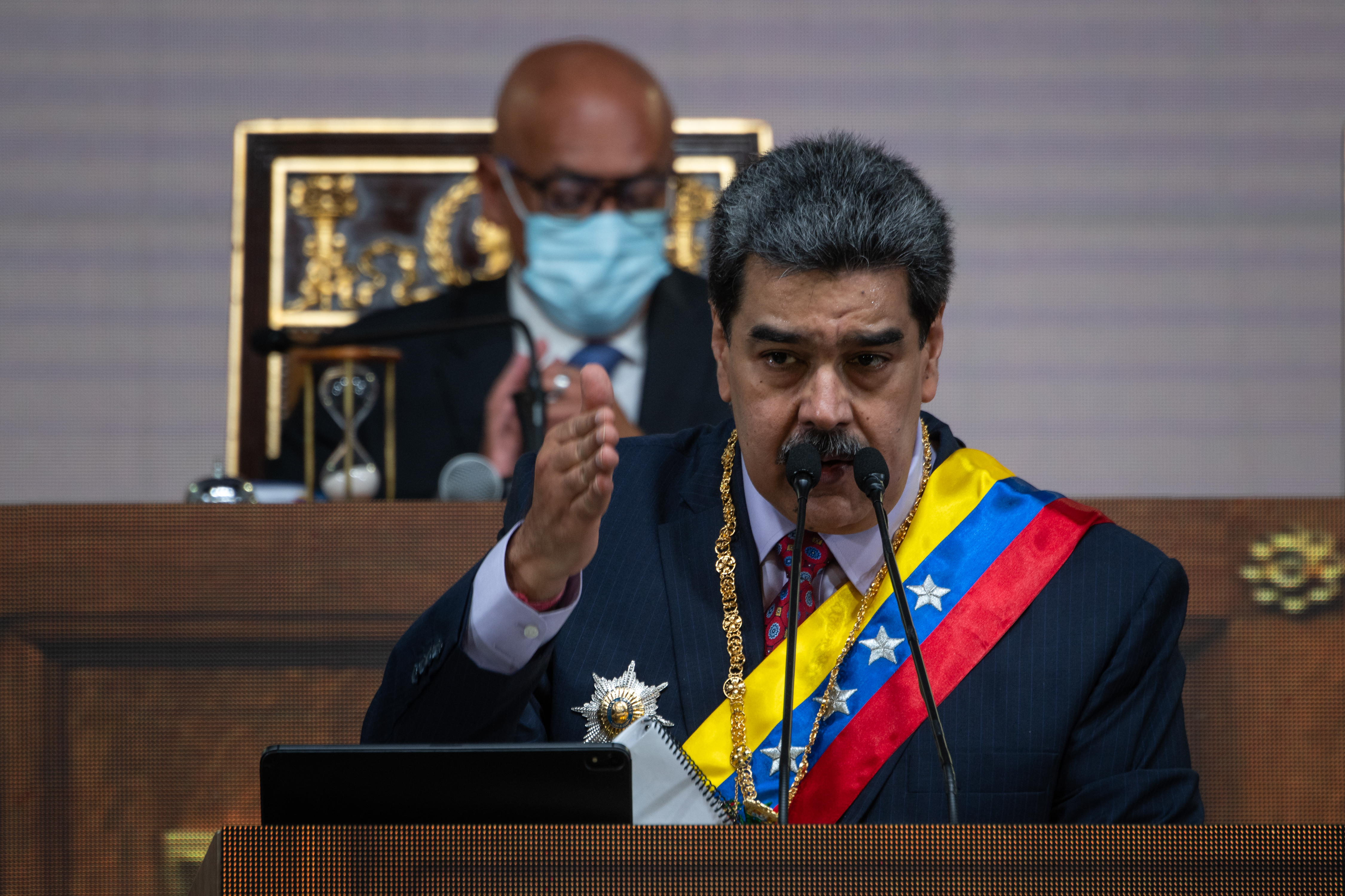 Superstars like the Backstreet Boys once drew fans to sleep outside a Caracas arena for days as they lined up for tickets. Guns N’ Roses and Shakira came to town. So did Juanes, whose 2008 tour included multiple cities in Venezuela.

Major concerts, however, became more sporadic starting around 2010. They vanished almost completely a few years later when the country fell into a political, social and economic crisis that eliminated jobs even as inflation collapsed the purchasing power of millions.

Today, about three-quarters of Venezuela’s population still lives on less than $1.90 a day, considered the international standard for extreme poverty. But for those who have found good private-sector jobs, entered the gig economy or have a business, particularly in Caracas, things are looking up.

The change is partly due to the government’s decision to give up its long and complicated efforts to restrict transactions in U.S. dollars in favor of the local bolivar, whose value has been obliterated by inflation.

That means promoters once again sense people have money to spend on music — and the changed rules make it possible again to finance the events.

“They’re going to book cities and venues based on venues they could sell,” said Jeffrey Dorenfeld, music industry professor at Berklee College of Music in Boston. “Artists are not going to want to play the half houses. They don’t like to see empty chairs. The objective is to fill the room with paid attendance.”

Business administrator Edgar Villanueva attended the Fernández concert with his wife, two daughters and a son-in-law. One of his daughters had learned of the concert on Instagram and immediately bought the tickets.

Waiting to enter the theater, Villanueva acknowledged his country’s challenges but said he’s not a politician and simply wanted to have a good time with his family. They were hoping Fernández would sing “A Qué Sabe El Olvido” — “What is The Taste of Being Forgotten.”

“Well, we decided to address our own issues, and from time to time, we as a family get together and say let’s enjoy this concert,” Villanueva said. “We have always been fans of Alejandro. We are passionate about his songs.”

An equally enthusiastic fan, Mileydi Villamizar, came with friends who were all smiles while in line. She loves live music, and before the crisis, attended concerts roughly every other month.

Making it to this one was not so easy.

“Yes, it is expensive. There is a part of the population that can still afford it, and there is another that, like us, has had to scrape together and even get a loan,” said Villamizar, who paid around $75 for her ticket. “For many years, they have not taken us into account for concerts or for anything like that, so whoever can indulge will do it.”

She hopes to see the Backstreet Boys return to Venezuela one day. Mexican rock band Mana is also on her list.

These days, more than 60% of transactions in Venezuela are in U.S. dollars. So public-sector employees, who are paid in local bolivars, are struggling. Their monthly minimum wage was raised from about $2 to around $30 last month, but that is still not enough to buy groceries and inflation — while slower — still steadily erodes it.

The changed currency policy also has helped make concerts a reality by making it possible for promoters to again get the dollars needed to pay performers.

The government used to subsidize official exchange rates with oil revenues, but it became increasingly hard for concert promoters to get dollars at a preferential rate as the state’s revenue began to collapse with the economic crisis around 2012-13, said Asdrubal Oliveros, managing partner of the Caracas-based firm Ecoanalitica.

“So, it is a process that began even before hyperinflation and has more to do with the gradual disappearance of the foreign exchange subsidy,” he added.

Now, clearly some Venezuelans, at least, still have money to spend.

At Fernández’s concert, a bottle of Johnnie Walker Blue Label whisky cost $500 while thriftier types could spend $180 for a Buchanan’s Special Reserve. A burger cost $10 and water $2.

Fernández performed for more than two hours as the crowd sang along song after song. Those up front were seated at tables while behind them — in the parking lot of a mall — it was standing room only. People also watched from the windows of nearby office buildings.

During the concert, a fan reached out to hand Fernández a rosary — a symbol perhaps of the joy many felt at the return of the musicians.

“They had abandoned us,” Villamizar said.

Ivo Diaz wants guests at his upscale Brooklyn restaurant, Casa Ora, to experience the best of his home country of Venezuela – the culture, the beauty and, yes, the food. With headlines about Venezuela focused on its political and humanitarian crisis, Casa Ora is a reminder of the country’s better days, and a sanctuary for the members of his staff who also left their homeland behind. Diaz’s mother moved their family to the U.S. in 1999, within a year of Hugo Chavez becoming president. She now works in the Casa Ora kitchen and remembers the family she left behind by cooking recipes that her mother created. The restaurant’s staff is made up of others who left Venezuela as well – including former engineers, a doctor and a dentist. “Every day at Casa Ora, we feel like home,” Diaz says.
Copyright AP - Associated Press