In one of the recent incidents, a man threw his carry-on bag at other passengers and put his head up the skirt of a flight attendant

Rowdy airline passengers have now racked up more than $1 million in potential fines this year with federal officials announcing fines against 34 additional individuals.

The FAA said Thursday that the latest round of fines are part of its crackdown against outlandish behavior on U.S. flights.

Alcohol is a common factor. American Airlines on Thursday extended its ban on alcohol sales in the main cabin through Jan. 18, matching federal mask mandates on flights. American sells alcohol in business and first class.

The FAA's latest proposed fines against 34 passengers include two that top $40,000. 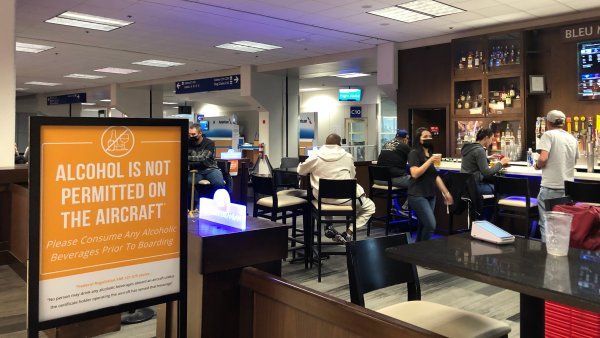 In one of the recent incidents, a man threw his carry-on bag at other passengers and put his head up the skirt of a flight attendant before he was restrained with plastic ties. In the other, a man who refused to wear a mask touched another passenger and made stabbing gestures toward others. Crew members had armed themselves with ice mallets for defense before police took him off the plane.

The FAA did not identify the passengers. They have 30 days to respond to the allegations.

The FAA said this week that airlines have reported about 3,900 incidents of unruly passengers this year, three-fourths involving refusal to wear a mask.

Airline unions are pushing for more criminal charges. This month, the head of the FAA Administrator asked airport officials around the country to work with local law enforcement to prosecute more cases. The FAA does not have authority to file criminal charges.