How Stars Spend a Month Getting Ready for Oscars' Red Carpet

Like prom for movie stars, the Academy Awards is Hollywood's most glamorous night. It's also the most photographed celebrity event of the year, its starry images beamed instantly around the world and endlessly reproduced in fashion magazines.

That's why it takes about a month and a team of specialists to get an A-list actress red-carpet ready — and the resulting photos can propel a thousand brands.

"The Oscars is the most visible (awards show) worldwide, so when someone wears a dress from a designer, it's like a massive ad campaign for them," said Hollywood stylist Tara Swennen, whose clients include Kristen Stewart and Julie Bowen. "It really is worth it."

And it's not just the dress. Because every aspect of a star's body is inspected and perfected for the Oscars, her camera-ready look is a living endorsement of countless products and companies. 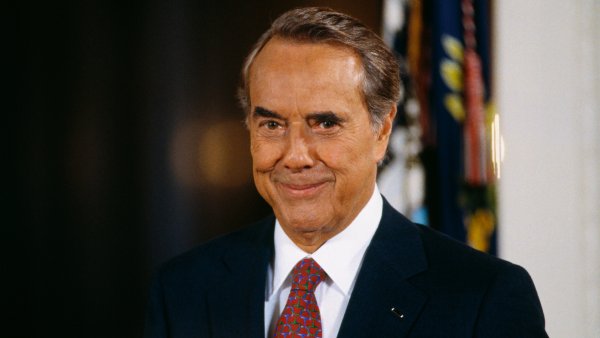 Here's a look at some of the elements contributing to celebrity red-carpet perfection:

— BODY: Because the look generally begins with the outfit, preparations often start with the body. Most stars borrow designer gowns, which are only available in "sample size," somewhere between 2 and 4, Swennen said: "If you don't want to pay for it, you have to fit into it."

Hence the scramble to slim down. Enter fitness and nutrition specialists, who say they need about four weeks to achieve optimum results.

Enrollment in meal-delivery services spikes during awards season, said Danielle DuBoise, co-founder of Sakara, which delivers ready-to-eat, organic vegetarian meals to such clients as Chrissy Teigen and Gwyneth Paltrow. The company's four-week program is designed to yield the plant-based diet's maximum beauty benefits: a leaner shape, vibrant skin and hair and the energy to power through the busy season, DuBoise said.

Exercise is a must for shapely arms and a fit physique, added Vanessa Packer, whose ModelFit studios in New York and Los Angeles are known for keeping stars like Taylor Swift and Karlie Kloss toned and tiny. Four weeks of regular classes will get a celebrity red-carpet ready, slimming the hips and waist and sculpting shoulders, legs and bottom, Packer said, "and it all leads back to glowing skin."

— SKIN: Stars also need about a month of lead time if Botox or fillers are part of their beauty plan, said Dr. Behrooz Torkian, a facial plastic surgeon in Beverly Hills, California. Those treatments need three to four weeks "to kick in and properly settle," he said: Botox takes about a week to relax wrinkles; fillers work immediately but can cause swelling or bruising for a week or two after.

Torkian estimates that "probably 60 or 70 percent" of men and women rely on injections to perfect their red-carpet look, adding, "I think that 100 percent of them would be in the category of doing something, at least some kind of skin treatment."

Austin-based esthetician Renee Rouleau applauds the complexion benefits of healthy eating and exercise, along with drinking lots of water and getting enough sleep. She advises her celebrity clients (including Demi Lovato) to follow an at-home skincare regimen and have weekly facials for a month leading up to a red-carpet moment. Rouleau also urges stars to avoid trying new products or new foods in the days before an event and to stay away from alcohol, which can cause "general puffiness."

"My job is to create a beautiful, even-toned canvas for the makeup artist," she said.

— MAKEUP: Healthy skin is essential for a flawless look, said Lady Gaga's makeup artist, Sarah Tanno. "It's really about taking care of the skin so you can use less makeup, because everything shows" under the flashbulbs on the red carpet or bright lights onstage, she said.

Her work doesn't stop at the face: Since stars are photographed from every angle on the Oscars red carpet, Tanno extends foundation and powder down a client's neck and decolletage for an even-toned appearance, and adds shimmer to exposed shoulders and collarbones.

Mark Payne, an Emmy-winning makeup artist, said that while a star's red-carpet look is determined by her dress, he opts for more neutral makeup suited to her features.

"You could design a look around a dress, and the dress will be changed at the last minute," he said.

— HAIR: Hair doesn't need too much advance prep, said Michael Shaun Corby of Living Proof. He recommends a cut three weeks in advance and a color treatment three days before the red carpet.

"The last thing you want is dark roots," he said.

He consults with the wardrobe stylist about the overall look before spending an hour or two to execute the style. Again, it depends on the dress: A strapless gown might call for flowing locks, where a high-neck design demands a classic updo.

— OUTFIT: It's the first thing chosen and the last to be put on. Swennen typically selects the dress (or tux) that determines the star's whole red-carpet vibe as soon as Oscar nominations are announced, or even earlier if she seems like a shoo-in. The stylist's choices are based on a star's personal style, body type and relationships she may already have with designers and brands. (Jennifer Lawrence, for example, has long been a model and muse for Dior.)

Then there's the question of availability.

"Every stylist is sharing from one sample set worldwide," she said. The same goes for the shoes and jewels.

Besides tailored makeup and hair, each dress demands its own accessories and underpinnings. And while the look is usually locked in early, Swennen keeps backup outfits and accessories on hand in case a client changes her mind at the last minute.

Stars who don't fit a sample size have to buy their dresses, unless a designer offers to make them something custom, as Christian Siriano did for "Ghostbusters" star Leslie Jones. Otherwise, nearly everything is on loan.

"You wear it, and the next day, it's like Cinderella at midnight," Swennen said. "You turn into a pumpkin and I come creeping in at 9 in the morning to get my stuff."