Such gradual and insidious flooding caused major damage on the East Coast during Superstorm Sandy in 2012, even though more attention was paid to damage from oceanfront waves pounding on the beachfront

The federal government will recommend flood control measures including storm surge barriers, floodwalls, and elevating homes and other buildings in a report later this year on combating back bay flooding, a major problem in New Jersey that gets comparatively less attention than oceanfront storm surge.

Since Nov. 2016, the U.S. Army Corps of Engineers has been studying ways to reduce or prevent flooding along back bays in New Jersey and elsewhere. Governments in Massachusetts, California, Florida and Maine are among those that also have grappled with the issue.

Such flooding caused major damage on the East Coast during Superstorm Sandy in 2012, even though more attention was paid to damage from oceanfront waves pounding on the beachfront. 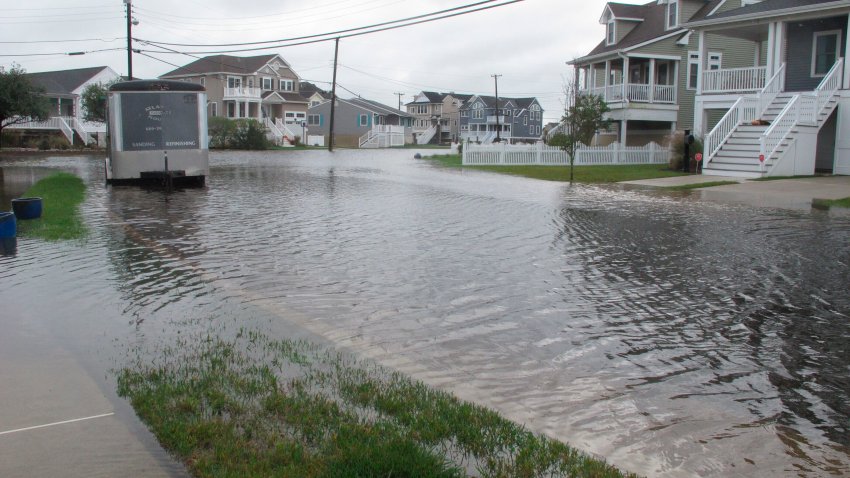 Amid Rising Seas, ‘Dry' Jersey Shore Resort Is Wetter Than It Likes 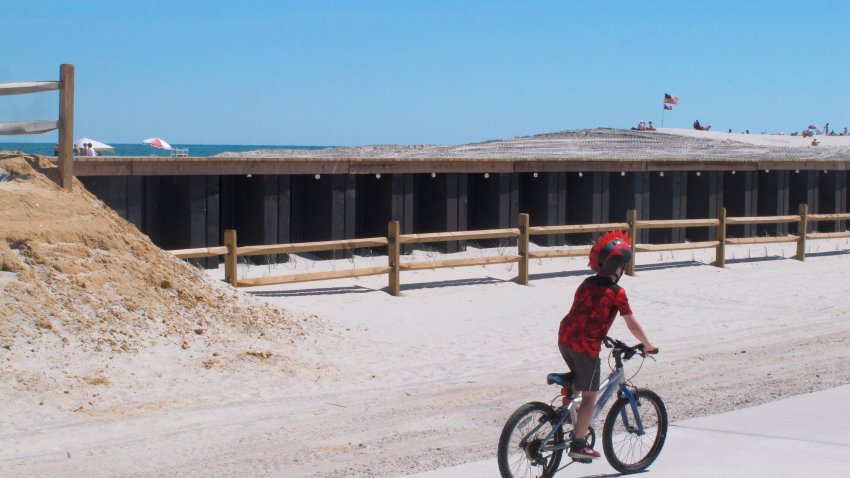 By contrast, back bay flooding is gradual and insidious, creeping up on areas fronting on bays or places with tributaries that swell with flood water and inundate homes and businesses.

J. Bailey Smith, an Army Corps coastal expert overseeing the study, said on Monday that the agency will present its recommendations in July. During a webinar hosted by a special panel of the New Jersey state Assembly, Smith said the recommendations will include storm surge barriers, floodwalls, elevations, and other features.

The Army Corps and state government have been building dunes and replenishing beaches for more than 30 years as a way to protect against deadly storms along the oceanfront.

“We often get asked why isn’t there a similar solution already in place on the back bays,” Smith said. “Along the oceanfront, dunes and berms reduce damages and inundation associated with wave attack and storm surge. Along the back bays, the problem is tied to storm surge pouring through coastal inlets and raising the water surface elevation in the bay.”

In an interim report in March 2019, the Army Corps floated the possibility of storm surge gates across popular and widely used inlets up and down the Jersey Shore, including the Manasquan, Barnegat, Absecon and Great Egg Harbor inlets.

Winter isn't nearly over, but there seems to be a lot of people already making plans at the Jersey Shore, as real estate agents say they are seeing an early spike in booings in January — with fewer options to choose from already. NBC New York's Ted Greenberg reports.

Similar barriers have been proposed for waterways in New York like those already in place along the Mississippi River and in Venice, Holland and England. But other places, including Boston, considered the idea but decided the cost outweighs the benefits.

Some environmental groups oppose such barriers, fearing the structures would restrict the tidal flow and sediment transport, and impede the migration of fish, including striped bass.

“The potential solutions to this problem are very different from on the oceanfront,” Smith said. “These potential solutions are much more complex and costly, but there is a clear need to consider and evaluate all options and that’s what the New Jersey Back Bays Study aims to do.”

Shawn LaTourette, New Jersey’s acting environmental protection commissioner, said sea levels are rising at a faster rate in New Jersey than in many other places. He said pollutants such as heat-trapping greenhouse gases in the atmosphere are contributing to the higher water levels.

The study actually ran short of money and was halted in the fall of 2019. But Smith and other Army Corps officials said new funding should be in place shortly, and the study can resume once an Army assistant secretary approves it.

It would be 2030 at the earliest before construction could begin on the project, which would still have to be approved and funded by Congress.

“The potential solutions are costly,” Smith said. “However, the cost of doing nothing is also staggering.”