Brazil’s President Jair Bolsonaro is once again at odds with the country's Supreme Court, pardoning a congressman who had just been convicted by high court justices for urging violence against one of them.

Justices may review the pardon, and the case threatens to become an institutional crisis as Bolsonaro is gearing up to seek a second term.

In a nearly unanimous vote, Brazil’s top court on April 20 sentenced freshman lawmaker Daniel Silveira to almost nine years in prison for inciting physical attacks against Supreme Court justices — particularly Justice Alexandre de Moraes, who presides over a separate investigation into the dissemination of fake news that had already led to a conviction of Silveira.

“May the people enter the Supreme Court, grab Alexandre de Moraes by his collar, shake his egghead and throw him in a garbage can,” Silveira said in a broadcast on social media in February 2021.

The day after Silveira's conviction, Bolsonaro issued a decree pardoning him, citing the right to free speech. Three opposition parties have challenged the decree, claiming Brazil’s constitution doesn't allow pardons based on personal motives, such as protecting an ally.

Brazilian presidents traditionally issue year-end pardons based on studies by legal experts at the Justice Ministry. Those have been criticized for freeing corrupt politicians along with other people convicted of nonviolent crimes. But it's almost unheard of to pardon a specific presidential ally in the way that U.S. leaders have sometimes done in cases such as those of Richard Nixon (by Gerald Ford), Marc Rich (by Bill Clinton) or Steve Bannon (by Donald Trump). 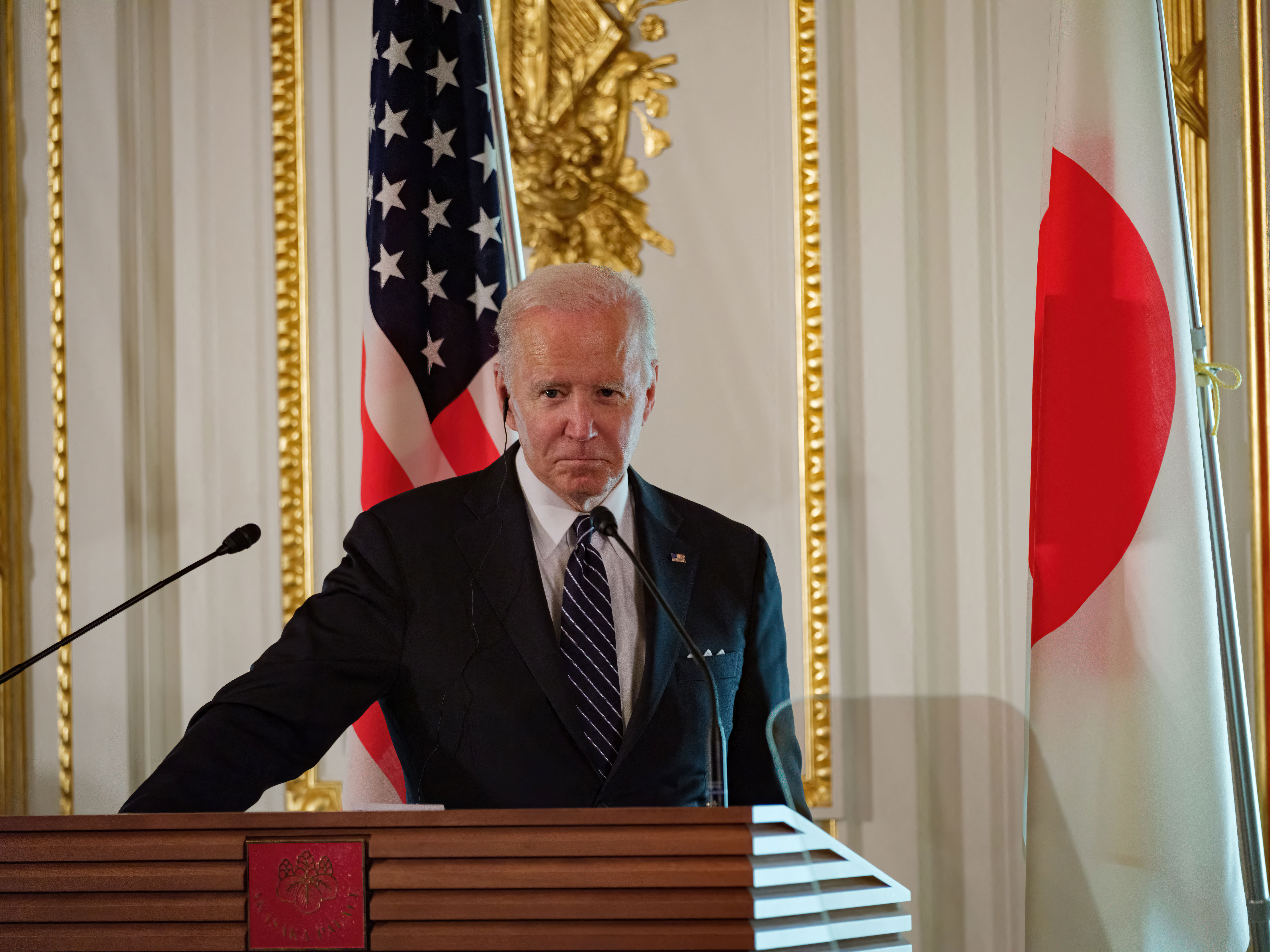 And Bolsonaro's move was especially provocative, according to Francisco Caputo, a constitutional law expert and member of the national council of Brazil’s bar association. “The way this one was written, mentioning he was trying to correct the Supreme Court, is defiant. Bolsonaro’s decree says he had better understanding of the case than the country’s top court.”

A commission of Brazil’s bar association on Wednesday said that Bolsonaro’s pardon is unconstitutional as it is not in the public interest. The commission also said it was biased and lacking in morality.

The far-right president has long accused court justices — most of whom were confirmed during past leftist administrations — of trying improperly to frustrate his policies, and he has tried to stir up public opposition to them.

He rallied nationwide demonstrations in September in which protesters shouting “Let's invade!” pushed past police containment barriers at the Supreme Court, prompting justices to beef up their personal security.

Bolsonaro has been especially resentful of de Moraes, who will assume the presidency of the nation’s top electoral court later this year — overseeing the upcoming presidential election. Last September, he threatened to ignore rulings by the justice, though he never did so.

Four of the justices, who spoke to The Associated Press on condition of anonymity to avoid further inflaming tensions, said they worry Bolsonaro could incite more violent demonstrations against the judiciary if they annul his pardon of Silveira.

An annulment may be a possibility in a Brazilian system whose courts appear to be more willing to intervene in pardon decisions than U.S. judges are.

HOW ARE SUPREME COURT JUSTICES RESPONDING?

So far, the Supreme Court’s justices haven’t publicly challenged the legality of Bolsonaro’s pardon, though at least two have written that the pardon will be reviewed by the court, though no date for that has been set. One of them, Rosa Weber, ruled Monday that that Bolsonaro's administration must provide justification for the pardon within 10 days.

The other, de Moraes, wrote in a document sent to Silveira's defense team on Tuesday that the pardon, while wiping away his jail time, would not free him to run for another congressional term.

Further stoking tensions between the executive and the judiciary, Justice Luis Roberto Barroso said during an April 24 speech that the armed forces “are being directed to attack the (electoral) process and try to discredit it.” He was referring to military leaders who had publicly echoed Bolsonaro's doubts about the reliability of Brazil's voting system.

HOW IS BOLSONARO'S ADMINISTRATION REACTING?

The issue of the military's role hangs over the conflict in part because Bolsonaro has often praised the 1964 coup that put Brazil under military control until 1985. Bolsonaro’s hard-core supporters frequently call on him to use a constitutional clause that lets presidents deploy the armed forces to enforce “law and order” alongside police and other agencies.

Some have suggested troops should be used against the court in some way, though experts overwhelmingly say that would be unconstitutional.

With elections set for October, Bolsonaro has frequently attacked the reliability of the electronic voting machines and claimed the race will be rigged unless there are printed receipts for voters, though experts say there's no evidence for that. Brazil's electoral authority oversees the electronic system, and includes some Supreme Court justices among its members.

Two of Bolsonaro’s Cabinet ministers as well as one close ally told the AP that the president has been privately discussing the possibility of invoking the constitutional clause to deploy the armed forces because of Supreme Court actions that have impeded or undermined his decisions, though it isn’t clear what exactly the purpose would be. Two of them said they have relayed that information to Supreme Court justices. All spoke on condition of anonymity because they aren’t authorized to discuss the matter publicly.