Credit is hard to come by for people these days, so when a local man heard about a company where he could buy a computer for his kids, and not worry about his credit, he was thrilled.

He made regular payments month after month, but when the computer was supposed to be delivered-- nothing.

“They ask, ‘Dad, when are we getting the computer?’” Anthony Battallio of Philadelphia said.

Battallio had high hopes he'd be able to deliver that computer for his kids for Christmas, but no luck!

“How do I know if I’m ever going to get it?” Battallio asked. 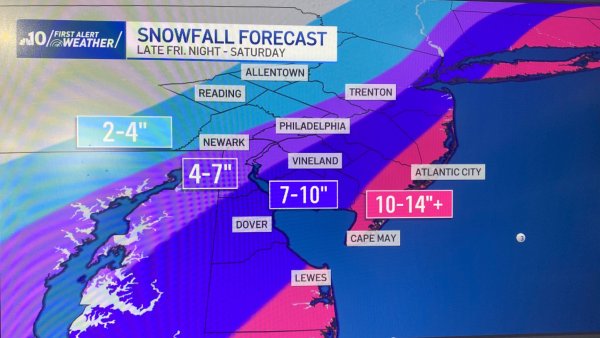 Battallio said he decided to buy the computer from a company called Blue Hippo, which is supposed to help consumers with less than perfect credit to finance products.

He said he signed a contract with the company agreeing to an automatic withdrawal from his bank account of almost $70, which would be taken out every other week.

After a certain amount of payments, he said he was told the order would be placed.

He started making payments back in July and said he was told he would have his computer by October.

“And I’m still paying now. A payment comes out today. I never stopped paying.  I sent back every form. The money is always there,” Battallio said.

He said he made the required seven payments, after which his contract says the order should have been placed.

“They said it should definitely be sometime in October and after October I started to worry,” Battallio said.

“They keep saying we don't know what's happening,” he said.

Frustrated with no answers, he took matters into his own hands and said he called the computer company, Dell, himself to see if Blue Hippo ever placed the order.

"I was calling to verify," he said.

“There was no order or shipment. I explained this to the manager and he said you're right, your order hasn't been placed…It's a catch 22.  I can't get out of it and I can't get the computer,” he said.

“It is better to save your money, go to a retail store and to get the computer yourself,” he said.

NBC 10 tried several times to talk with a Blue Hippo representative. Their calls have not been returned.

Just last year, Blue Hippo agreed to pay $5 million to settle FTC charges that they failed to deliver products to customers after the customers had made the required payments.

The PA Attorney General's office told NBC 10 they are investigating complaints against the company and are encouraging consumers who have complaints to contact their office.