Attorney Stewart Cohen is speaking at 2:30 p.m. at his Center City office. His clients were expected to meet with Starbucks CEO Kevin Johnson and COO Rosalind Brewer.

As Rosalind Brewer, Starbucks chief operating officer, described learning about two black men arrested at one of her companies' Center City cafes, her words conveyed a broader sense of disbelief.

"This is disturbing that we get to this day and this happens," Brewer, an African-American woman, said in an interview with the Philadelphia Tribune on Monday. "After everything we talk about with our leaders, in our company and our stores that something like this could happen."

Starbucks is in the midst of a debacle that could have long-term implications for the coffee titan's image.

The two men's attorney, Stewart Cohen, read a joint statement from the two men and the Starbucks officials Tuesday afternoon at his Center City office. Cohen declined to take questions.

Here is the statement in full:

"For the past several days, Starbucks CEO Kevin Johnson and my clients, the gentlemen involved in the incident at Starbucks that led to their arrest, have been engaged in constructive discussions about this issue as well as what’s happening in communities across the country. Mr. Johnson apologized on behalf of Starbucks. And the conversation continues today about how this painful incident can become a vehicle for positive social change. And the people at the center of this have come together, with civility common, purpose and a willingness to listen to one another and work towards a solution. Together we ask that the community respect this process. There will be more to follow." 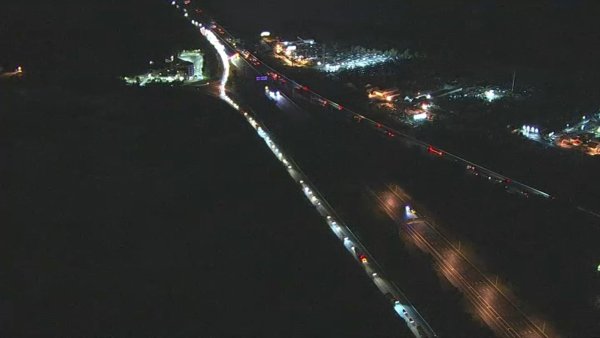 Since arriving in Philadelphia on Sunday, Brewer and Johnson have been in full-court press mode. First, they promised to re-evaluate the policies and guidelines that involve patrons' use of Starbucks facilities, including in-store bathrooms and seating areas.

The men were arrested by as many as seven Philadelphia police officers Thursday afternoon while waiting for another person to arrive at the Starbucks at 1801 Spruce Street. A store manager called police on them after they asked to use the bathroom, were denied because they hadn't bought anything, then sat at a table.

That other person they were waiting for, Andrew Yaffe, who works in real estate in Philadelphia, arrived as the two men were being hauled off in handcuffs. They were released hours later without being charged. Starbucks declined to press trespassing charges that were allegedly the initial reason for the call to police by a store manager.

Yaffe has not responded to requests by NBC10 to discuss the incident.

Protests followed in the days since the arrests, which were caught on video.

Calls to boycott the chain of 28,000 stores across the world included messages like "Starbucks coffee is anti-black."

Johnson called the incident "reprehensible" more than once in his interview with the Tribune.

"They should have let those two gentlemen stay in the store and wait for the person they were meeting," he said. "There was no reason for [police to be called] if someone has a legitimate purpose for being in the store even if they don’t buy something the guidelines state you should let them stay."

He said the entire company would revisit its in-store policies, which can vary from region-to-region.

A Starbucks spokesman told NBC10 last week that in many American cities, including Philadelphia, only paying customers are allowed to use the cafe for its bathrooms and seating areas.

Johnson and Brewer said that policy and others would "need to be evaluated."

"Guidelines sometimes get sideways on the culture of the company," Brewer said.

I think we’re going to uncover a lot when we go through this unconscious bias training," he said.