One of the defiant Mummers held aloft a sign that read, “Tradition, not tyranny"

Some Mummers flouted Philadelphia rules cancelling their annual New Year’s Day parade and nevertheless took to the streets Friday, many without face masks intended to slow the spread of coronavirus.

At least two Mummers groups totaling a couple hundred people marched through South Philadelphia Friday morning, dressed in their typical colorful garb, dancing and singing as they went along. Some held signs decrying Philadelphia Mayor Jim Kenney, who in July of last year cancelled the parade and some other major events to curb COVID-19 infections.

The cancellations were made in accordance with public health recommendations to limit large gatherings, which are known to transmit the deadly disease. 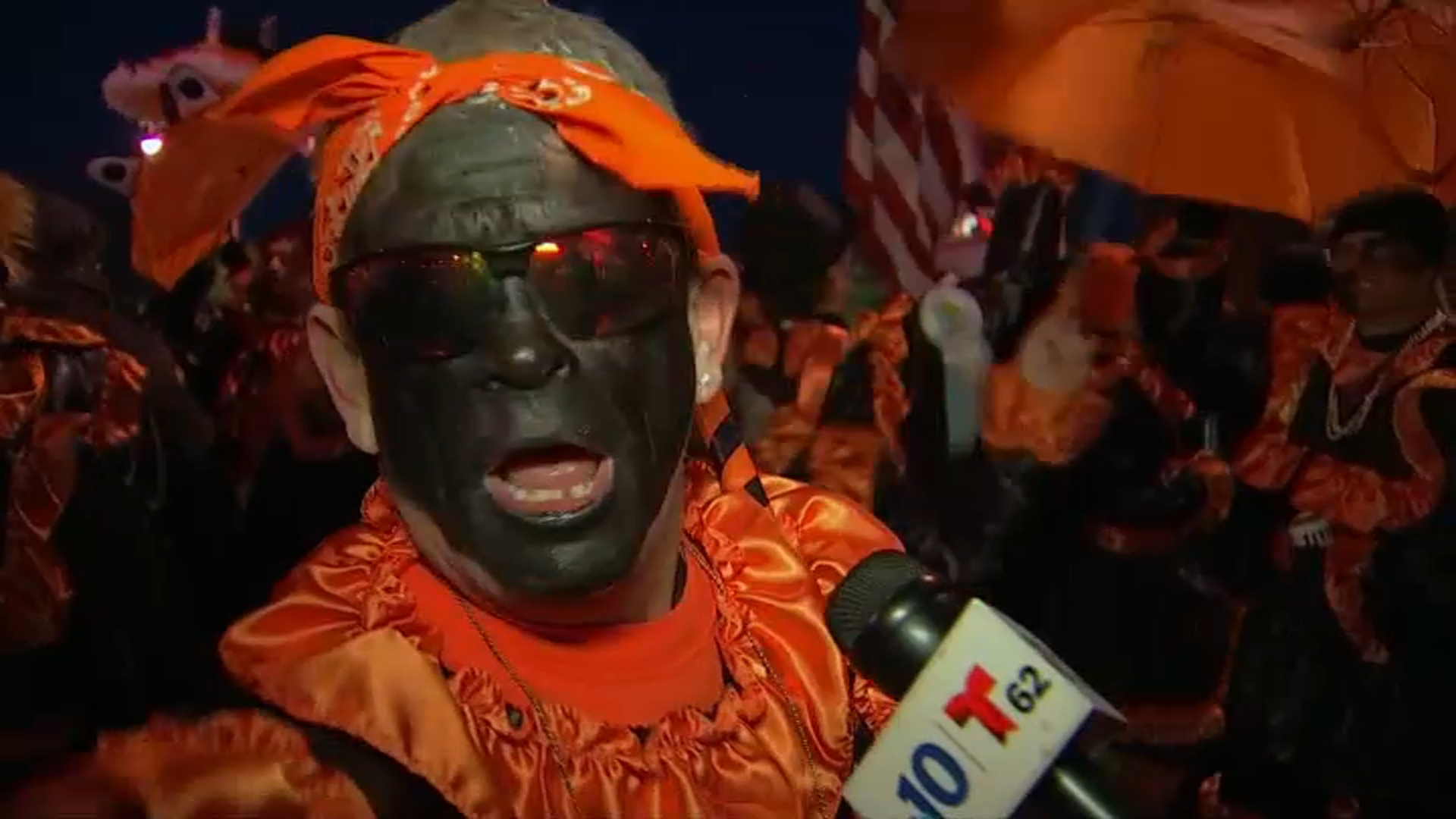 ‘I Talk to Black People': Mummer in Blackface Defends Himself After Mayor Boots Brigade On social media, some other Mummers called for their counterparts to abide by the parade cancellation, but that did not stop a handful of them from flouting the rules nonetheless. One of the defiant Mummers held aloft a sign that read, “Tradition, not tyranny.”

Philadelphia Police Department officers monitored the marchers from afar but did not attempt to disperse the crowds.

"... it is the City's policy to avoid unnecessary confrontations in the enforcement of its COVID-19 emergency orders," a city spokeswoman told NBC10.

Friday’s marchers included a some people wearing face masks, but most did not. The masks – along with social distancing and other public health measures – have become an important tool to combat COVID-19.

They were ordered not to, but a group of maskless Mummers took to 2 Street anyway on New Year's Day. Some said they were protecting a Philadelphia tradition; others said they were protesting Mayor Kenney's shutdown of public events. NBC10's Stephania Jimenez reports.

Asked about the lack of masks, one Mummer told NBC10, "You don’t need a mask because it’s not real."

The coronavirus, however, is very much real and very much deadly.

It had killed nearly 347,000 people in the U.S. as of Friday, according to NBC News’s COVID-19 tracker. Though the Food and Drug Administration has approved two vaccines, it will take months for the country to inoculate enough people to beat the virus, and experts urge continued caution, especially as a new, more contagious variant of the virus emerges.

The city spokeswoman reminded people that those who gather in large crowds –regardless of the type of event – should get tested five to seven days afterward, stay away from others for 10 days and continue monitoring for COVID-19 symptoms for 14 days.

The Mummers Parade has ushered in the new year for Philadelphia for more than a century. However, in recent years, Mummers have had trouble shaking off a bad reputation caused by repeated racist and insensitive behavior from some members.

Last year, one Mummers group was thrown out of the parade because at least one member marched down South Broad Street in blackface. In 2016, one Mummers group made fun of Caitlyn Jenner while another painted their faces brown and dressed in ponchos and sombreros, or as tacos.

The repeated offensive acts prompted Kenney last year to urge Mummers leaders to provide better oversight or risk the city pulling support for the parade. Councilwoman Jamie Gauthier last year said the Mummers parade should be overhauled and replaced with a new tradition that celebrates the cultures of people in the city.