The Durham School Services bus hit a brick house near the corner of N 9th and W Cambria Streets (across from Fairhill Cemetery) around 4 p.m., according to the Philadelphia Fire Department.

All four kids -- ages 9 to 13 -- were rushed to St. Christopher’s Hospital for observations, according to firefighters. 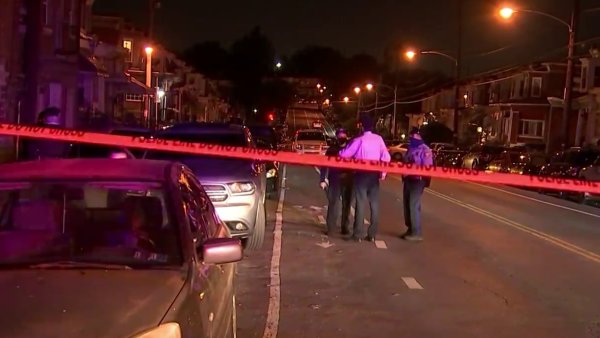 The kids were listed in stable condition and were expected to be released sometime later Monday night.

The School District of Philadelphia said that two of the students attend Henry Charles School and the other two attend Henry Houston School. Both schools are in West Mount Airy -- more than five miles from the crash site.

The bus came to a stop with much of the front end of the bus in the brick building. Witness said that bus sideswiped a few cars and hit a metal gate before hitting the house.

"It sounded like a bomb, all these houses shook," Victor Ramirez who witnessed the crash told NBC10.

Ramirez said that he pried the back emergency exit open to help kids off the bus.

Witnesses told NBC10 that the driver was talking on his cell phone for at least a block before the crash.

The driver was not injured. Police questioned him on the scene.

There was no comment about the eyewitness accounts that the driver was on the phone except for the driver denying he was on the phone. As of 11 p.m. he wasn't charged and his bus company hadn't returned NBC10's calls for comment.

No official word was given on a possible cause of the crash.

License and Inspections told the residents who live in the home that they wouldn't be allowed back in until at least tomorrow after engineers get to check the structural integrity.