Monsignor William Lynn is the first Roman Catholic official in the U.S. charged with endangering children by keeping accused priests in parish work.

The letters and memos read in court Tuesday centered on now-defrocked priest Edward Avery. Avery, known as “the Smiling Padre,” adopted six Hmong children and moonlighted as a disc jockey at parties and nightclubs throughout his three-decade church career. 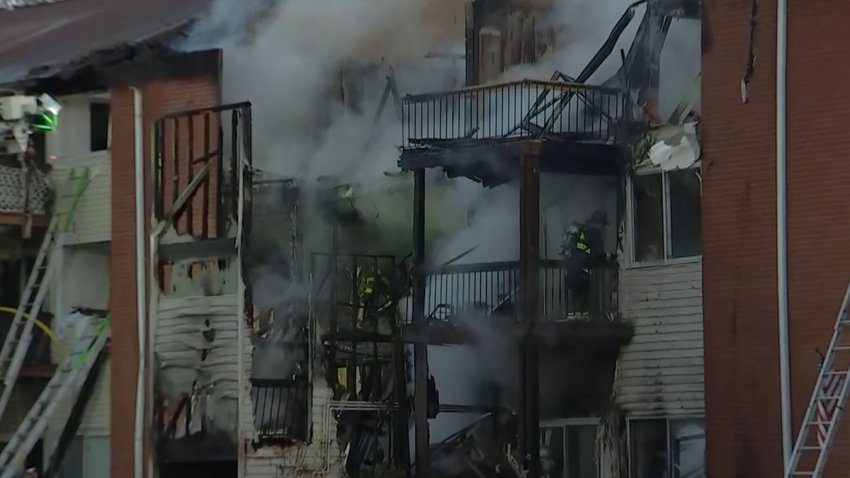 According to the documents, a medical student told the archdiocese in 1992 that Avery had molested him after a DJ gig when both the priest and high school freshman were drinking heavily at Smokey Joe's, a popular college hangout in West Philadelphia. It happened again at age 19 when the two shared a motel bed on a ski trip to Vermont with Avery's brother, he said.

Avery denied the allegations to Lynn, but then said they “could” have happened. A four-day evaluation at a church-owned hospital showed he may be bipolar and have alcohol and psycho-sexual problems. Avery was admitted to St. John Vianney in Downingtown for nearly a year of sex therapy and mental-health treatment.

Lynn told Avery's parishioners that their outgoing, energetic pastor was on a “health leave” -- but made no mention of the abuse allegation.

St. John Vianney never diagnosed Avery as a pedophile, but said he should not be around adolescents or work as a DJ.

Lynn next recommended that Avery go to a Philadelphia parish with a tough pastor, although that parish had a school attached. Cardinal Anthony Bevilacqua instead sent Avery to work as a hospital chaplain, with residency at St. Jerome's Parish. The northeast Philadelphia parish was home to many of the city's police and firefighters -- and also had an elementary school.

Avery, 69, admitted last week that he sexually assaulted a fifth-grader there in 1999, forcing the altar boy to strip naked after Mass in the church sacristy. Instead of going on trial with Lynn, Avery pleaded guilty to sexual abuse and conspiracy, and will serve 2-1/2 to five years in prison.

The Rev. James Brennan, another co-defendant, is fighting charges that he raped a 14-year-old in 1999.

Lynn also chose to go to trial, insisting that he tried to address the long-brewing sexual-abuse problem when he served as secretary for clergy from 1992 to 2004. Bevilacqua and other superiors quashed his efforts, defense lawyer Thomas Bergstrom argued Monday in opening statements.

The jury on Tuesday saw a 1994 list Lynn prepared that named 35 accused priests still on duty in the five-county archdiocese. Avery was on it, and deemed “guilty” of the abuse. The list also shows whether the archdiocese could still be sued over each allegation.

Bevilacqua ordered that the list be shredded, although a copy survived, according to Bergstrom.

In 2002 -- a decade after her son came forward -- the medical student's mother wrote to the archdiocese after seeing Avery at a party. He was still a priest, and still working as a DJ.

“As a pediatric nurse, I must wonder who else was molested,” she wrote. “If he is anywhere near children, you have a problem.”

That same year, the church sex-abuse scandal erupted in Boston. Dioceses around the country agreed to review complaints in their files. In Philadelphia, those complaints were kept in secret archives in a locked room at the archdiocese. More than 60 priests had been accused since 1948. Many were still working around children.

A review board found the medical student's complaint against “the Smiling Padre” credible, according to the documents shown in court. The archdiocese asked the Vatican to defrock Avery in 1993, saying he “has admitted an act of sexual abuse against a minor.” In 1995, the Vatican issued a decree in Latin, ending Avery's 33-year church career.

The St. Jerome's victim called the archdiocese in 2009. He said he had been raped by Avery, another priest and his sixth-grade teacher at St. Jerome's. Defense lawyers question his credibility, given his long history of drug abuse and petty crime.