La Salle University has offered counseling services to a student who reported being abducted and raped on Easter Sunday.

The school is also defending its decision not to notify students of the off-campus assault when it happened, saying administrators did not view it as an ongoing threat to their campus community.

"This case is still very active," said Captain John Darby, who heads up the Special Victims Unit (SVU) of the Philadelphia police department. 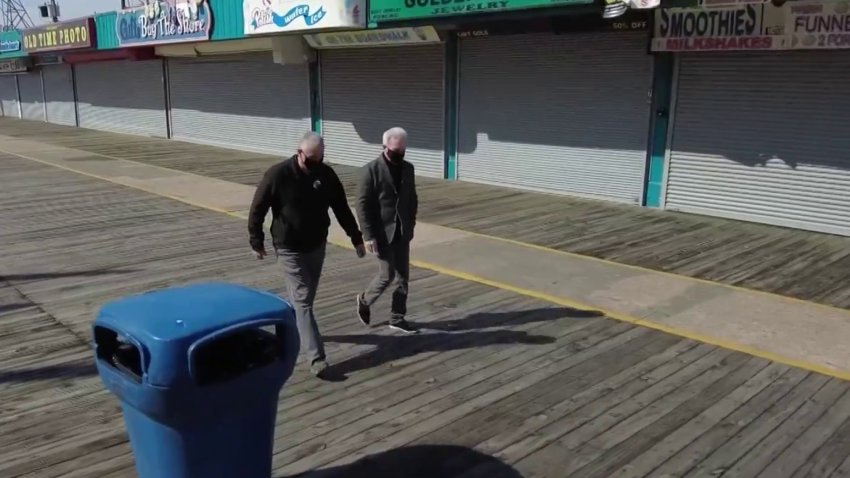 The attack happened about a mile away from the school. The 20-year-old woman told police she was walking on the 4800 block of 10th Street around 10 p.m. She said a black van pulled up beside her and four men jumped out, grabbed her and forced her inside. Police are not revealing where the men took her, but the woman told detectives she was sexually assaulted several times before the attackers dropped her off in an unknown location and fled.

Police say the men are between the ages of 20 and 25. One had "MM" tattooed on his face.

"We here at SVU take these reports very seriously. We have a very good working relationship with the University and we're in constant communication with them," Darby said.

As news of the incident spread around campus, students like sophomore Karla Fernandez were concerned. "It could've been anyone," she said.

Some students complained that the school didn't notify them about the attack. Federal law requires universities to issue safety alerts and advisories when there are serious or ongoing threats to the student or staff. This specific case, did not fit those guidelines, according to the school.

"Based on what we know, (which we cannot detail) it was decided a safety alert/advisory was not required, as we believed there was no serious or ongoing threat to our students or employees as a result of the reported incident," said Jon Caroulis, La Salle's Director of Media Relations.

Four days later, the school sent out a Safety Reminder to students, notifying them of the attack and offering the following tips:

"This is a very pro-active approach," said Capt. Darby. "They took this opportunity to remind folks of the steps that could be taken to minimize risk."

The latest crime statistics from La Salle are complete through the year 2011.

The bulk of student offenses are drinking and drug-related and most of that behavior goes on in the school's residence halls, according to the statistics.

The 10-year trend is down for drinking, and up for drug-related cases where students were disciplined:

La Salle University is located in the northwestern section of Philadelphia, on the edge of Germantown. According to the school website, the total student body is made up of over 7,300 students.