A teenager barricaded himself in a North Philadelphia home after firing shots into the home of his girlfriend's family overnight.

The 19-year-old fired five shots into a home along N 16th Street near Ontario Avenue around 1 a.m. Monday, said Philadelphia Police. Two of the shots went through the front window and wound up in the wall of a first-floor bedroom where a man slept. 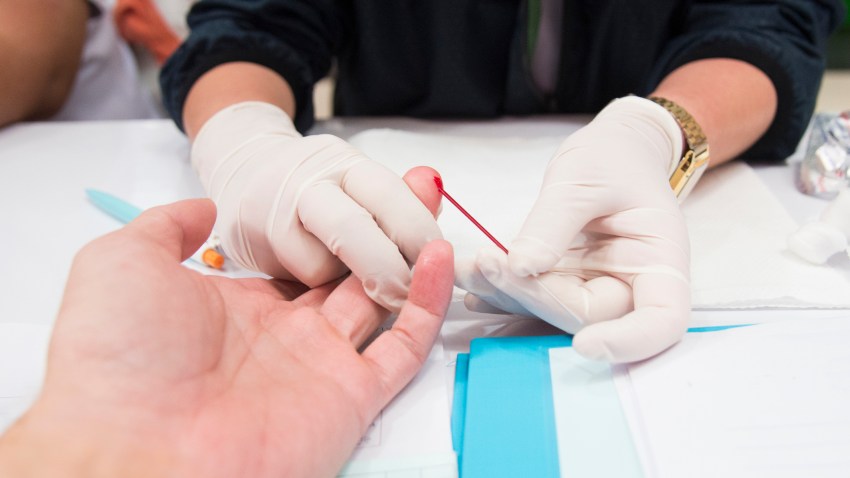 “Fortunately no one was struck by gunfire,” said Small.

After the shooting, the gunman went to his N Smedley Street home, about one block from the shooting scene, and tried to hide.

The teen refused to let police into his home leading to a standoff that only ended when the man’s grandfather let police in.

“(Police) found the 19-year-old suspect in the basement hiding under some furniture,” said Small.

Officers could be seen loading the teen into a waiting police van. A gun was recovered at the Smedley Street home.

“This was all over a domestic incident involving a female,” said Small. “He took it out on the girlfriend’s family.”

Small said the teen’s girlfriend doesn’t even live in the home he shot up.