A suspect in a possible abduction and earlier car crash led Philadelphia police on a high-speed chase that included racing along snowy and slick Center City streets, ending inside Franklin Square.

Philadelphia Police on Saturday identified a man suspected of carjacking and abducting a pizza delivery driver's family in Philadelphia on Friday night, captured by dozens of police officers after a high-speed police chase.

Police identified the man as Marcel Jenkins, 33, of Strawberry Mansion. They say he was behind the wheel of a fleeing car in a pursuit, which ended shortly before midnight following haphazard driving through Franklin Square on the border of Center City and Northern Liberties, only a block from the city's police department headquarters.

A man allegedly carjacked a pizza guy with his family inside, ditched the vehicle, carjacked another one and led Philadelphia police on a high-speed chase through I-95 and surface streets. Police say he even drove into their HQ parking lot and flipped them off.

Jenkins was dragged from the vehicle by number police officers at about 11:15 p.m. Philadelphia Police Department Capt. Nicholas DeBlasis said officers had to use their stun guns to subdue the suspect.

A spokesperson for District Attorney Larry Krasner says Jenkins is being held on $750,000 bail and will undergo a court-ordered mental health evaluation.

The man later identified as Jenkins also raced onto Interstate 95 for a while before continuing onto surface streets. At one point, the suspect even went into the police headquarters parking lot, did donuts and gave officers the middle finger, DeBlasis said.

NBC10's SkyForce10 was live and following along the pursuit, which last about 20 minutes before its end in the park.

The pizza delivery man and his family were not harmed. They were not in the vehicle that was involved in the police pursuit, police said.

A pizza delivery man making a stop near North Broad Street and Erie Avenue in North Philadelphia had his worst nightmare come true. Someone carjacked him and abducted his wife and two young children, police said. NBC10 reporter Drew Smith has the story of the abduction before the suspect led police on a chase through the city.

The initial carjacking and abduction took place about 8:30 p.m. during a stop by a delivery man for one of the City View pizza shops. The pizza guy got out of his car near North Broad Street and Erie Avenue, and that's when the carjacker jumped in.

But the pizza delivery man's wife and two young children, ages 2 and 4, were still in the car. 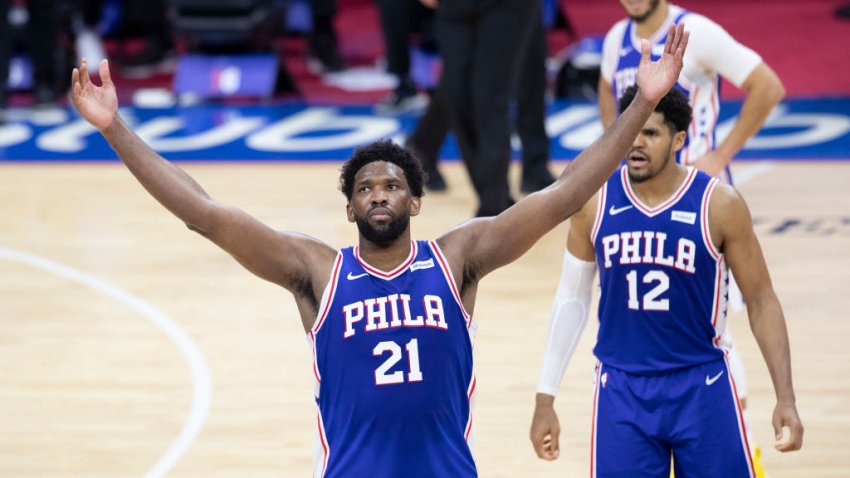 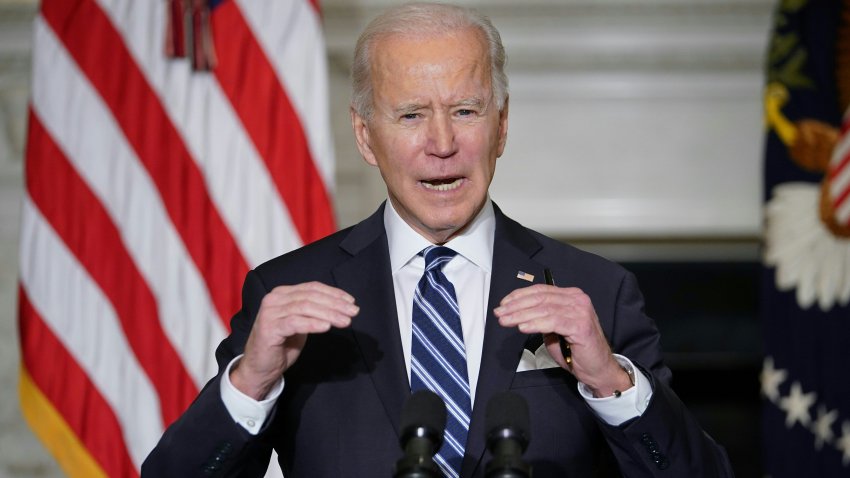 They were eventually found by police about two hours later unharmed.

While officers were still looking for the carjacker after the abduction, they got a call about a crash on the intersection of 21st and Spring Garden streets, DeBlasis said. The suspect had apparently rear-ended a woman before getting out of the first car, threatening to shoot the woman and then taking off in her car, the captain said.

Officers quickly located a second vehicle that the suspect had allegedly stolen, and that's when the chase began.

It wound through Old City, heading at times down the opposite direction of one-way streets and for a short period on Interstate 95. At one point, two police vehicles collided with one another as they gave chase, DeBlasis said.

The pursuit finally ended in Franklin Square near police headquarters, where the man drove into the snow before officers raced out of their cars, swarmed him and dragged him out.

Despite the chaos, no one was hurt, DeBlasis said.

“This defendant was very brazen. We’re very fortunate with the outcome," he said.