The fire also killed four adults and left two people, including yet another child, in critical condition

Federal fire investigators Thursday vowed to spare no expense in the investigation into a rowhome fire that killed 12 people, including eight children, in Philadelphia’s Fairmount neighborhood.

Officials with the Bureau of Alcohol, Tobacco, Firearms and Explosives and the Philadelphia Fire Department, which are working together to investigate Wednesday’s deadly blaze, would not comment on specifics during Thursday afternoon’s press conference, but they hinted at a wide-ranging probe.

“What I can tell you is this is a resource-intensive investigation. It’s an exceptional time – manpower staffing, equipment, commitment – to get to the origin and cause of this tragedy,” PFD Deputy Chief Dennis Merrigan said.

Due to the “magnitude of the scene and the significant loss of life,” the ATF has deployed additional resources – including fire protection engineers, electrical engineers and special agents who are experts in how fires ignite – to help with the probe, Matthew Varisco, the special agent in charge of the burau's Philadelphia Field Division, said.

Separately, School District of Philadelphia officials confirmed that at least some of the children who died in the blaze attended school in the district. The fire also killed four adults and left two people, including yet another child, in critical condition. 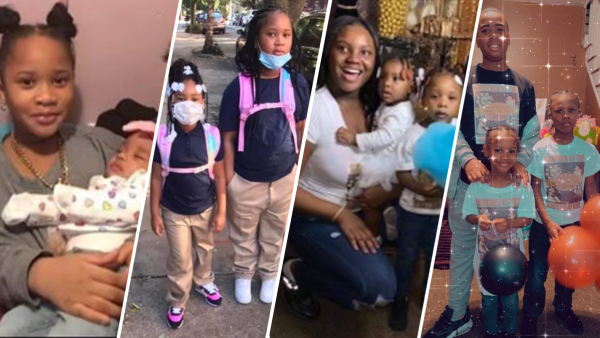 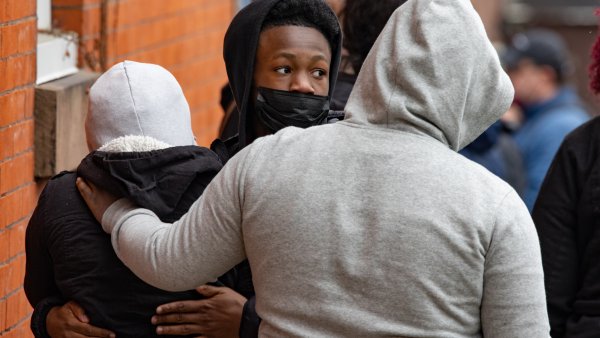 Two of the children were students and three were former students, while the other three seemed to have attended non-SDP schools, district spokeswoman Monica Lewis said. The district will provide counseling and support services to students and staff.

“Our thoughts and prayers are with the family members, friends and school communities who are grieving this unimaginable loss,” Lewis said.

A “friends and relatives” center has also been set up at Bache-Martin Elementary School to provide help to those impacted by the tragedy, as well as information and assistance for family and friends of the victims, she added.

In addition, the Fund for the School District of Philadelphia – a nonprofit that serves to fiscally connect the private sector to the district – in conjunction with Mayor Jim Kenney and City Council President Darrell Clarke, has set up a fund and is taking donations to support the families affected by the fire.

The blaze on the 800 block of North 23rd Street erupted Wednesday morning on the second floor of the three-floor house, which is owned by the Philadelphia Housing Authority. At least 26 people lived in the property, which had been split into two apartments, fire officials said.

When firefighters arrived around 6:40 a.m., there was heavy fire coming from a kitchen area on the second floor and heading up the open staircase to the third floor, Philadelphia Fire Department Deputy Commissioner Craig Murphy said. He said there was little to stop the flames from moving.

“It was terrible. I’ve been around for 35 years now and this is probably one of the worst fires I have ever been to,” Murphy remarked. The fire was tied for the sixth-deadliest residential fire in the United States since 1980, according to the nonprofit National Fire Protection Association.

A neighbor said he heard screams around 6:30 a.m. and came downstairs to find the house ablaze. "It was just such a shocking moment," he said.

As firefighters battled the flames, they discovered multiple people dead in the home. It took 50 minutes to get the blaze under control, according to the city fire department.

Each of the families living in the property initially moved in in 2011, the PHA said.

Philadelphia is the poorest big city in the country, and housing insecurity is a huge issue for many. Pennsylvania Sen. Sharif Street, a Democrat who represents the area, said many of his constituents find shelter with other families to make ends meet.

“I knew some of those kids – I used to see them playing on the corner,” said Dannie McGuire, 34, fighting back tears as she and Martin Burgert, 35, stood in the doorway of a home around the corner. They had lived there for a decade, she said, “and some of those kids have lived here as long as us.”

A child who ran out of the building told investigators a Christmas tree caught fire before flames spread inside the duplex, multiple sources told NBC10.

There were six battery-operated smoke detectors installed in the home, but none were operational at the time of the blaze, firefighters said. Kelvin A. Jeremiah, president and chief operating officer of the PHA, said in a written statement that all smoke detectors were working properly when the property was last inspected in May of last year.

The city’s fire marshal and federal Bureau of Alcohol, Tobacco, Firearms and Explosives were investigating the cause of the fire. Sources said investigators were looking at how the flames spread so quickly and looking into whether the Christmas tree mentioned by the child fueled the fire.

Murphy, the deputy fire commissioner, said investigators would make sure the loss of life "wasn't in vain."