The officer was released from the hospital late Monday night.

A Philadelphia police officer suffered a graze wound to his head after a gunman opened fire in North Philadelphia Monday night.

Philadelphia police responded to a reported carjacking on the 2300 block of North Reese Street shortly after 8 p.m. when a gunman opened fire.

"Out of nowhere I heard like seven to eight gunshots consistently, and I was kind of like trying to decide if they were firecrackers or not," Jalen Reynolds, a witness, told NBC10. "But it obviously wasn't firecrackers."

One of the officers, a four-year veteran, was grazed on the head. He was taken to Temple University Hospital and was later released around 11 p.m. 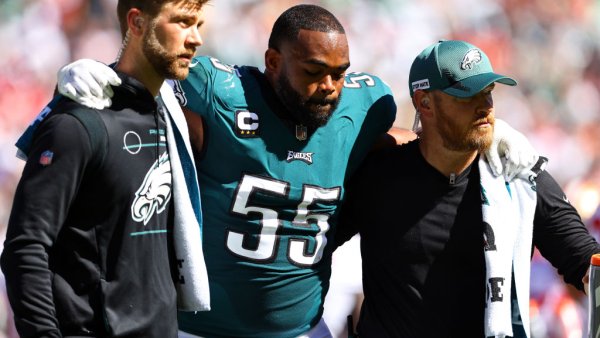 Police took one person in custody for illegal possession of a firearm. They have not yet determined if that suspect was the person who opened fire however.

"It's not just that someone was emboldened enough to shoot at a police officer. But someone was emboldened enough to shoot at a fully-uniformed police officer with several other marked units or police officers right there," Commissioner Outlaw said. "So this wasn't a question of were they sure of who they were. They knew that we were engaged in some form of an enforcement action. And they took this very brazen and very disrespectful, quite frankly, action by shooting at us and again we're very fortunate that this officer is going to be okay."

Police are currently speaking with witnesses as well as the other officers who responded as they continue to investigate.

The shooting occurred the same night a gunman opened fire on police officers after crashing a motorcycle in Southwest Philadelphia. No officers were hurt during that incident.