An exchange became heated when a Rutgers law student questioned Governor Chris Christie about a merger plan at a town hall-style meeting in Burlington County.

Governor Chris Christie mixed it up with a Rutgers University law student at one of his signature town hall-style events in Florence Township, N.J on Thursday.

Christie got into a heated exchange with 34-year-old William Brown, who is unhappy with the governor's plan to merge Rutgers University's Camden law school with Rowan University.

The exchange began when the former Navy Seal questioned the governor's plan to merge the two South Jersey schools. It ended with the governor berating the Mount Laurel man, who attends Rutgers-Camden and interrupted Christie several times before being escorted out.

The governor said, ``Let me tell you something, after you graduate from law school, you conduct yourself like that in a courtroom, your rear end's going to be thrown in jail, idiot.''

Video courtesy of Calkins Media. To view the confrontation go to 1:10 in the video below. 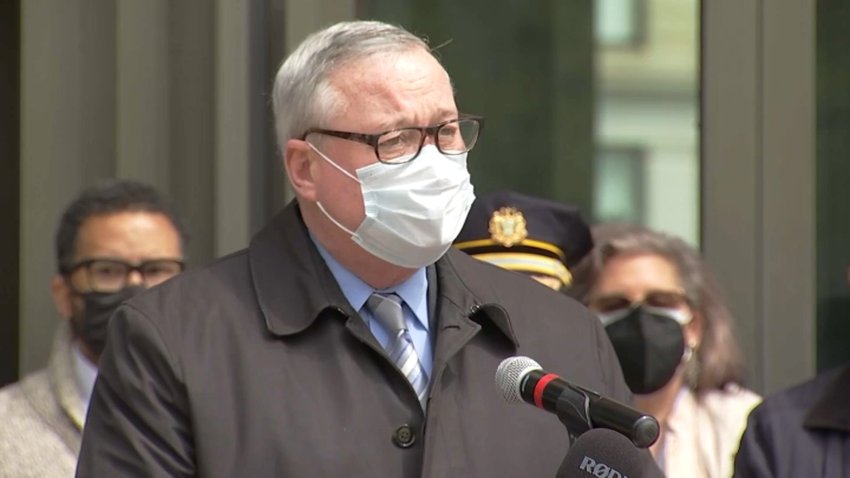 The governor then told the crowd, "I tried to be patient with the guy. Everytime I tried to answer he started yelling over me again. Damn man, I'm the governor can you just shut-up for a second"?

Minutes after being escorted out of the meeting, Brown told the Star-Ledger, "I was never any threat, I never said anything that was threatening. I was advocating for Rutgers-Camden and for working families in south Jersey."

The governor's merger plan is part of a bigger plan to overhaul the state’s higher education system. Rowan University in Glassboro would be elevated to a major research university.