About a dozen Black Lives Matter activists spoke with officers outside the Mount Laurel Police Department on Tuesday.

The quiet scene stood in stark contrast to the chaos that occurred in the New Jersey town a day earlier, in which a massive crowd protested outside the home of a man who was caught on video harassing and yelling racial slurs at neighbors.

Yet some residents have said that Edward Cagney Mathews’ harassment and racism went beyond what was captured on video and had occurred for years, leading to questions regarding why he wasn't arrested sooner.

The most recent ordeal began on Friday, July 2. Police said Mathews, 45, went to the home of Mount Laurel’s homeowners’ association (HOA) president because he wanted to speak with him. When he arrived, he was met by the HOA president’s wife.

The woman called police after Mathews allegedly tried to break into the home by opening the storm door. The woman told investigators Mathews wiped off the handle of the door with his t-shirt in an attempt to erase his fingerprints.

When a Mount Laurel police officer arrived, Mathews told him to “go talk to the n*****s” and “tell them about me.” Mathews also yelled to onlookers, “did you know monkeys live here?” and repeatedly called the HOA president, who is Black, and the HOA president’s wife, who is white, “f*****g n*****s,” according to an affidavit. In the video, the officer repeatedly tells Mathews to leave and go home before Mathews finally does so.

Father Mourns Wife and Twin Daughters Who Were Killed in Crash on I-495 in Del. 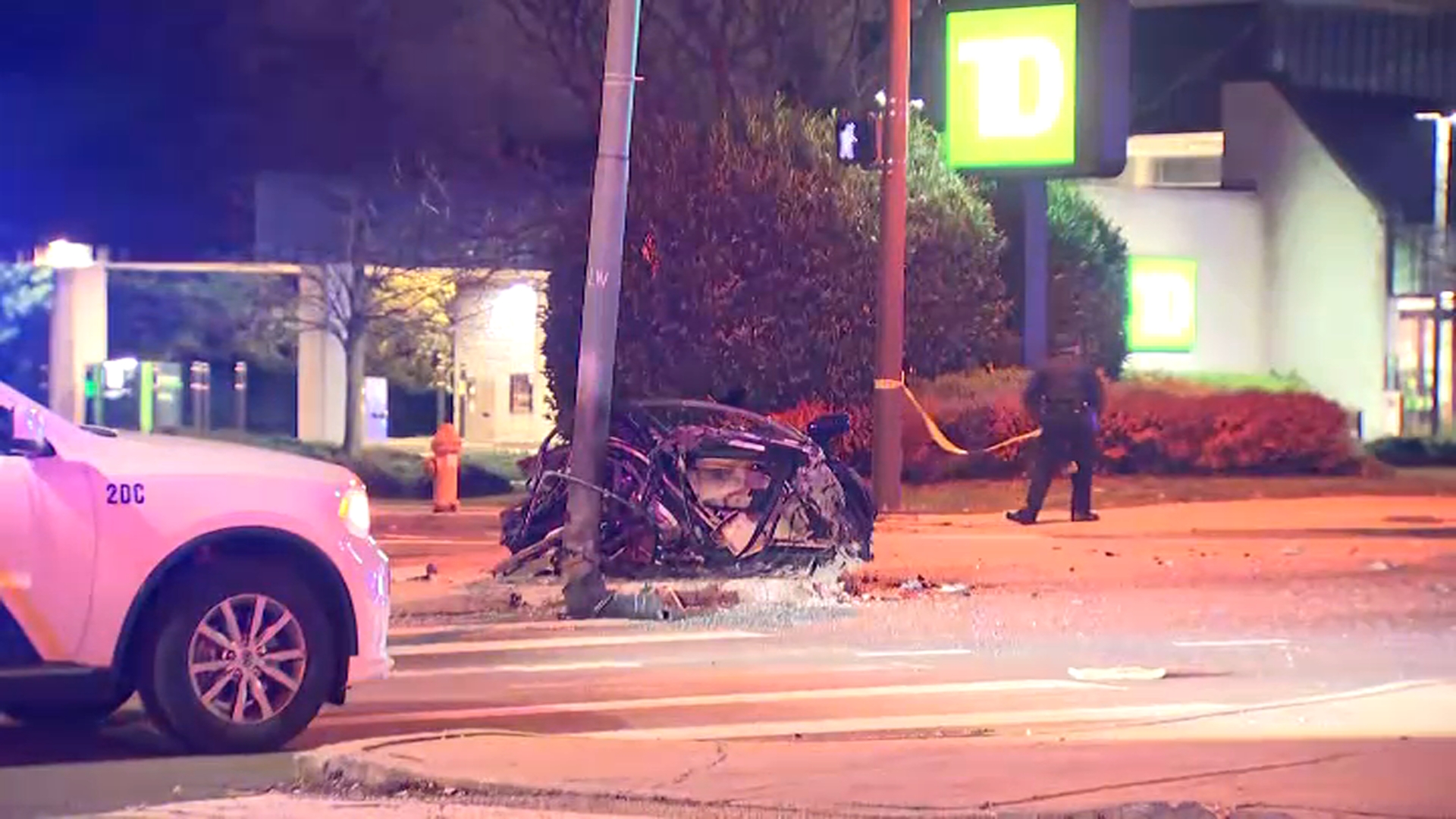 Gary Frazier, a community activist, took issue with the conduct of the police officer who spoke with Mathews.

“He instructed Edward to go home. I think he called him by his name as if they had a personable relationship, even after hearing him yelling the racial slurs,” Frazier said.

That same day, Mathews' neighbor reported to police he had harassed her and yelled racial slurs at her. The woman, who is Black, said she had spoken with detectives earlier in the day after reporting criminal mischief to her vehicle which she suspected Mathews was responsible for.

When she heard someone at her door she expected to see a detective but was instead met by Mathews who denied being involved in the criminal mischief while cursing at her, investigators said.

The woman closed the door and called police who responded to the home and spoke with Mathews. After police left, Mathews was captured on the woman's Ring doorbell video walking his dogs to her front yard, looking directly at the camera and thrusting his hips in a lewd motion while laughing, according to investigators.

The video then shows Mathews walking away while looking at the camera and saying, 'f*****g monkey,'" police said. The woman told police Mathews had called her a "n****r b***h" and a "f*****g monkey" various times in the past few months though those incidents weren't captured on camera. The woman said Mathews had repeatedly tried to intimidate her in an attempt to get her to move out of the neighborhood since she is a member of the housing association board.

Mathews was later arrested on Friday and charged with bias intimidation and harassment. His charges were placed on a summons by a municipal court judge to be heard at a future court appearance. He was then released from police custody that night.

Over the weekend, the video of Mathews’ racist rant as well as another video in which he yelled racial slurs at a woman were posted on Facebook. The woman who posted the second video accused Mathews of harassing her for more than a year and stated that the caught on cam confrontation occurred in 2017. She also accused Mount Laurel Police of doing nothing to stop the harassment despite her repeatedly reporting Mathews.

"He had been brought to court before but those charges were either dismissed or no probable cause was ever found," Chief Riedener said. "We had investigated him several times. But until this particular incident where the neighbors had video available from the ring cameras and things of that nature, we were finally able to get the evidence that we needed to actually charge him with the crimes he was committing."

During his caught on cam rant from Friday, Mathews stated his address and invited the man he was yelling racial slurs at to come to his home. On Monday afternoon, a massive crowd of protesters did just that. With police standing on guard, they protested outside Mathews’ home for hours.

Around 7:30 p.m. Monday, police took Mathews out of the home and led him to their squad car as the crowd pelted them with water bottles and other objects. Officials said the second arrest was due to additional charges that were filed against Mathews.

A day after a New Jersey man who was caught on video harassing and yelling racial slurs at neighbors was taken into custody, some are wondering why he hadn’t been arrested sooner when residents had complained about him for years. NBC10's Cydney Long has the details.

Frazier believes Mathews would not have been arrested a second time if not for the protest however.

"Absolutely not,” Frazier said. “Because if that was the case, he wouldn't have been home with the summons to appear in court."

Corey Jones, a former Mount Laurel police officer, told NBC10 the decision to arrest him again came from the court however.

"So it's not so much that the people caused it. It's that the actions that we were able to investigate, uncover and document is what changed it from a summons to a warrant,” Jones said.

Jones acknowledged that the protest likely played a role however.

“The fact that there were protesters out there will probably make the police want to do this a little bit faster,” Jones said.

Jones said the officers who dispersed the crowd of protesters conducted mobile field training though a call was made for them to not dress in riot gear.

“The officers were hit with bottles, they were sprayed with pepper spray and they were yelled at,” Jones said. “All kinds of those things happened. Fortunately because of their training, experience, professionalism, there weren’t any life-threatening injuries to our police officers out there.”

Police said 10 to 15 officers were struck with objects thrown by the crowd while neighboring homes were damaged by some of the protesters. They are currently reviewing body camera footage

"We will be reviewing evidence from the scene and will hold accountable anyone who committed criminal acts yesterday," Coffina said.

While speaking with NBC10 hours before his arrest, Mathews apologized for his words and actions while insisting he wasn’t a racist.

"What he was spewing on that video doesn't match what he was doing yesterday when I came out there,” Frazier told NBC10. “He was very apologetic and he wanted to participate in anti-oppression classes."

Frazier also believes better police training will lead to better handling of cases where a defendant appears to be in need of help.

"He let us know some of the reasons behind it,” Frazier said. “He said drinking. So obviously we have some issues going on with him. Some mental health issues that obviously need to be addressed. And so we're just looking forward to seeing justice but also getting him the rehabilitation that he needs."

Mathews will remain in the Burlington County Jail pending a detention hearing that will likely take place on Friday.

In a statement, Coffina urged anyone with information on any other incidents Mathews was involved in to come forward.

“The law enforcement community will do everything within our power to make all our residents, no matter their background, feel safe and welcome in their homes, and wherever they work, play or go to school in Burlington County,” Coffina wrote.