Two 18-year-olds are charged with killing Alexis Quinn and Kris Minners in what prosecutors describe as random shootings spurred on by the initial fight and shootout on South Street.

Two teenagers, 18 years old each, have been charged for the killings of two bystanders in the South Street mass shooting that left three people dead and 11 others injured over the weekend, District Attorney Larry Krasner said Thursday.

Dukes-Hill, of Drexel Hill in Delaware County, and Whittington, of Philadelphia, are friends and fled together to Virginia, where they were caught Thursday, Pescatore said. The pair will be extradited to Philadelphia, she said. The DA's office said both men would be held without bail.

The shooting was sparked after a fight among three men who fired at each other, authorities have said. Dukes-Hill and Whittington were down the street and opened fire despite not knowing the initial three men, Pescatore said.

Two other people are already in custody in connection to the original fight and shootout that preceded the gunfire by Whittington and Dukes-Hill. Police Chief Inspector Ben Naish said Thursday that it is now believed that all shooters in the incident are in custody.

Rashaan Vereen, 34, was arrested Monday around 7:30 p.m. near his home on Hemberger Street in South Philadelphia. Vereen and his friend, 34-year-old Gregory Jackson, were walking along the 400 block of South Street on Saturday around 11:30 p.m. when they walked by another man, Micah Towns.

Investigators said words were exchanged between the men. Jackson and Vereen then attacked Towns in a confrontation that was caught on video, according to officials.

Jackson, who had a permit to carry, then pulled out a gun and shot Towns, investigators said.

Towns, who also has a permit to carry, pulled out his own weapon and fired back at Jackson and Vereen as they ran away. Jackson was shot at least once and fell to the ground while Vereen stayed with him.

At the same time as the shootout occurred, police said Quran Garner, a friend of Towns, was walking a half a block away near the intersection of South and American streets. Garner allegedly pulled out his own weapon and fired toward Jackson and Vereen. Garner then turned and aimed at a police officer, investigators said. That officer then returned fire several times, striking Garner.

Garner dropped his gun and then ran down American Street, shouting, “He shot my hand off! He shot my hand off,” investigators said. He was taken into custody a short time later when he turned himself into police officers a few blocks away.

Vereen stayed with Jackson after the shooting and told responding officers he was his friend, officials said. Vereen is charged with attempted murder, aggravated assault, simple assault, recklessly endangering another person, conspiracy, violation of the uniforms firearms act, possession of an instrument of crime, tampering of evidence and obstruction of justice. He is being held on $350,000 on Tuesday, court dockets showed.

The legally armed man who killed the gunman who attacked and shot him during the South Street mass shooting has not been charged after the DA's Office determined he acted in self-defense. Legal analyst Enrique L1 Latoison breaks down his actions in an interview with NBC10's Jim Rosenfield.

Jackson died from his injuries while Towns was taken to Penn Presbyterian Hospital, where he is still in critical condition.

Investigators have not yet determined a motive for the initial fight between Jackson, Vereen and Towns. They revealed during a press conference that Towns, like Vereen, is also involved in boxing though they were unsure if that played a role in Saturday's altercation.

The District Attorney's Office said Towns acted in self-defense when he shot and killed Jackson and will not face charges. However, during a press conference on Wednesday, Mayor Jim Kenney said he wants to see Towns face some sort of punishment.

"Even though it was determined that he was in self-defense or whatever, there was violence going on there, there was fists flying, there was all kinds of stuff going on and he set off, along with those other guys, a chain of events that killed two innocent people," Kenney said. 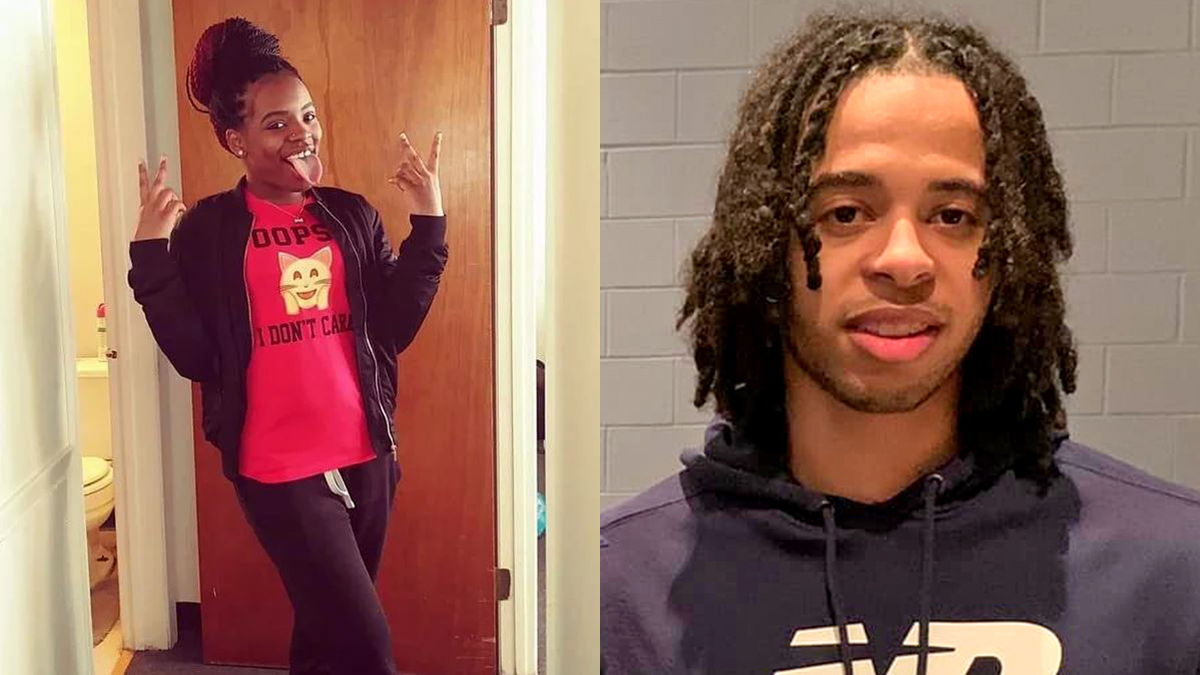 ‘Our Hearts Are Broken:' What We Know About South Street Victims 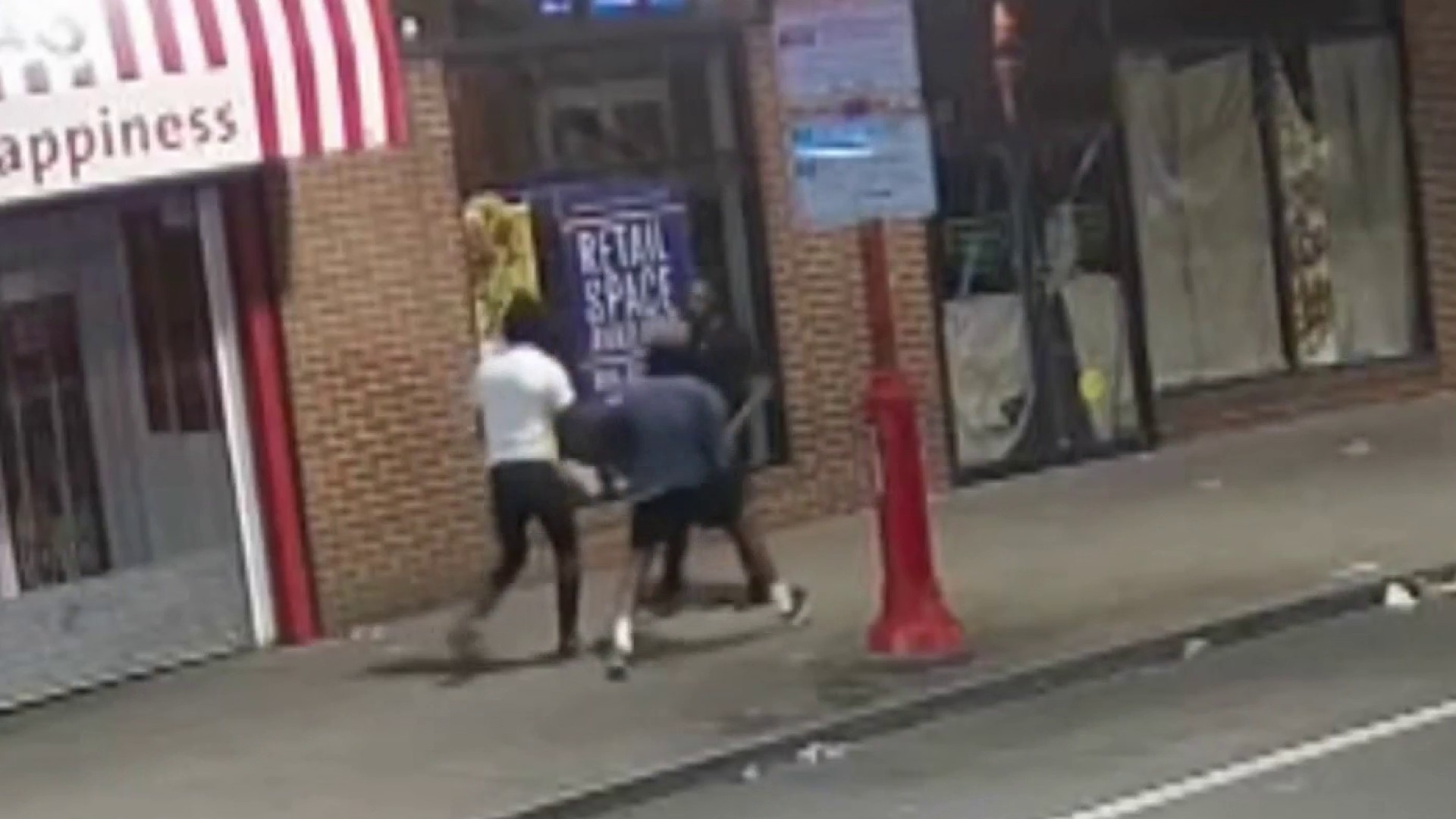 The officer who fired at the unidentified gunman who escaped is a three-and-a-half year veteran with the 18th District. He was placed on administrative duty pending the outcome of an investigation from Internal Affairs. It's unclear at this time whether that officer is the same one who shot Garner.

Eleven people, including Towns and Garner, were wounded by the dozens of rounds of bullets sprayed into a massive crowd gathered near 2nd and 3rd streets in the area popular for its bars, restaurants and nightclubs.

At least four guns were found at the scene, including Garner's weapon, which investigators said was a ghost gun with an extended magazine.

"Obviously, this is a great city. And it's a great city where we are choosing not to simply submit to fear and stop living," Krasner said Thursday. "But I fully understand that when an incident like this occurs, when we have this repeated level of extreme violence that is going on with or without guns, that it has an impact on the entire city. It is traumatizing for the entire city."