Gov. Phil Murphy says New Jersey needs more testing before it can begin to consider reopening. Thanks to a saliva test from Rutgers University, more testing can be done.

Gov. Phil Murphy said Thursday that COVID-19 cases in New Jersey are almost at 100,000 as the hard-hit Garden State continues to aggressively test for the deadly virus. 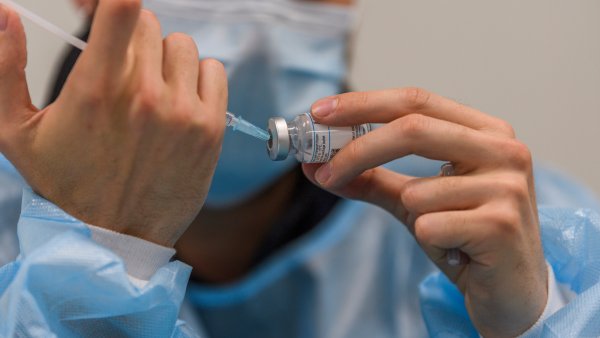 COVID Vaccine Side Effects: When to Call a Doctor

"Of the nearly 100,000 total cases we’ve reported since our first positive case on March 4th, roughly 46,000 of these individuals have now exited the two-week incubation window," Murphy said.

At least 5,368 people have died from coronavirus-related complications with 307 more deaths reported over the past 24 hours. Preexisting conditions like cardiovascular disease (60%) and diabetes (42%) have been prevalent in deaths of people with underlying conditions.

Despite the increase in deaths and cases, Murphy saw some leveling off of the viral spread.

Murphy urged for people to continue to stay at home and remain socially distant from one another when they must go out for essentials.

"I am not in a position yet to begin reopening our state and jump starting our economy," Murphy said Wednesday. On Thursday, he said he hopes to have some sort of plan by Monday.

Murphy said he has yet to commit to any guidance on Memorial Day parades, but said he doubts at this point that they will be held.

Murphy says he thinks the state needs to double the number of tests it does daily.

Murphy, a Democrat, has said the state would need to ramp up testing beyond just symptomatic people before reopening its economy.

As of Thursday at least 86 sites in the state offered COVID-19 testing.

Some testing sites are using a saliva test developed by Rutgers University. That saliva-based test is going to be used starting next week at five state developmental centers, Murphy said.

As the Rutgers-developed testing expands -- up to 10,000 tests can be done a day within a couple of weeks, according to Rutgers -- Murphy wants more state workers tested.

"We are working to expand testing to other state workers and the individuals we serve," he said.

There is also a collaboration with Cooper University Hospital to test around 3,000 long-term care residents and staff at 16 nursing home and long-term facilities in South Jersey, the state health department said.