The NJSIAA, which oversees high school sports, will give final approval. The organization said it will announce more details on oversight later this week.

High school sports in New Jersey were given the green light by Gov. Phil Murphy on Monday, with some rules in place on who will be allowed to participate.

He said that the final approval will be given by the New Jersey State Interscholastic Athletic Association, which oversees high school sports in the state.

"I am encouraged that most of our major fall sports are played outdoors," Murphy said.

Student-athletes will not be turned away from sports participation just because they have chosen an all-virtual learning option, Murphy said. 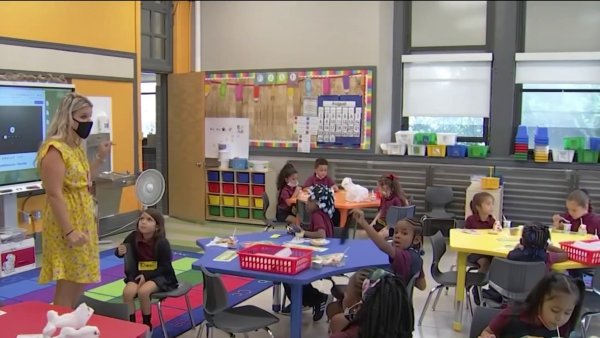 "The NJSIAA said in a statement that the organization "appreciates the continued support of Governor Murphy, Senator Sarlo, and Assemblyman Wimberly. With their input, as well as continued guidance from our roster of experts, we look forward to announcing updates to our plans later this week."

NJ.com first reported that high school sports could be allowed to begin as the school year begins next month.

How long the sports leagues last will remain a question throughout the year, though Derryk Sellers, who is president of the West Jersey Football league, said he is confident schools and teams can keep student-athletes and coaches healthy.

West Jersey Football League is a super conference of more than 90 schools that stretches from Princeton Township in Mercer County to the Wildwoods in Cape May County.

"We’re going to do everything we can to get the season in," Sellers said.

"The biggest competitor we’re battling now is not each other. It’s COVID," he added.

A plan that allows for high school sports in New Jersey this fall would contrast with other decisions by high school officials in the Philadelphia region who have already opted out of sports in the first half of the school year.

The Philadelphia Public League won’t play sports this fall to align with the recommendations of Pennsylvania Gov. Tom Wolf and his administration. The suspension on sports goes until the beginning of January.

New Jersey state Senator Paul Sarlo, D-Bergen County, said he and Murphy have spent "countless hours" on the phone with officials at the NJSIAA and high school administrators working on plans to safely play high school sports this fall.

"I am confident that the NJSIAA in the coming days will provide further clarification in how to" to hold the fall sports schedule, Sarlo said.