Shifting tone, Senate Majority Leader Mitch McConnell said Wednesday he is “open” to considering additional funds for state and local governments in the next coronavirus relief bill as the chamber returns to session during the pandemic.

The Republican leader faced a storm of criticism from the nation's governors after panning Democrats' proposal for more than $500 billion to help cash-strapped local governments cover the sudden extra costs of police, fire and other front-line workers in the crisis. Last week, he suggested states should be allowed to go bankrupt.

While saying he's willing to consider new funds, McConnell insisted the next package must also include federal liability protections from what he warned will be an “avalanche” of lawsuits against businesses that reopen during the pandemic.

“There's no question all governors, regardless of party, would like to have more money, I’m open to discussing that,” McConnell said on Fox News Radio.

Congressional leaders staked out priorities Wednesday for the next round of aid even as key senators joined their House colleagues in sounding alarms over the health risks of reopening the U.S. Capitol.

The Washington, D.C., region remains a virus hot spot, health officials say. Stay-home orders are in place through mid-May for the District of Columbia.

Sen. Chris Van Hollen of Maryland, a state home to many federal workers, said by asking people to return to the Capitol “without effective safeguards in place, Mitch McConnell is endangering the lives of the staff who work there."

The House canceled its scheduled return after lawmakers revolted and the Capitol physician warned of the health risks for the 430 lawmakers and their staff. 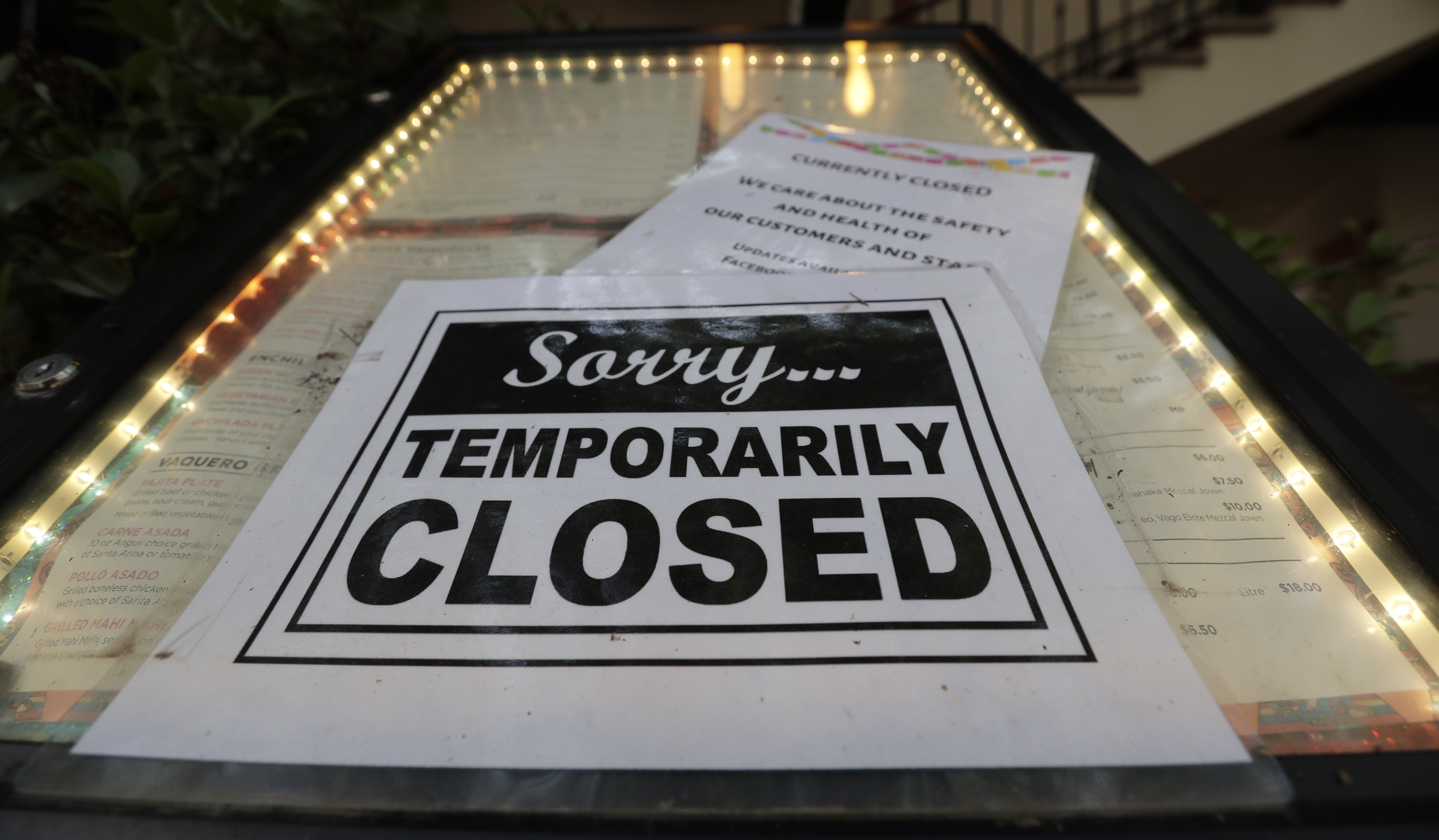 Smallest Businesses Get a Few Hours at Head of Loan Line Virus Is Expected to Reduce Meat Selection and Raise Prices

McConnell said Wednesday the Senate, with its 100 members, will not “sit on the sidelines.”

McConnell's office would not say if he consulted with the Capitol physician on the decision to resume Senate operations.

As Congress reaches for the next package, McConnell said his liability proposal must be included. He said he's trying to prevent a "second pandemic — which is going to be lawsuits against doctors, nurses, hospitals and brave business people opening up.”

Democrats are also refining their approach to ward off GOP attacks that federal aid to the states would be a bailout for governors suffering from past budgeting decisions.

President Donald Trump is using the Defense Production Act to order meat and poultry plants hit hard by the coronavirus to stay open. More than a dozen plants have closed because of COVID-19 outbreaks among their workers. One union says 20 employees have died.

Chief among McConnell's critics was New York Gov. Andrew Cuomo, who urged the nation's leaders to adopt the spirit of the thousands of doctors and nurses who descended on New York to help in the crisis.

“You can’t stop the politics, even in this moment?” Cuomo, a Democrat, said during a press briefing.

House Speaker Nancy Pelosi said the federal aid could come in separate installments for state, local and municipal governments as reimbursement of costs of handling the health crisis as the economy shuts down.

Some deceased Americans are receiving their portion of the stimulus money being sent out to help people through the coronavirus, and bereaved families are asking what to do with it.

“This is an overwhelming issue for them," she said.

The new panel will add another layer of oversight as President Donald Trump’s administration carries out the largest economic rescue in U.S. history.

It was not clear Wednesday whether Republicans will join the panel. GOP lawmakers unanimously opposed its creation. House Republican leader Kevin McCarthy's office blasted it as “impeachment 2.0.”

House and Senate leaders are straining to respond to the pandemic crisis as they face the reality that Congress may not be able to fully resume for some time.

Senators are returning on Monday to an agenda of confirming Trump's nominees for judicial and executive branch positions.

Among them is Rep. John Ratcliffe, R-Texas, who is Trump's choice to be the new director of the Office of National Intelligence. The Senate Intelligence Committee is preparing to consider the nomination, according to a person unauthorized to discuss the situation and granted anonymity.

Senate Democratic leader Chuck Schumer said the Senate instead should focus on congressional oversight of the federal coronavirus response.

Democrats proposed a new effort Wednesday to federalize the nation’s medical supply chain. Schumer said resources will be needed as the country ramps up testing and contract tracing in the months ahead.

In the House, frustrated at-home lawmakers long for what's being lost as a co-equal branch of government and have started holding virtual committee briefings as a way to tackle issues and speak to constituents.

A bipartisan House task force is also considering a proposal for proxy voting, which would be a first in the House's 200-plus-year history.

Senate Republicans are planning to hold their regular Tuesday lunch, in what will perhaps be one of the largest gatherings in the area.