Vaccines can sometimes cause allergic reactions, but they are usually rare and short-lived.

British regulators are looking into reports of allergic reactions in two people who received the new Pfizer COVID-19 vaccine Tuesday, the first day of a vaccination program. In the meantime, they're telling people to skip the vaccine if they've had a history of serious allergic reactions.

A look at allergic reactions to vaccines:

HOW OFTEN DO ALLERGIC REACTIONS TO VACCINES HAPPEN?

British officials are investigating reports that two people who received the Pfizer vaccine had allergic reactions. Medical experts say that while reactions are rare, they aren’t unheard of for vaccines of any kind and are usually short-lived.

Allergic reactions can occur with numerous vaccines and experts say they are not unexpected.

In the Pfizer-BioNTech study of 42,000 people, the rate was about the same in those who got the coronavirus vaccine versus those who got a dummy shot. U.S. Food and Drug Administration reviewers who examined the study's safety data found that 137 — or 0.63% — of vaccine recipients reported symptoms suggestive of an allergic reaction, compared to 111 — or 0.51% — in the placebo group.

A 2015 study in the U.S. examining the rate of anaphylaxis — a severe, life-threatening allergic reaction — found that it occurred about once per every million vaccine doses. The study evaluated children and adults who got vaccines against numerous diseases, including polio, measles and meningitis.

“For the general population this does not mean that they would need to be anxious about receiving the vaccination," said Stephen Evans, a vaccines expert at the London School of Hygiene and Tropical Medicine.

He noted that even common foods can provoke severe allergic reactions.

The UK's Medical and Healthcare Products Regulatory Agency said people should not receive the Pfizer vaccine if they have had a significant allergic reaction to other vaccines, medicine or food, such as those who have been told to carry an adrenaline shot — such as an EpiPen — or others who have had potentially fatal allergic reactions. The medical regulator also said vaccinations should be carried out only in facilities that have resuscitation equipment.

Such advice isn't uncommon; several vaccines already on the market carry warnings about allergic reactions, and doctors know to watch for them when people who’ve had reactions to drugs or vaccines in the past are given new products.

The two people who reported reactions were NHS staff members who had a history of significant allergies and carried adrenaline shots. Both had serious reactions, but recovered after treatment, the NHS said.

Peter J. Pitts, a former Food and Drug Administration associate commissioner, and current president of the Center for Medicine in the Public Interest joined NBCLX and debunked many of the fears people have expressed about taking a COVID-19 vaccine.

WHY DO THESE REACTIONS HAPPEN?

Scientists say people can be sensitive to components in the shot, like gelatin or egg protein, or to the vaccine itself. People with egg allergies are sometimes advised not to get the flu shot, since that vaccine is mostly grown in chicken eggs.

Common symptoms of an allergic reaction include a rash, skin irritation, coughing or trouble breathing.

The exact ingredients used in Pfizer's new COVID-19 vaccine are proprietary and are not publicly disclosed. The vaccine uses a new technology, and is coated in lipid nanoparticles, which have been used in drugs.

WHAT ARE OTHER VACCINE SIDE EFFECTS?

Typical side effects for many vaccines include things like a sore arm from the shot, fever and muscle aches. In the Pfizer study, participants also reported fatigue, headache and chills.

More serious side effects are reported to regulators or health officials for further investigation. But it can often take time to determine if the vaccine caused the side effect or if the person just coincidentally received the shot before becoming ill. 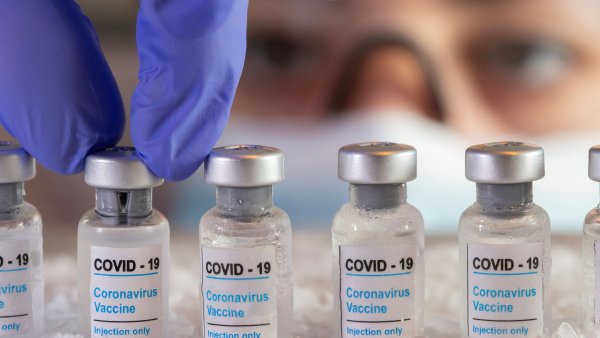 Side Effects of COVID-19 Vaccine: Trial Participant Speaks Out 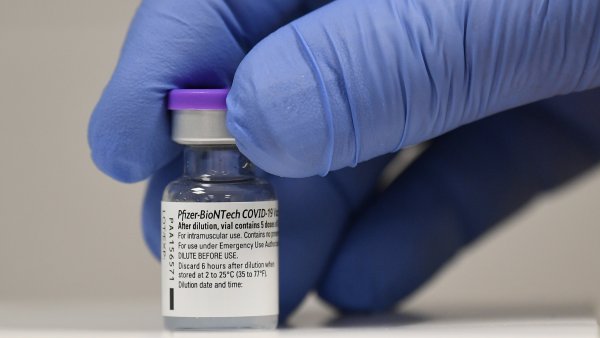 Pfizer Vaccine Moves Closer to Getting the OK in US