Local and state police Saturday engaged in a shootout with a Lehigh Valley, Pennsylvania man wanted on suspicion of shooting at a cigar store clerk the day prior after the clerk had asked him to wear a mask inside the shop.

Officers were staking out the Slatington home of Adam Michael Zaborowski, 35, around 9:35 a.m. when he left his house and got into his vehicle to leave, Lehigh Valley District Attorney James Martin said. After officers turned on the sirens to their patrol cruisers, Zaborowski began shooting, with police returning fire, Martin said.

Zaborowski was struck at least once and treated after being arrested, the district attorney said. He was taken to Lehigh Valley Hospital and was expected to survive. 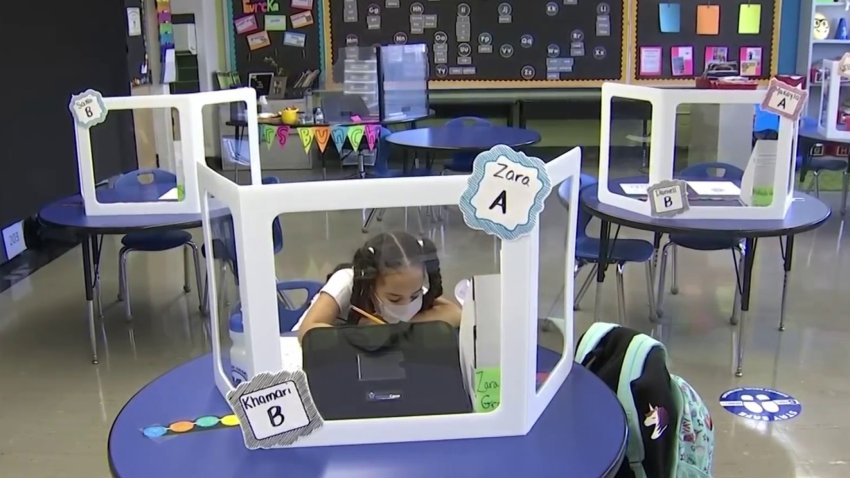 How to Reduce Coronavirus Risk at Schools, Games

One Slatington Borough Police Department officer was grazed by a bullet but was expected to be released from the hospital later Saturday, Martin said.

Police recovered an AK-47 rifle, a semi-automatic rifle, and a Smith and Wesson 40-caliber handgun, which Zaborowski used to fire at officers during Saturday’s shootout, Martin added.

Zaborowski was originally wanted on charges of attempted homicide, aggravated assault with a deadly weapon, robbery and having a firearm without a license. He was wanted for shooting at a clerk at Cigars International on Nazareth Pike in Bethlehem Friday afternoon.

Zaborowski entered without wearing a protective face mask and became upset when the clerk told him store policy required him to wear one, police said.

The clerk then offered to deliver cigars to Zaborowski outside, police said. He allegedly wasn't interested in that offer, and fled with the cigars as the clerk followed him out.

The gunman allegedly fired two shots toward the worker and a third into the air before escaping in a pickup truck. No one was struck by the bullets.

Additional charges are now pending against Zaborowski after Saturday’s shootout with police.