A Delaware County, Pa., school district wants to build an elementary school near two gas pipelines. An NBC10 Investigators analysis of school locations in southeastern Pennsylvania found the proposed school would be one of dozens that already exist near pipelines.

After a year of being cooped up in their Philly rowhome, Cameron and Brianna Stevens decided to buy a house on three acres in Delaware County.

“I wanted to raise our kids in an environment that was healthier and calmer and peaceful,” Brianna Stevens said.

The couple is expecting their first child.

So, when they heard that a new elementary school was being proposed right across the street, they saw that as a positive. 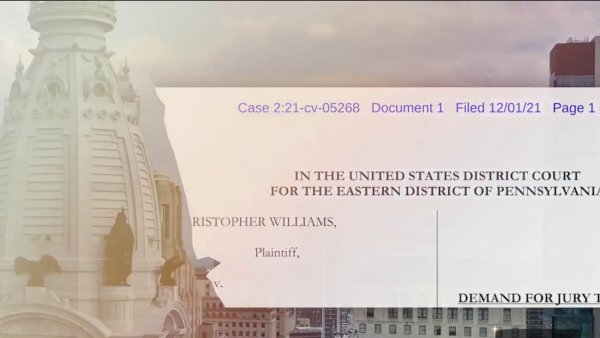 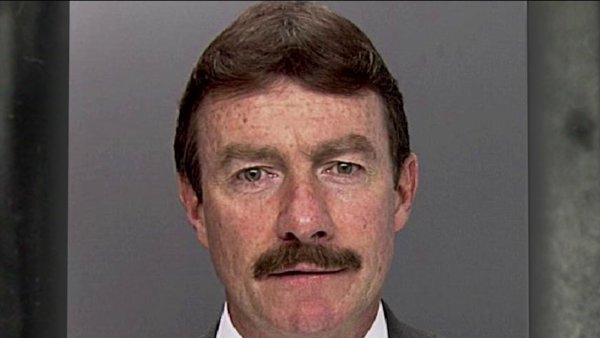 That is, until they learned about the two gas transmission pipelines running through a corner of the proposed school property.

The Rose Tree Media School District wants to build a new elementary school on a 36-acre plot in Edgmont to address a growing population. And so far, the district has paid $1.25 million for one parcel on the 1500 block of Middletown Road and is currently under agreement with the owner of the second parcel next to it.

Community meetings about the project have addressed a number of concerns from traffic to noise and lights. But the two 20-inch parallel gas transmission pipelines that traverse the eastern corners of the property have been of little discussion.

“I can't imagine what's worse than a pipeline being on the property that you're choosing to build a school,” Stevens said.

If the Rose Tree Media plan does come to fruition, it wouldn’t be the only school with gas transmission pipelines running by the property -- or with other pipelines in close proximity.

The NBC10 Investigators mapped out all schools and pipelines in the Southeast Pennsylvania region. And we found that dozens of schools in our region sit near hazardous pipelines.

Schools Near Pipelines in Southeastern PA

Dozens of schools in the greater Philadelphia region are already near hazardous pipelines, according to an NBC10 Investigators analysis. Search the map to find a school by using the magnifying glass in the bottom left.

“I am surprised that a new school would be built so close to a gas transmission line because we all want to keep our kids safe and the lines do pose a risk,” Caram said.

If gas were to leak out an ignite, it could cause an explosion, such as the one in 2016 outside of Pittsburgh. That incident severely burned and injured a man, and destroyed a quarter mile of land, including at least one home.

The pipeline explosion happened on the same Enbridge Texas-Eastern gas transmission system as the one that passes through the proposed Edgmont school site.

Pipeline officials determined that pipe corrosion led to the 2016 explosion.
Caram said corrosion is a “big concern” on older lines.

The Pittsburgh line was built in the 1980s. The two in Edgmont are from the 1940s and 1960s, according to an Enbridge spokesman.

Enbridge declined our request for an interview.

In a statement, a spokesman said, in part: “We routinely inspect and maintain our pipeline facilities to keep them in good operating condition.”

In federal filings, Enbridge reported seven gas leak incidents in Pennsylvania since 2013, including the 2016 one that led to the explosion. Most of those leaks were caused by parts of the pipeline failing.

Two large gas pipelines near a proposed elementary school in Delaware County are causes of concern for some residents. But as NBC10 investigative reporter Claudia Vargas found, other school districts have long co-existed with pipelines near or sometimes on their properties.

“Consultants have given no indication that the pipeline should be a concern for the school to be located at the site,” Gusic said.

The district’s Media-based consultant, ICS, declined to speak with the NBC10 Investigators and referred us back to the school district.

“That was part of our research looking at the documentation that was available to us at the time to help inform our decision,” Gusic said.

The Mariner East 2 pipeline carrying highly volatile liquids, and one of much controversy in our region, is one of the lines that is about 2,000 feet away from the proposed school property. The studies the school cited say that if there was an accident with Mariner East, the risk and consequences could extend anywhere from 2,000 to 3,000 feet.

Gusic said the district is following all state and federal safety standards. But did not specify which standards.

The state Public Utilities Commission, which oversees pipelines in the state, told the NBC10 Investigators that it has no oversight of the two Enbridge Texas-Eastern pipelines on the future school site. And the state Department of Education has no say in where a school is built if that school district is not using state funds, which the Rose Tree Media School District is not.

As for federal regulations, the Pipeline and Hazardous Materials Safety Administration agency doesn’t have authority over a school district wanting to build a school in close proximity to pipelines. The agency says pipeline operators must calculate the Potential Impact Radius (PIR), or area that would be affected by an incident such as an explosion, to “High Consequence Areas”, which includes schools.

Enbridge did not respond to multiple requests for the Potential Impact Radius of the pipelines that run on the Edgmont property.

Caram said that based on the size and pressure of the pipes, the blast radius could extend 400 feet.

“But there’s a BIG asterisk on that number given the other pipelines running through the property,” Caram said in an e-mail “Also the grade of the property and where the proposed building would be sited have a big impact on potential risk as well.”

Caram added that a Potential Impact Radius is usually determined through a risk assessment report. But so far, the Rose Tree Media School District has not commissioned such a report-- at least not one that has been disclosed publicly.

Jim Cunningham was on the school board when the idea of building a new elementary school on the Middletown Road property came about.

He says he was surprised to hear the rest of the board was willing to move forward with the plan once they found out about the pipelines on the property.

“We went through two years of difficulty with the Glenwood Elementary School and the pipeline that crossed behind it,” he said.

Cunningham, who served on the school board from 2015 to 2019, recalled how the board and district superintendent were in a panic over a Sunoco hazardous liquid pipeline and a valve station that were being installed behind the Glenwood Elementary School property.

“Spending money to go into litigation on it,” he said.

The district wrote letters to the state PUC calling for an investigation. It also joined a lawsuit against the operators of the pipeline, saying the project “exponentially increases the risk of harm to the students, staff and visitors.”

Sunoco for its part says it has safely operated pipelines near schools, hospitals and homes for decades.

The lawsuit is still ongoing and just last week, the Pennsylvania Public Utilities Commission denied the longstanding request to move the valve station from behind Glenwood Elementary School. The pipeline also remains on the neighboring property.

But Gusic, the current school board member, says the two pipelines carry different products (Edgmont is natural gas; Glenwood one has hazardous liquids.)

“They're not the same. They're not equal. We looked at a lot of factors, we looked at safety,” she said. “And that [Edgmont] site did not indicate as high risk.”

Pipeline safety experts, however, say that natural gas transmission pipelines do pose a risk and can be dangerous if it leaks or explodes.

“Gas will be coming out at the speed of sound like two gigantic jet engines and form a large cloud of vapor that will and can ignite,” said Don Deaver, a former Exxon executive turned pipeline consultant. “I would not want to live within half a mile of this pipeline myself.”

Dozens of Schools by Pipelines in Pennsylvania

One of numerous schools in southeastern Pennsylvania near hazardous pipelines is Skippack Elementary in the Perkiomen Valley School District.

Two parallel gas transmission pipelines -- which are part of the same system as the parallel lines that run through Edgmont -- run right by the elementary school.

Perkiomen Valley School District Safety Supervisor Dean Miller says “it’s not ideal” to have the pipelines there. But that so far they haven’t had any issues -- and are in close contact with Enbridge.

“Our crews are familiar that it's here, how to operate around it, what to do if they notice something about it that's not correct and who to call,” Miller said.

He said their safety plan calls for a preliminary evacuation of 1,000 feet from the pipelines, which includes the entire school.

Five other schools in the district also have pipelines near them -- and safety plans to correspond.

In the Rose Tree Media School District, opponents of the new school location wonder why the district is so set on a site so close to pipelines.

“It's not a case that we must build here. We don't have to build here. We have options,” Cunningham said. “So what is the obsession with this location?”