Jon Bon Jovi has been churning out love songs and arena anthems for nearly 40 years, but his latest release “2020,” has taken his music to another level.

It’s Bon Jovi’s most socially conscious album to date. Calling the collection, a “moment in time," he references COVID-19, the killing of George Floyd, the 2019 Dayton shooting, PTSD of returning soldiers and other issues concerning the 58-year old rocker.

But tackling hot-button topics can be divisive, especially with fans on both sides of the political aisle. Bon Jovi says that’s not his intention.

“I am a witness to history, and if I took that position throughout the project, I didn’t think it would be political. I thought it would be social commentary,” Bon Jovi said.

He defended his approach saying, “nowhere along this line does it say, you know, left, right, red, blue, black, white.”

Originally set for a spring release, the album was delayed, and a tour was cancelled because of the pandemic. That gave him more time to reflect on the world around him. That period added “Do What You Can,” a tribute to those fighting COVID-19, and “American Reckoning,” which was an emotional response to hearing Floyd calling out for his mother as a police officer kneeled on his neck. 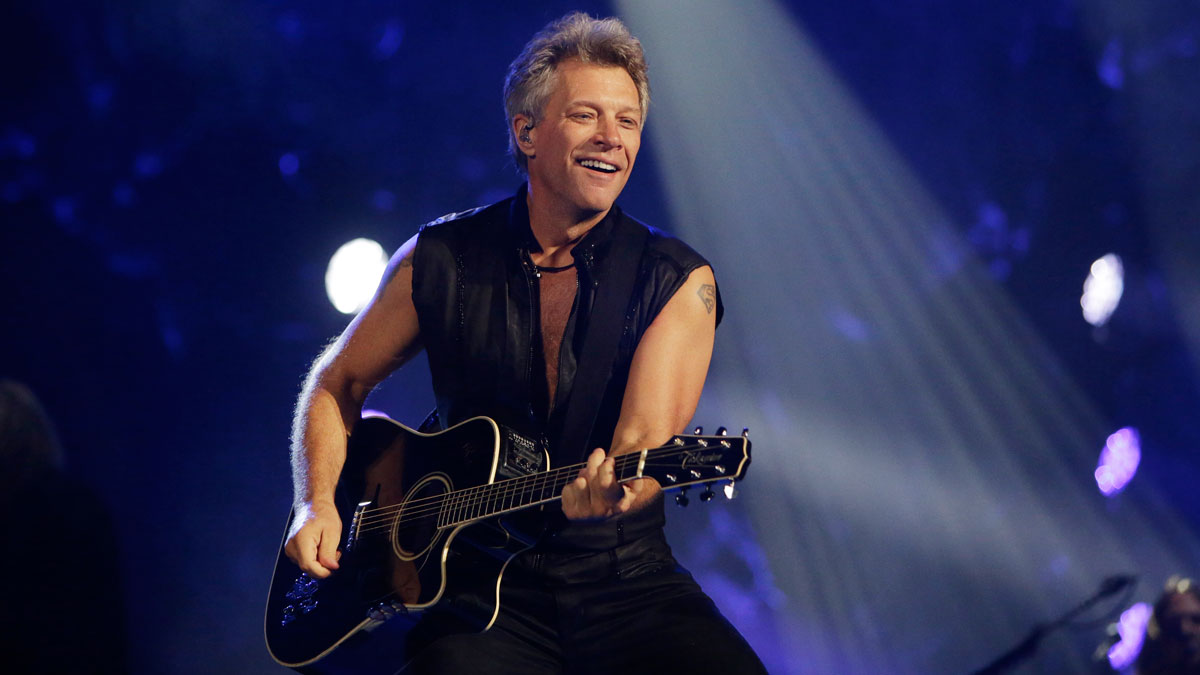 Singer Jon Bon Jovi Asks Kindergartners to ‘Do What You Can' 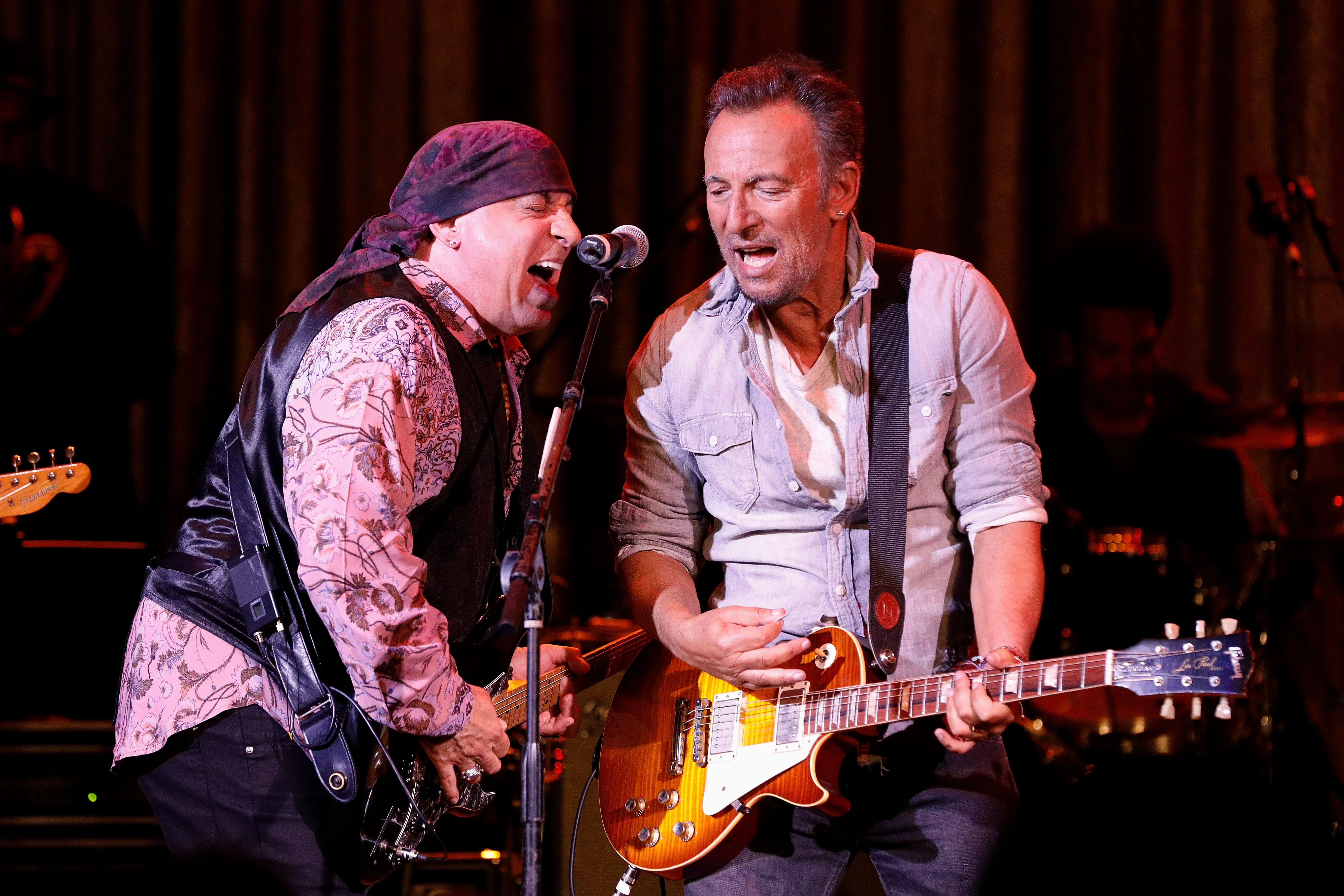 “My eyes welled up with tears and I couldn’t help but go in my room and try to write a song,” he said.

Proceeds from the single will support the Equal Justice Initiative.

Bon Jovi shared his thoughts on these tumultuous time during an interview with The Associated Press. He also spoke about the weirdness of the band’s recent live performance in Las Vegas, whether he plans to tour on the senior circuit like Bruce Springsteen or Mick Jagger and why he sees hope in the next generation.

AP: During a lockdown, a lot becomes evident. Where have you found hope?

Bon Jovi: I have a son who graduated high school this year, now as a freshman at college, and he’s not having any of the experiences that other kids would have had. But out of that, what I really believe in my soul is that those kids who were born out of 9/11 and graduate school in a pandemic are going to be the ones that are the innovators, the creators, the ones that are going to fix the mess that old guys like me and you left them. And I think that they’re gonna be the ones that don’t give a damn about the color of your skin or your sexual orientation.

AP: Did you have any concerns when writing about George Floyd in “American Reckoning”?

Bon Jovi: Even though we have the foundation and I’ve built affordable housing for 15 years from Newark to Camden to Philly to Georgia to L.A., I don’t pretend to know what it’s like to walk a mile in his shoes. And so, I made sure I wrote that down. If there’s a such thing as white privilege, then obviously I fit that profile: A white, older, affluent man who happens to also be a celebrity. I never had to have “the talk,” you know. And so, I made sure I wrote that down. And all of this, I had to make sure I got right.

AP: You had to cancel your tour but were recently able to play at the iHeartRadio Music Festival, which was without fans. What was that like?

Bon Jovi: I honestly said, “Of course, I’m a consummate pro. I’ll Iook down the lens. I’ll smile on cue. It’ll be great. Don’t worry, babe. We’re ready to go.” I watched the performance. Yeah, I hit all the notes, but I look at it and I go — I see what’s missing. You know, that genuine — all the sweat and smile and twinkle in my eye because I was performing for a camera. It was it was lonely.

AP: What has kept it fresh for you as you continue to evolve as a creator and a performer?

Bon Jovi: My aspirations, even at 25, were not to be 50 years old and pretending to be 25. So I had no desire to do that then, nor do I now. And I can sit here in front of you with gray hair and say (expletive) it, this is who I am. I’m 58 years old. I guarantee somebody somewhere will say, “This is dreck, and it doesn’t sound like ‘Livin’ on a Prayer.'” It shouldn’t sound like “Livin’ on a Prayer.” That was then. God bless that moment in time. But I don’t want to be that guy. I was that kid then. That’s not who I want to be now. It’s not fair to me and the process. Bruce is gonna go on the road, he’s 72. Jagger's out there — 110 (laughs) So the world’s changed.

AP: Do you see yourself hitting the road in the golden years?

Bon Jovi: No, I don’t, to be honest with you. I am waiting for the day Mick Jagger finally says enough for one reason: I just want to know where the end zone is.”