Pregnant Actress on COVID-19 Symptoms: ‘Feels Like My Head Is Splitting Open'

“I can’t get tested unless I start having trouble breathing,” Patti Murin wrote on Instagram

Broadway star Patti Murin, who is pregnant with her first child, thinks she has the coronavirus, but can’t get tested.

Murin, who played the role of Anna in the Broadway production of “Frozen,” shared a lengthy post on Instagram on Thursday outlining her condition.

“Even Disney princesses can get sick,” she began her post, which featured a picture of one of her dogs. “I started feeling very tired and achy with a fever and a cough that makes it feel like my head is splitting open from the inside out, and after talking to my incredible OBGYN, my GP, and a very kind doctor at Mt. Sinai over video conference, they are pretty certain it’s COVID-19.”

Despite the medical opinions she received, Murin, whose final turn as Anna came this past February, explained that she cannot get tested, although she remains grateful her health doesn’t appear to be in serious jeopardy.

“I can’t get tested unless I start having trouble breathing, so I’m going to count my lucky stars that I seem to be leaning towards the mild end of the scale,” the 39-year-old wrote. “And sure, while it would be nice to know if I’m positive or not, I’m not willing to walk into a waiting room and possibly get other people sick just for my own selfish informational purposes. Recovery plan for me is the same either way: sleep, tons of fluids, and Tylenol.”

Murin, who is due in July, also reiterated that she and her child are doing OK. 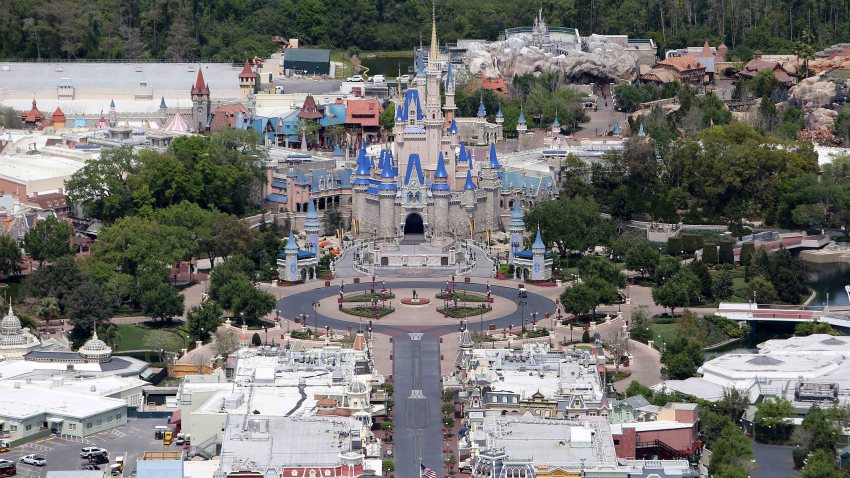 “I AM FINE, I SWEAR, AND SO IS THE BABY! This virus can’t cross the placenta, so my uterus is literally the safest place for little peanut right now,” she continued. While much is still unknown about pregnancy and the coronavirus, it is possible for women to pass the infection onto their babies. Research has not yet concluded if this can happen in the womb.

“I’m eating and drinking all the water in the world, and she’s kicking me almost hourly now, so I know she’s growing stronger by the day,” Murin continued in her update.

The actress remains upbeat about her predicament and considers herself fortunate that husband Colin Donnell, who starred on NBC’s “Chicago Med” for four seasons — where Murin once had a recurring role — is looking after her.

“Laughing makes me cough, which sucks, but smiling makes me happy, and my friends and family are helping me do just that and staying in contact as much as they can. Colin is taking excellent care of me. His TV doctor experience combined with his huge heart and love for me make for the best partner I could ask for, for this moment and for forever,” she wrote.

“And he’s feeling fine and staying an appropriate distance away! Also, Petey and Milo haven’t left my side, so I’m surrounded with love and healing energy on all sides” she wrote, referencing her dogs.

Murin took the time to remind others to remember the good work being done by other people during this public health crisis.

“I’m so lucky,” she wrote. “There are so many others who are not. Please keep turning your attention to them, and to the essential workers and the insanely brave and strong medical personnel, and to the people who are stocking your grocery shelves and delivering your food. The world is crazy right now, but this is not forever. Remember that. Love to all!”