Democrat John Fetterman posted a massive $11 million fundraising haul during the second quarter. He's on an advertising spree that's made him a near-constant presence on television in Pennsylvania. And he grabs attention with snarky, irreverent social media posts.

The only thing missing from one of the most competitive U.S. Senate races this year is the candidate himself.

Fetterman, 52, has yet to return to the campaign trail in a significant way since a May 13 stroke required surgery to implant a pacemaker with a defibrillator and prompted a revelation that he had a serious heart condition.

The advertisements currently on the air were recorded before the stroke. He hasn't fielded questions from the press. And when the hoodie-and shorts-wearing Fetterman did make a campaign appearance, it was under tightly controlled circumstances and without advance notice to reporters.

Democratic hopes to maintain — or even expand — their fragile Senate majority hinge on the party's ability to capture the seat being vacated by the retiring Republican Sen. Pat Toomey. And with barely two months until voters can begin casting mail-in ballots, Fetterman is absent from traditional retail campaigning.

But in an otherwise anxiety-provoking election year for Democrats, party officials in Pennsylvania say they're no longer worried about Fetterman's campaign and that they are being told repeatedly that he'll be fine.

“The campaign told me they figured mid-July he’d start getting out,” said Joe Foster, who recently retired as party chair in heavily populated Montgomery County.

Fetterman's campaign has provided little detail about Fetterman's health since early June, though it acknowledges he has not completely recovered from the stroke and sometimes struggles to speak smoothly. But they don't intend to wait for a full recovery and say Fetterman will be on the campaign trail soon. 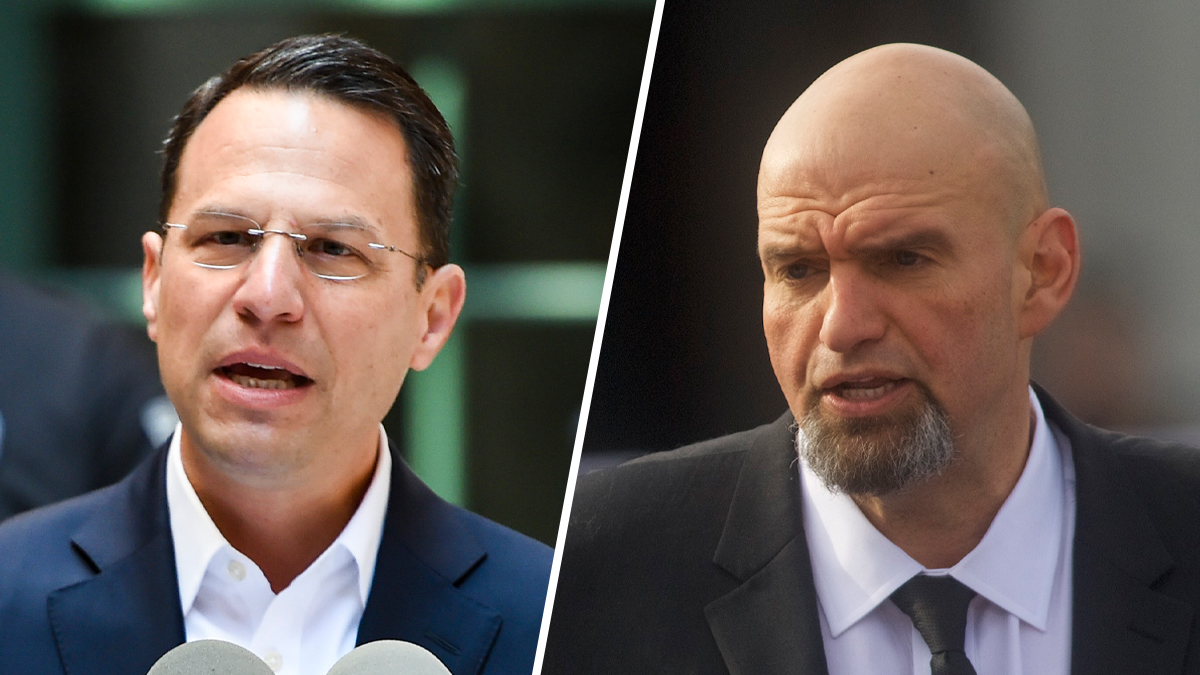 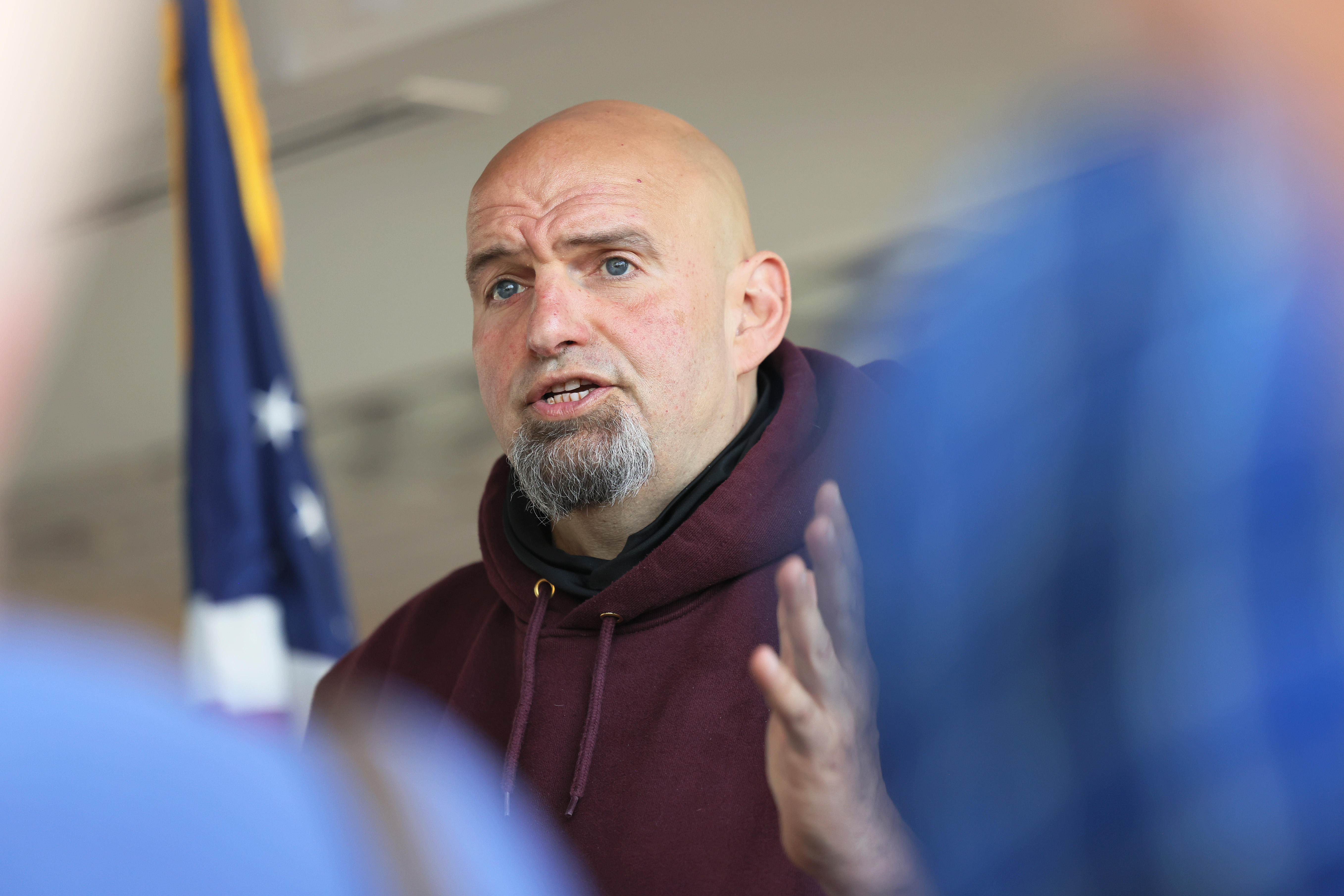 Next up may be a July 21 fundraiser scheduled with Democratic Jewish Outreach Pennsylvania. Fetterman, the state's lieutenant governor, had been expected to speak there, though his campaign hasn't said whether those remarks will be delivered virtually or in person at the event in suburban Philadelphia.

Meanwhile, Democrats are taking some comfort from what they perceive as a relatively quiet campaign by Fetterman's Republican opponent, Dr. Mehmet Oz.

Since narrowly winning the GOP nomination, the celebrity heart surgeon has campaigned in 40-some — by his campaign's account — largely low-key affairs, such as drop-ins at businesses, diners and fairs.

He also took time out to attend Michael Rubin’s party in Long Island’s ritzy Hamptons on July 4 and delivered keynote remarks at May's annual meeting in Boca Raton, Florida, for the Direct Selling Association — a trade group for “multilevel marketing” companies such as Amway.

Then there was the campaign video he recorded — at his sprawling home in Cliffside Park, New Jersey, just across the Hudson River from Manhattan where he practiced medicine, filmed his daytime TV talk show “The Dr. Oz Show” and lived for more than two decades before seeking Pennsylvania's Senate seat.

That played neatly into the hands of the Fetterman campaign, which had already been attacking Oz as a fabulously wealthy carpetbagging New Jerseyan who is out of touch with regular Pennsylvanians.

“Pro tip: don’t film an ad for your PA senate campaign from your mansion in New Jersey,” Fetterman’s campaign tweeted.

A Fetterman TV ad now on the air — recorded before his stroke in May — shows Fetterman calling the race a “fundamental choice” between himself who got into politics to be a mayor in Pennsylvania versus Oz who “just moved here to run for office.”

It references a news report on Oz's financial disclosure that his assets are worth at least $104 million and shows footage of Oz in February laying and kissing his new star on the Hollywood Walk of Fame.

“Hey, Doc Hollywood, save your money, Pennsylvania's not for sale,” Fetterman says.

Then Fetterman flew a plane over weekend beachgoers on the New Jersey shore trailing a sign that said, “HEY DR. OZ, WELCOME HOME TO NJ! ♥ JOHN.”

In perhaps the biggest trolling yet, Fetterman's campaign on Thursday released a video featuring Nicole “Snooki” Polizzi — star of the infamous MTV show “Jersey Shore” — telling Oz that she heard he moved to Pennsylvania to look for a job and reassured him not to worry “because you’ll be back home in Jersey soon. This is only temporary, so good luck, you got this and Jersey loves you.”

She then blew him a kiss.

In any case, Oz may have bigger tasks than proving his roots in Pennsylvania.

He's coming off a hotly contested primary campaign in which he absorbed more than $20 million in attack ads questioning his devotion to conservative principles on things like guns and abortion.

Even with former President Donald Trump's endorsement, Oz endured three weeks of counting and recounting before declaring victory by fewer than 1,000 votes, or less than one-tenth of one percentage point, over former hedge fund CEO David McCormick.

That's raised questions about whether Oz can unify Republicans heading into the general election.

On Thursday, Oz posted a 60-second campaign video online that showed him going for a jog in a park and welcoming Fetterman back to the campaign trail

"I'm glad Fetterman's healthy," Oz says, “so we can worry less about his heart and his hoodie and more about the crazy leftist ideas in his head.”

GOP officials say they are confident in Oz's ability to appeal to moderates who are critical to victory in the swing state and Oz is getting help from the Koch-backed grassroots organization Americans for Prosperity and the National Republican Senatorial Committee.

The NRSC also has worked to raise questions in voters' minds about Fetterman's health.

Last week, it created a fake “Have You Seen This Person?” poster online, showing Fetterman's face beneath that ominous question and, in the bio, this piece of information: “Last Seen: 05/13/2022.”

That was the day of Fetterman's stroke, just before a campaign event in Millersville.

While he's largely out of the public eye, Fetterman is still making fundraising calls and holding meetings with campaign staff, according to a campaign spokesperson.

He is living a relatively normal domestic life, doing chores like picking up his children and running to the grocery store, going out to dinner and taking day trips to Erie and Johnstown and a vacation to the Jersey shore.

An avid walker, Fetterman is getting his miles in, including nearly five miles on Tuesday, the campaign spokesperson said.

The campaign has released edited video clips of Fetterman, including an impromptu appearance last Saturday at a volunteer training session where he briefly addressed volunteers.

“I am feeling so great, and we will be back out on the trail soon,” Fetterman told volunteers, somewhat haltingly. “We’re almost at 100%.”