Voter registrations show a narrower margin between Democrats and Republicans in Pennsylvania in a critical year.

When President Barack Obama won Pennsylvania and the White House for a second time in 2012, he did so in a state where Democrats had an edge — upward of a million more registered voters than Republicans.

A decade later as Pennsylvania approaches an election and a Senate race that could help shape the second half of President Joe Biden’s term, that margin has been cut roughly in half. Democrats now have about 554,000 more registered voters in Pennsylvania than Republicans, according to statistics posted by the Pennsylvania Department of State as of May 2.

“What it means is we’re right back to being a hard core purple state,” said Christopher Nicholas, a Republican consultant and principal of Eagle Consulting.

Donald Trump won Pennsylvania and the White House in 2016, but lost both to now President Joe Biden in 2020. In statewide races in 2020, Republican Tim DeFoor won Pennsylvania’s Auditor General race and Republican Stacy Garrity won the race for State Treasurer, while Democrat Josh Shapiro won re-election to his job as Attorney General (Shapiro is now running for Governor).

So far this year, Republicans are outpacing Democrats in attracting party-switchers - with about 34,000 voters switching affiliation to Republican (from either Democrat or something else) and about 12,000 switching to Democrat, according to numbers from the Department of State.

Endrias Micael from Harrisburg is among the voters who changed parties this year. Micael says he initially registered as a Democrat when he was 18 - the year Obama first ran for President.

“I was caught by a voter registration person on the street and they just kind of came up to me and said, ‘Hey, trying to make history, and, you know, you should be a part of this,’” Micael recounted. 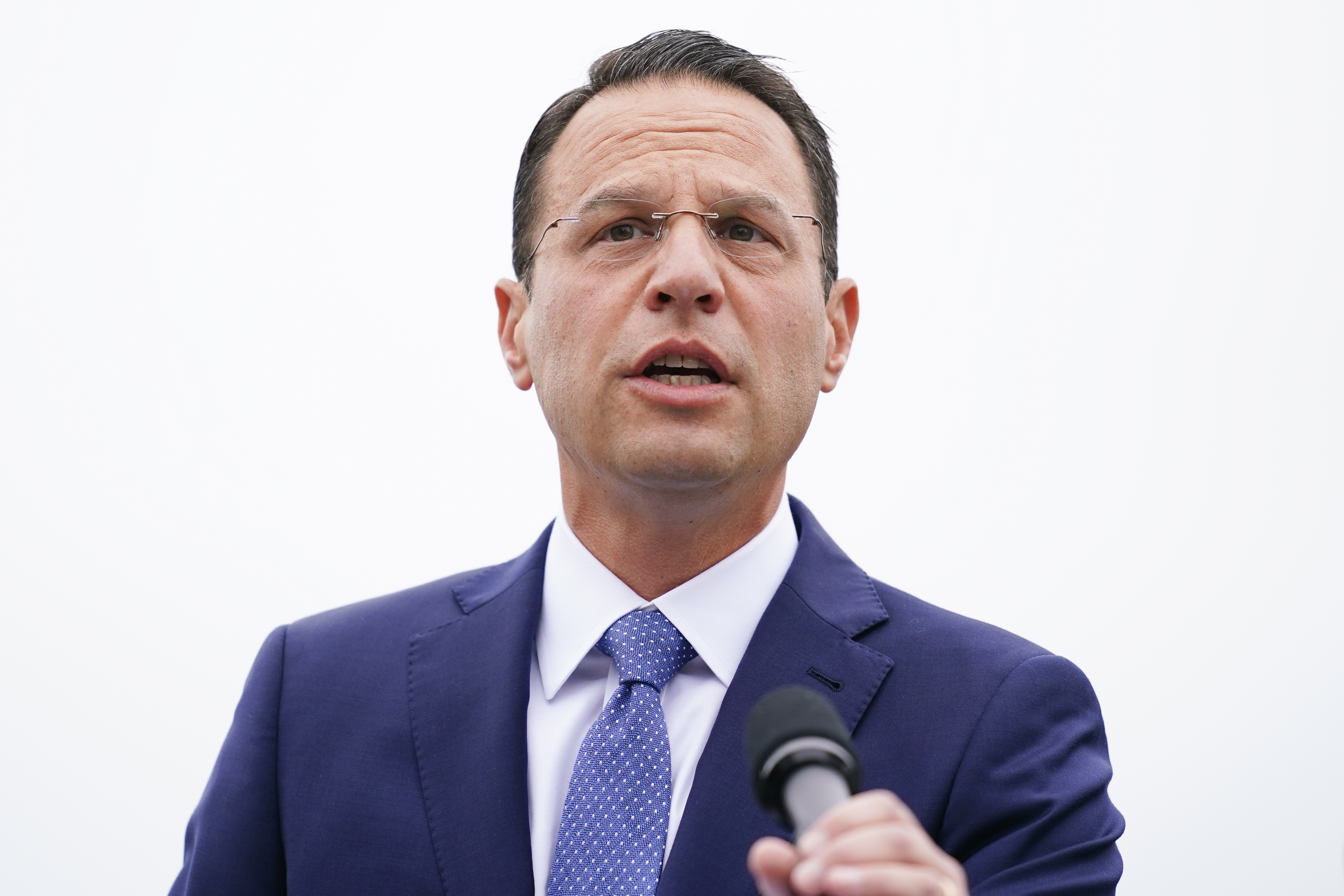 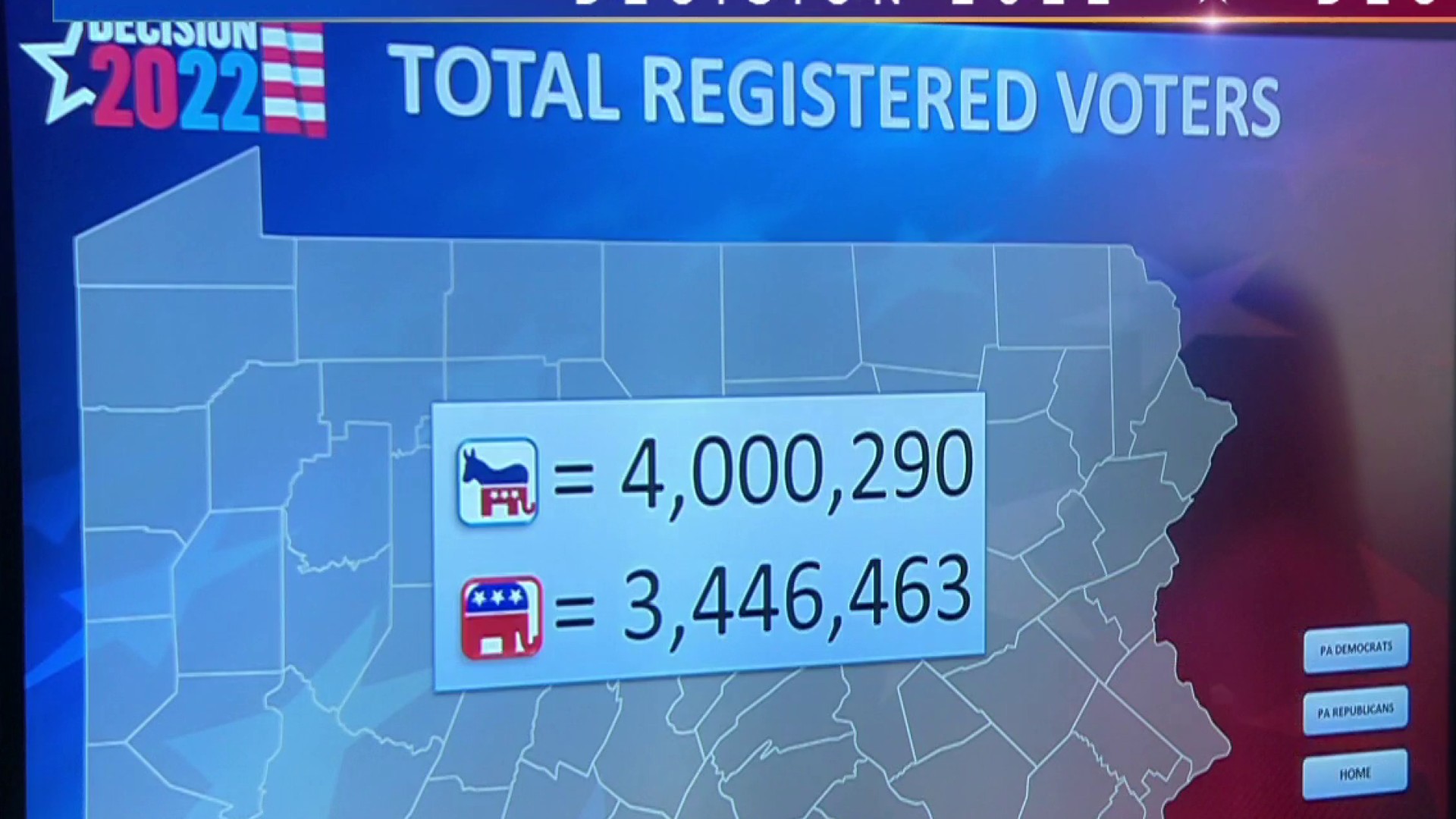 All Eyes on the Pennsylvania Primary

Micael says he’s become more politically active in the past two years, along with others with roots in the Horn of Africa region where his parents emigrated from in the 1980s. He decided to back Republican Kathy Barnette for Senate, and changed his registration to Republican.

“To turn to the Republican Party really wasn’t that big of a leap because a lot of us are heavily faith driven and … personally conservative in our personal lives,” he said.

At the time of the 2012 general election, there were a little less than 4.3 million registered Democrats in Pennsylvania, and a little more than 3.1 million Republicans. The gap has narrowed in the decade that followed.

“Right now you’re back to where we were in the early 2000s when I managed (former U.S. Sen.) Arlen Specter’s re-election campaign in 2004,” Nicholas said.

In November 2004, there were about 580,000 more registered Democrats than Republicans in Pennsylvania.

“People who change from Democrat to Republican probably haven’t been voting with us half a decade, a decade, or more,” said Corrigan, who works with progressive candidates and organizations.

People may have been voting a certain way for a while before deciding to change their affiliation when they move or get a new driver’s license, he said.

The smaller margin between the two major parties now in Pennsylvania also puts a spotlight on the nearly 1.3 million registered voters who are unaffiliated or belong to another party.

Corrigan says the numbers now on paper aren’t a game changer, but that Democrats ought to be appealing to “everyone.”

“It does sort of say to us, look you’ve got to go out and persuade more people to come to your side,” Corrigan said. “It’s not just about turnout.”