First Alert: Be on Alert for Snow Squalls Wednesday

Dangerous driving conditions due to poor visibility are possible

Be on alert for snow squalls on Wednesday as strong winds blow through the Philadelphia region.

We've issued a First Alert lasting through 4 p.m. because of the potential for a sudden burst of snow. Strong winds were threatening to blow snow around, making for extremely poor visibility, which could affect drivers, according to the NWS. 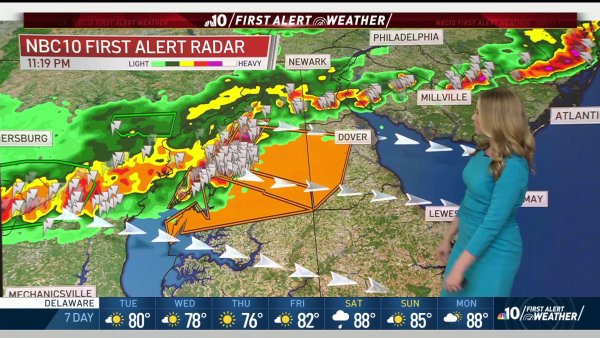 The warning followed a Tuesday evening storm system that moved over the Philadelphia area during the evening commute.

Winds gusts could hit 40 mph on Wednesday. They may be strong enough to push scattered snow showers through the area Wednesday afternoon.

Little to no accumulation expected. The temperatures Wednesday will be above freezing, climbing into the upper 30s. With the wind, however, temperatures will feel like they're in the mid-20s during the day.

Temperatures recover heading into the weekend. We'll see 50 degree weather Friday afternoon. The mercury will climb into the 60s on Saturday. The weekend warm up comes with rain that will linger through the weekend and be around for much of next week.