Police in northeastern Pennsylvania said this week that suspects returned the decapitated heads from four snowman placed around town as a holiday promotion and arts project.

Stroud Area Regional Police said the group of vandals captured on video in Stroudsburg in the early morning on Sunday came forward and admitted what happened.

The project led by the Go Collaborative picked artists for each snowman, which organizers say cost about $2,000 apiece to manufacture before they were painted and otherwise decorated.

The 30 snowmen are more than 5 feet tall and made from polystyrene with metal supports.

They were placed around town on the day after Thanksgiving, and local merchants have been coordinating their appearance with holiday shopping promotions.

Go Collaborative president Jim Evanisko says some of the artists spent considerable time on their snowmen. 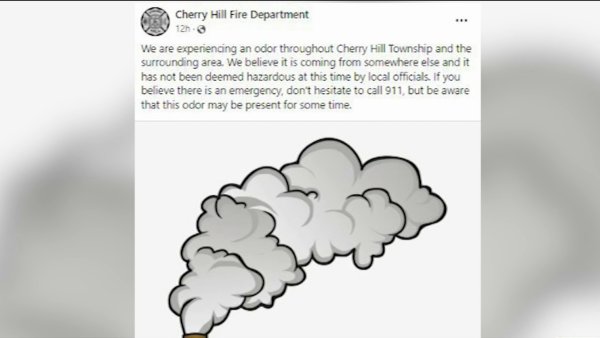 Unusual Odor Fills the Air in Parts of NJ, Pennsylvania

"Some are brokenhearted," Evanisko said. "The emails keep coming in, what can we do, how can we help."

He said the damaged artwork can't be fixed.

"It's like knocking the head off Michelangelo and gluing it back on," he said. "It ain't gonna happen."