11 Breakout Stars for Team USA at the Tokyo Olympics

These American athletes rose to star status on the world’s biggest stage. Watch their performances

Team USA stars like Katie Ledecky and Allyson Felix continued to add to their legacies at the Tokyo Olympics.

But the Games also saw American athletes who may not have been household names beforehand capture the spotlight on the world’s biggest stage.

Whether it was Caeleb Dressel in the pool or Sydney McLaughlin on the track, some Americans rose to star status with breakout performances.

Here were the top 10 breakout Team USA stars at the Tokyo Games.

The U.S. swim team had a Michael Phelps-sized void for these Games, and Caeleb Dressel did his best to fill it. In the first Olympics without Phelps since 1996, Dressel took home five gold medals. Three of them were individual golds, with Dressel setting an Olympic or world record in each of the victories.

The 24-year-old earned his first career individual Olympic medal by winning the 100m freestyle in an Olympic record time of 47.02 seconds.

The Torch Is Out: Full Recap of the Tokyo Olympics 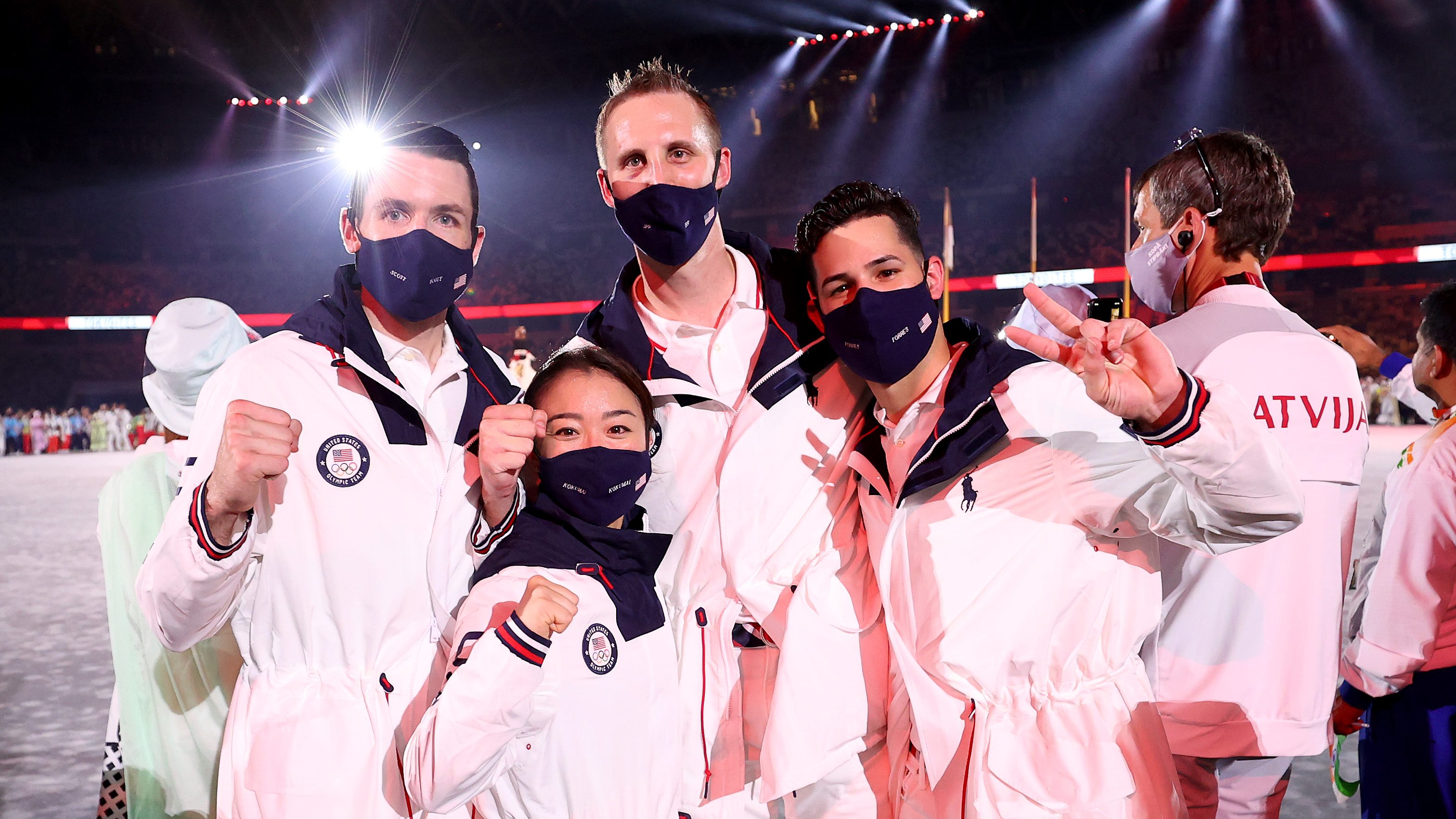 Here Are All The Gold Medals Team USA Won in Tokyo

His third individual gold came in the 50m freestyle, where he set an Olympic record of 21.07 without ever coming up for air.

Dressel added gold medals in the 4x100m freestyle and 4x100 medley relays, giving him seven for his career. The only event that he competed in and didn’t win was the first-ever 4x100 mixed medley relay, where the United States finished fifth.

Suni Lee claimed a gold, silver and bronze medal in her Olympic debut as an 18-year-old. With reigning individual all-around champion Simone Biles sidelined, Lee stepped up and ensured the gold remained with Team USA, becoming the fifth straight American to win the event.

She earned another individual medal in the uneven bars with a third-place finish. Her silver medal came in the team all-around final, when she and teammates Jordan Chiles and Grace McCallum stepped up in the absence of Biles after the first apparatus.

Bobby Finke may as well be known as the comeback kid. The 21-year-old first-time Olympian swept the men’s distance swimming races in dramatic fashion.

In the first-ever men’s 800m freestyle final, Finke went from fourth place at the 750-meter mark to capturing gold.

Finke came from behind again in the men’s 1500m final, surging from third to first in the final 150 meters.

Finke was flying under the radar entering the Games, but he left them as the greatest male distance swimmer in the world.

Jacoby then picked up a silver medal as a member of the 4x100 medley relay team. Not too shabby for a 17-year-old.

Sydney McLaughlin crushed her own world record and beat the defending Olympic champion to win the highly anticipated women’s 400m hurdles final. McLaughlin, who turned 22 on Saturday, topped her previous world record (51.90) by nearly half a second, finishing in 51.46 for her first Olympic medal.

Reigning gold medalist and fellow American Dalilah Muhammad also beat McLaughlin’s prior world record, but it was only enough to claim silver.

McLaughlin captured another gold medal in the 4x400m relay, where the United States put forth a dominant showing. Team USA finished in 3:16.85, almost four seconds ahead of second-place Poland (3:20.53).

In their first Olympic Games as teammates, Alix Klineman and April Ross proved to be an unstoppable duo. Team USA’s top women’s beach volleyball pair went a perfect 7-0 to win their first gold. And they weren’t just barely squeaking by opponents either, dropping just one set the entire tournament.

The 31-year-old Klineman, who made her Olympic debut in Tokyo, became Ross’ partner in 2017 after making the switch from indoor to beach volleyball. Klineman is the third different teammate Ross has won an Olympic medal with but the only one she’s earned gold with.

Like fellow gymnast Lee, Carey also earned a gold medal in her Olympic debut. Carey, 21, tallied a score of 14.366 to win the individual floor exercise final.

To become the third straight American to win gold in the event, she put aside her disappointing eighth-place finish in the vault final only the day before.

After her historic victory, an emotional Mensah-Stock gave a must-see interview where she discussed blazing the trail for women in wrestling and representing her country.

At 19 years old, Athing Mu ended Team USA’s longest active Olympic women’s track drought by earning gold in the 800m final. Madeline Manning’s victory in 1968 was the only other time an American won the event.

And that’s not all: Mu became the youngest American woman to win an individual Olympic track and field gold since Wyomia Tyus’ 100m win in 1964.

Mu added to her medal haul as the anchor on the gold-winning 4x400m relay team.

Xander Schauffele has come oh so close to winning a major golf championship in his career, tying for second at the 2018 Open Championship and 2019 Masters. The 27-year-old didn’t win a major in Tokyo, but he did add a huge victory to his resume.

Schauffele, who took a one-shot lead into the final round, held on to capture the fourth-ever men’s Olympic gold medal in golf. He finished the tournament 18-under-par, one stroke better than silver medalist Rory Sabbatini from Slovakia.

Schauffele joined Charles Sands as the only Americans to win a men’s Olympic golf gold.

Raven Saunders won silver in the women's shot put with a throw of 19.79m. Saunders is known for her love of comic book-inspired masks as well as her passion for drawing attention to mental health and social justice issues. After the podium ceremony for the women's shot put, Saunders formed an "X" with her arms, a demonstration she said was meant to represent "the intersection of where all people who are oppressed meet."

Shortly after her silver medal performance, Saunders revealed that her mother had passed away. The International Olympic Committee was originally investigating the "X" gesture, but ultimately decided to suspend the investigation after news of her mother's passing became public.