Sixers Talk Podcast: Turkey, Stuffing and All the Trimmings

Danny Pommells and Paul Hudrick are joined by Noah Levick to discuss Ben Simmons' three steals in the final 14 seconds of the game against the Pacers, Joel Embiid's scoreless game against the Raptors and Tobias Harris becoming more aggressive.

• Simmons' defense is on another level, but can he improve his finishing?

• Embiid's scoreless night in Toronto has been sandwiched by plenty of encouraging signs.

• Harris has been having more of a "scorer's mentality" over the last few games.

Flyers Vs. Panthers: No Ryan Ellis, No Upset of Undefeated Florida 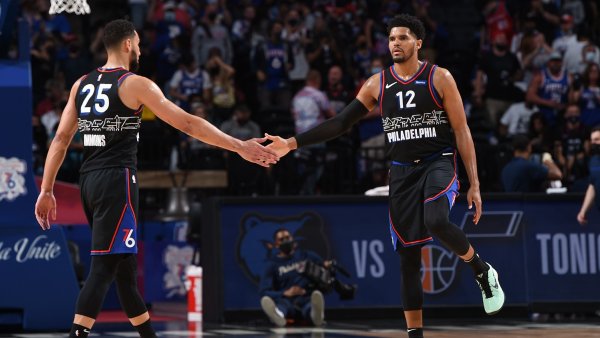