Philadelphia will not be The King's next realm.

LeBron James has picked the Lakers, per his agency, Klutch Sports. James' contract with Los Angeles is four years, $154 million. The fourth year of the deal, which will be James' age 37 season, is a player option, per ESPN's Brian Windhorst. 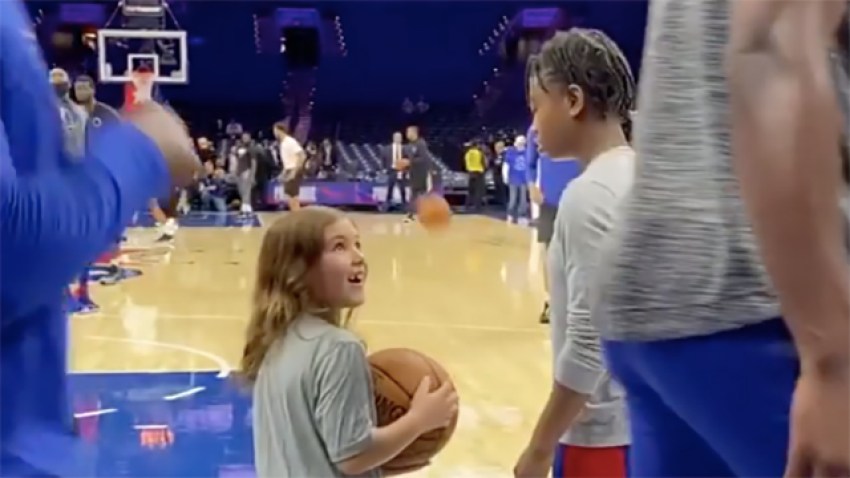 This comes after a high-level Sixers contingent met with James' reps, most notably his agent Rich Paul, earlier Sunday. LeBron was reportedly not present at the meeting. According to Windhorst, via The Athletic's Derek Bodner, James made his decision days ago and Sunday's meeting with the Sixers was only a courtesy, as they were never in the running with the Lakers and Cavaliers.

.@WindhorstESPN said on ESPN News that LeBron had come to this decision days ago. Said today's meeting with the #sixers was a courtesy meeting. Had some interest, but they were never in the running. Says it was a two team race: Cleveland and Los Angeles.— Derek Bodner (@DerekBodnerNBA) July 2, 2018

With James and Paul George now off the board, it's conceivable that the star-chasing Sixers will turn their full attention to the only available star remaining in Kawhi Leonard.

According to Yahoo Sports' Jordan Schultz, the Spurs' asking price in a trade with the Sixers is two unknown players - he ruled out Ben Simmons and Joel Embiid - and three first-round picks. Building off that, ESPN's Adrian Wojnarowski reported Simmons, Embiid and Markelle Fultz are off-limits in trade talks for Leonard. Earlier in the week, Sports Illustrated's Jake Fischer reported the Sixers discussed internally a package that includes Dario Saric, Robert Covington and the Heat's unprotected 2021 first-round draft pick.

Although, ESPN's Adrian Wojnarowski followed up the LeBron news by again reporting Leonard still wants to be Laker.

Sources: As trade talks have unfolded, Kawhi Leonard's focus is unchanged: He wants to be a Laker. https://t.co/0wZGf5MrNt— Adrian Wojnarowski (@wojespn) July 2, 2018

While Leonard's preference is to go to the Lakers, ESPN's Ian Begley reported Sunday that "there are several people with Philadelphia who feel confident that Leonard would strongly consider re-signing there next summer if they traded for him." With LeBron now in Los Angeles, that could be a tougher sell.

On the free agency front, the Sixers still have over $26 million in cap space that they're able to spend. After missing out on the two free-agent stars, they'll likely be in the market for one-year deals this summer to keep their projected cap space of $40-plus million in 2019 open so they chase stars again. If they land Leonard, that agenda could change in an effort to build the best possible team around Leonard, Simmons and Embiid for next season.