MILWAUKEE - Jrue Holiday scored 28 of his season-high 36 points after halftime to lead the New Orleans Pelicans to a 123-121 overtime victory over the Milwaukee Bucks on Sunday.

Holiday added nine rebounds and six assists for New Orleans, which held on for its season-high fifth win in a row when Jason Terry's 3-pointer was ruled after the buzzer.

Anthony Davis, who entered the game as the league's third-leading scorer (27.7 ppg), added 27 points and 13 rebounds. 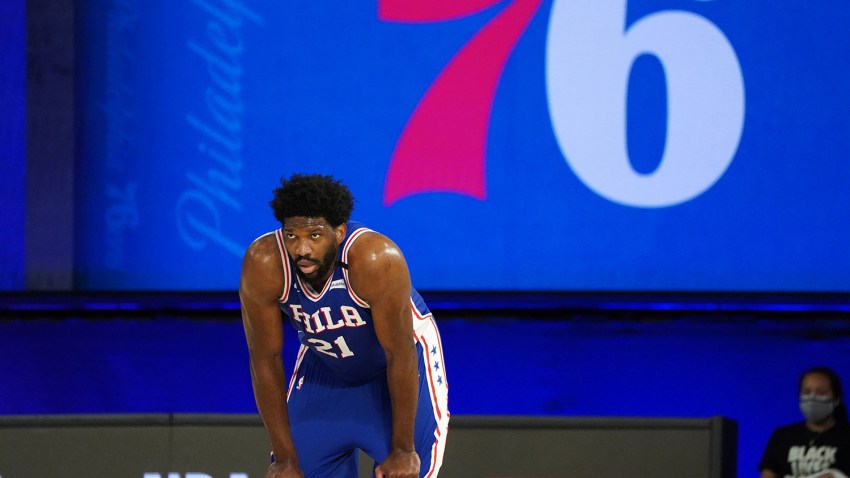 The Pelicans trailed by 18 early in the second half but outscored Milwaukee 38-19 in the third quarter.

Khris Middleton scored 25 points for the Bucks. Giannis Antetokounmpo, the No. 2 scorer in the NBA (27.8) and Eric Bledsoe each added 20, but the Bucks lost for only the fourth time in the last 14 games and fell to 9-26 all-time against New Orleans.

Rajon Rondo came up with the play of the game by draining a 3-pointer from the right wing as the 24-second clock was about to expire to give the Pelicans a 123-119 lead with 1:25 remaining in overtime (see full recap).

Harden had 27 in the first half and seven in the fourth quarter, when the Rockets held off a late Denver rally. Harden has scored 40 or more points nine times this season. He finished with seven assists.

Nikola Jokic had 21 points and 14 rebounds for Denver, which had its four-game winning streak snapped. Will Barton added 25 points.

The Rockets are 21-4 since Dec. 29 and own the best record (46-13) in the NBA. They are outscoring teams by an average of 12.5 points during the 12-game winning streak. The five-point win Sunday was their closest game during the streak.

Harden scored 14 points in the last 2:47 of the first quarter and assisted on Houston's other two baskets to end the period when the Rockets extended the lead from five to 13 (see full recap.)

Green, who missed Friday's loss at Denver with food poisoning, came off the bench for the first time in 49 games this season. He made five 3-pointers to provide a perfect outside complement to Aldridge's dynamic inside game. Dejounte Murray added 13 points and nine rebounds for San Antonio, a team not accustomed to any turmoil.

But the Spurs have not been themselves lately while playing without star Kawhi Leonard. They had dropped six of seven and four in a row on a trip (their arena hosts a rodeo every year) that coach Gregg Popovich's squad typically uses as a spring board into the playoffs.

LeBron James had 33 points, 13 rebounds and nine assists for the Cavs, who fell to 3-2 since overhauling their roster with three trades (see full recap).

Howard leads Hornets over Pistons
CHARLOTTE, N.C. - Something has changed for the Hornets' bench in the last three game. Cody Zeller calls it "rhythm." Frank Kaminsky calls it "flow."

No matter what name this newfound chemistry goes by, it has added up to the best play of the season from Charlotte reserves. And Sunday, it meant the difference as the Hornets beat the Detroit Pistons 114-98 for a season-best fourth straight win.

Dwight Howard led the Hornets with 17 points and 12 rebounds, while Kemba Walker also recorded 17 points for Charlotte. But it was the Hornets' bench outscoring Detroit's reserves 51-28 that gave Charlotte the biggest edge.

"This is maybe the best 3-4 games we've played all season just because we're starting to put it together, especially on the defensive end," Zeller said. "Everyone is tied together."

The Hornets improved to 27-33 while making a push toward the No. 8 seed in the Eastern Conference for the playoffs. The Pistons have 28 wins, and there are eight teams in the conference with at least 31 victories (see full recap).